A pint of beer cost £1.28, the average house price was £51,000 and Sleeping With The Enemy was Number One at the box office. But perhaps most apt of all is that Chesney Hawkes was at the top of the charts with The One and Only!

On May 6, 1991, the ‘one and only’, David Doran, joined the team of a newly opened Carlton Manor Hotel in Corby. And he is still there 30 years later, at what is now the Holiday Inn Corby – the man who is truly the heart and soul of the hotel!

David started in the role of conference porter, a role he continues to this day, heading up the hotel’s conference operations. Those who regularly attend meetings and events will know him well, from his days working for a private hotel, then when it became Stakis, then Hilton and now Holiday Inn Corby.

You do not last as long as David has in one place if you don’t really make your mark on people. David’s warmth, loyalty and unending service truly set him apart from others, which is why he is at the centre of the hotel’s current marketing campaign.

With the four-star Holiday Inn Corby reopening to all guests with all facilities from May 17, the hotel team wanted to share that exciting news whilst also telling the world more about David. After all, as its latest hashtag states, we could all #bemoredave.

To set the ball rolling, current GM Martyn Hewitt sat down with David for a quick chat… 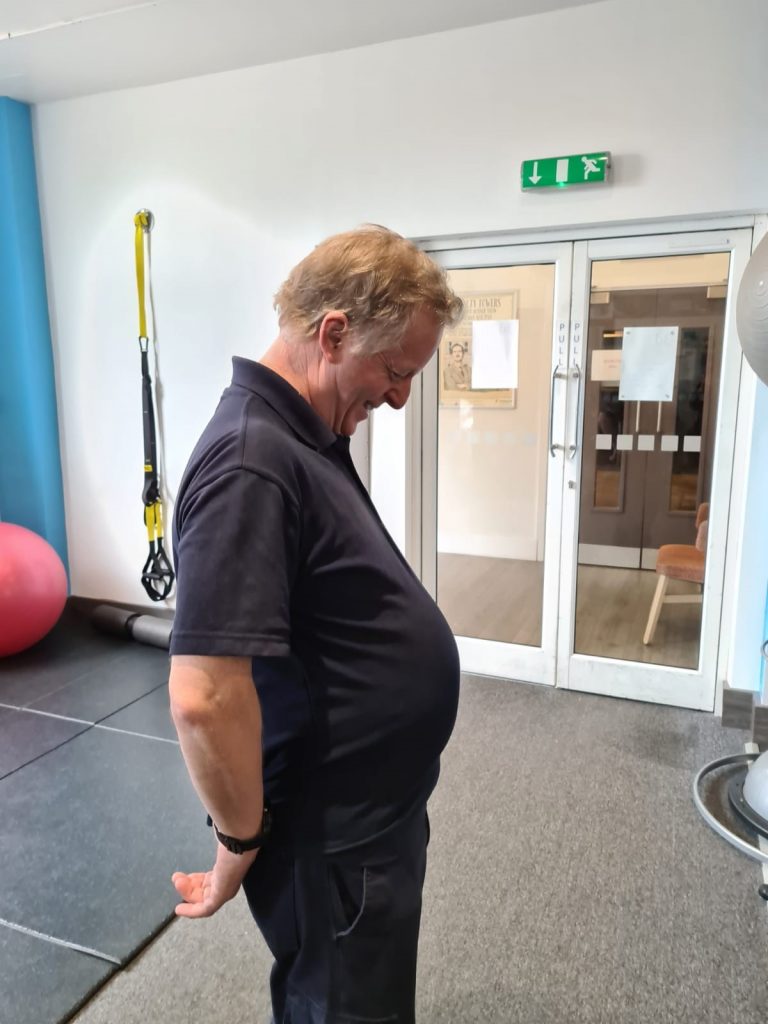 Does it feel like 30 years since your first day at the hotel?

I’m surprised myself when I think about how long it has been, and so much has changed since then. My first day was also the day the hotel opened, so everything was new. I remember the head porter showing me what to do when I was taking guests to the rooms and it was quite nerve-racking at first. There were no key cards then, we used to give guests the actual door key with the big plastic key fobs – and plenty of them still managed to lose them.

What made you join the hotel?

I was working in a factory and looking for something different. I used to take the bus to work, and we went past the hotel as it was being built. I saw it go up, bit by bit, not knowing at the point that I would be working there.  My dad worked in a hotel in London, so I had an idea from him what the job was like so that was where it all started.

You must have had some memorable moments, tell us about a few of them

It’s got to be the big regular conferences and events we used to do. I remember the bridge weekends, there would be about 70 or 80 people and they took over the whole hotel for the weekend every three or four months, and again at Christmas.

But the busiest times would be back in the days when RS Components had their catalogue launches and they’d take all the meeting rooms and some bedrooms as well. We’d have half a day to set up, clearing bedrooms of all the furniture, so that they were just meeting rooms, putting it all in storage while RS were in.

You must have seen some famous faces over that time?

Back when Rab C Nesbitt was really big on television, his crew came down from Glasgow for a gig at the Civic Centre. Gregor Fisher, who played Rab, was very kind. I had to go to the room for something and we chatted, and he gave me his autograph, which I’ve still got. I remember they had quite a night when they got back from the show, there were people dancing in the fountain. But they said to me that once the show is over and they can relax, then they need their chance to chill out, too.

What’s the most amount of luggage you’ve had to carry?

When the coach parties came in was the worst, it used to take us ages to get all the cases to the room. Now we have luggage trollies that make it a lot easier but there was a time when we had a sack barrow. Once, I managed to get six or eight cases up to a room, one under my arm, the rest in the barrow and when I got them there, the guests weren’t happy with their room and wanted to move, so I had to start all over again.

What are the memorable changes you have seen at the hotel in your time?

The recent refurbishment is the big one. When Stakis took over they updated certain things, so did Hilton, but although they always talked about big changes, they never really happened. Then Holiday Inn came in I thought the same thing, but how wrong I was. Over the years we’ve gone from 78 rooms to 105, and now 110. And there’s nothing left of the reception area as it was, it looks fantastic now and I do admire Holiday Inn for what they have done. And I’m not just saying that because I work here!

One of the worst was when I’d worked quite hard getting ready for six meetings the next day and even though I was due to be in for 6.30am to finish setting up the rooms, I went to see my sister the night before and we had a few drinks. Anyway, a bit the worse for wear, I tripped on the lino on the stairs and fell flat on my face and smashed my nose. My sister had to ring the next morning to say I wouldn’t be in and they had to get two duty managers who were on day off to come in to cover for me. I had four months of ribbing afterwards because of it.

What are you looking forward to in the next 30 years?

I’m just always looking out to see if I can improve myself, you never stop learning and it’s been an eye-opener for me, during lockdown, helping out with the F&B side and cleaning jobs. It’s good to be involved in all parts of the hotel, not just focused on the porter side. I’m looking forward to getting the wider hotel back up and running. It’s good that we’re coming back and scary to think that some places won’t reopen. Everyone was a bit worried last year, but we’re getting back to normal now.

All of the team (including David!) are very much looking forward to welcoming guests back to the hotel. The 110-room hotel has been fully refurbished during lockdown, with lovely outside seating areas and great conference and event facilities. There’s also 3D Leisure, which offers great gym, pool and spa facilities, and a lovely open lobby – the perfect place to unwind!