You could argue that in the past Thornton College has been a hidden gem in Milton Keynes and the surrounding areas. However, the national awards it has achieved over the last couple of years have raised its profile and reputation both in the education sector, with bodies such as the GSA (Girls School Association) and ISA (Independent Schools Association), but also in our local geographical areas, and it is now no longer such a hidden gem!

So what makes Thornton so special? On paper, it is the only leading day and boarding school for girls in our area. It is consistently ranked as one of the top non-selective schools in the UK. It is a Catholic School with strong Christian values of tolerance, respect, kindness and patience, and it welcomes girls of all faiths and none. Today, around 20% of students are Catholic.

But there is so much more to share about the school. Its history, its ethos, the family community feel that all students and parents experience, and although it looks like a traditional independent school it is forward looking – leaping into online learning, piloting robotics in the classroom, AI and VR, winning local and national competitions and celebrating fantastic GCSE and A Level results.

Parents often refer to the ‘magic’ feel of the place, with over 97% of current parents saying that they would recommend Thornton to family and friends.

“My daughters joined in Year 7 and it has been a magical journey since day one – the care of and interest in our girls made sure they didn’t just achieve their potential but more than they ever thought they could. Thornton College allowed them to dream and said yes you can.”

In the last year alone Thornton has won the Independent School of the Year Award 2020 for its Student Careers Programme and was a finalist school in the ISA Awards 2020 for Outstanding STEAM Provision. Thornton won two of the four national categories in the ISA Excellence in remote learning competition; two Year 7 students won the Herts and Essex Virtual Science Fair; 22 senior students reached the grand final of the Performing Shakespeare competition run by the English-Speaking Union; a senior student was awarded the MK Music Festival Musician of the Year; and prep and senior students got to the national finals of a maths challenge and competed in the Schools Equestrian Finals. Thornton College has been recognised and awarded as a Good Care for Diabetes School and achieved the student led Eco Schools Green Flag award. 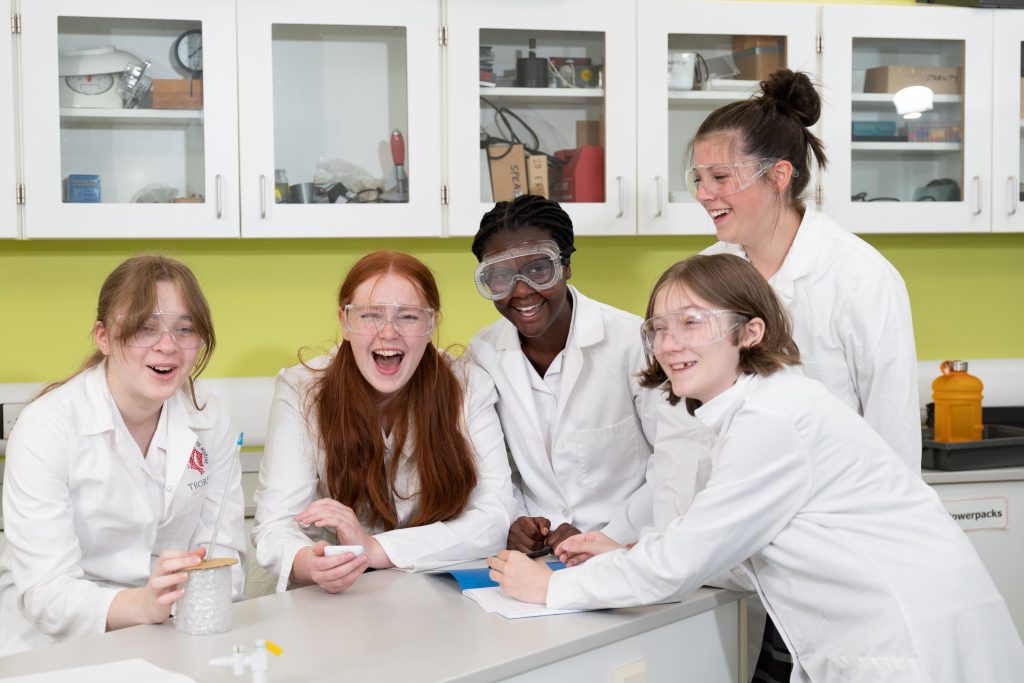 Recently, Thornton has been recognised again and has been shortlisted for the Independent Girls School of the Year Award 2021 and has submitted for the ISA Junior School of the Year Award 2021. To be shortlisted among over 550 independent schools across the UK is a huge achievement and Thornton College is a school with a growing reputation and recognition.

Again this year, Thornton College students have achieved outstanding results in their A Level and Vocational Qualifications, with 100% securing a place at their first-choice university:

A number of students achieved straight A*s and As and this year’s students will go on to pursue courses including architecture, animal science, archaeological science, medicine, law, psychology, and veterinary science at a range of institutions including King’s College London, York and Nottingham.

“The grades that each student received on results day are not just grades that have been plucked out of the air, they are evidence of hard work over the last two years and over many years to reach this point. As a school, we didn’t lose a single day of learning during lockdowns and restrictions, and we believe this has paid off.
The fact that each girl continued to attend live lessons every day via Zoom and submit work for marking and feedback, tracks clearly the efforts and results over time, which has led to these outstanding results.

“I am very proud of the resilience of every student and the fact that they kept working hard with the end goal in mind through two challenging years.”

Thornton College is an incredibly diverse and multi-talented community where each girl can thrive to be the best version of herself, to know her own strengths, to recognise her own challenges and to pursue with confidence the next stages of her life.

If you would like to visit Thornton College, the next Open Day is on Saturday October 9, register for this event via email admissions@thorntoncollege.com

If you would like any further information about Thornton College then email Jennifer Walker, Development and Marketing Director, at JWalker@thorntoncollege.com