Air passengers are enjoying a taste of VIP treatment with their football sporting heroes in a new premier project unveiled at Birmingham Airport.

Enjoying the sweet taste of success is Emerald House Associates (EHA) who creatively collaborated with teammates Ratcliffe Fowler on the project for Cadbury, which will be in situ at the airport for the rest of the year.

Proving they are ahead of the game, Emerald House Associates, who specialise in the luxury display industry, worked with agency Ratcliffe Fowler, who designed the concept for the airport promotion for Cadbury’s football themed interactive installation.

The airport activation allows thousands of daily air travellers the opportunity to be snapped shoulder to shoulder with their favourite football sports stars as part of the confectionary company’s Cadbury F.C. campaign project, which was built and installed by Emerald House Associates.

EHA, who specialise in supplying all the UK’s major airports with innovative and creative design projects promoting premium products to travellers, proved they were on the ball for the creative challenge. 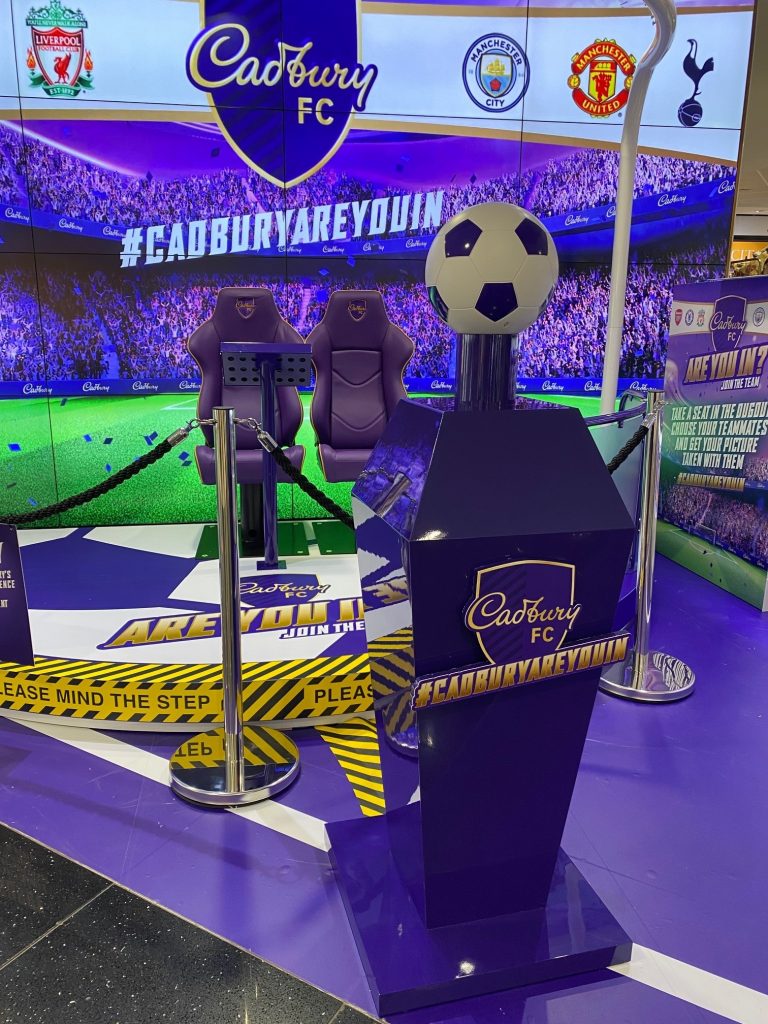 As a key player in the project, EHA’s experts built and installed the promotion ensuring the bespoke construction was airport compliant. Transferring their extensive skillset, EHA created the 3D life size football, which forms the centrepiece of the podium unit design, housing a camera and ring light.

The innovative technology allows fans to be photographed alongside their favourite superstars from some of the UK’s top teams including Arsenal, Chelsea, Liverpool FC, Manchester City, Manchester United and Tottenham Hotspur. 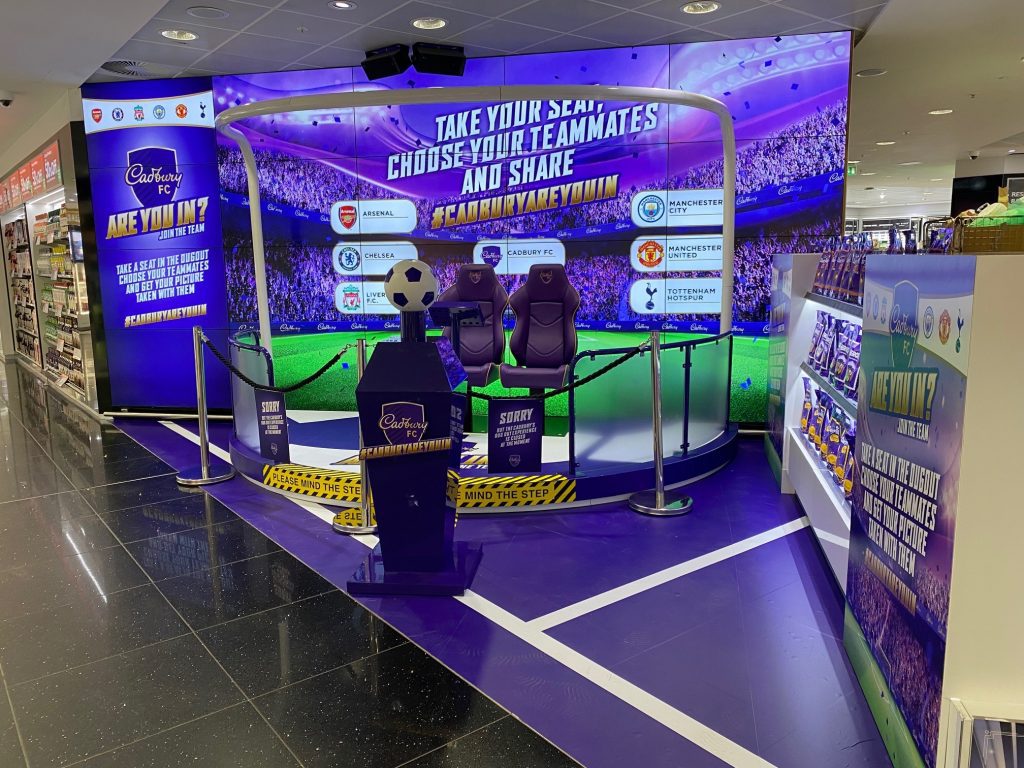 “This was a fantastic project for us to be involved in and allowed us to utilise the cutting-edge 3D printing equipment we have heavily invested in recently, which helps bring to life bespoke projects for our clients.

“We have worked with Ratcliffe Fowler on previous projects and were thrilled we could collaborate on this promotion for their client Cadbury, which allows football fans to be photographed with Premier League stars. It is a winning concept, especially as a host of famous faces feature on the interactive installation. It was an exciting challenge!”

The installation, which will remain in situ until December, was another unique airport activation EHA has worked on and is the latest in the company’s growing portfolio of successful projects covering confectionary, liquor and beauty promotions for premium global brands including Coty, Chanel, Burberry, Dolce & Gabbana, Gucci, Hugo Boss, Jack Daniels, Jameson, and Tiffany & Co.