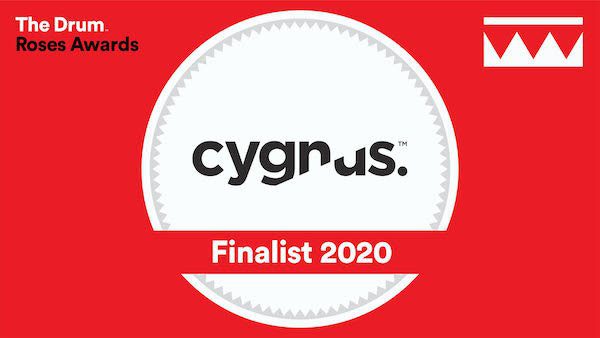 We are absolutely thrilled to officially announce that Cygnus are a finalist for The Drum Roses Awards 2020!

The Drum Roses Awards identifies, rewards and celebrates the best work across advertising, digital and design. Each year agencies battle it out over a diverse range of categories and compete for a Gold, Silver or Bronze accolade.

We’re excited to share that we have been nominated as finalists for the ‘Christmas is better shared’ Papa John’s – Pizza Box Packaging.

As part of our integrated Christmas campaign and partnership with the charity ‘Crisis,’ we created a disruptive pizza box design that not only targeted our Gen Z audience and generated competitor stand out but more importantly, was designed to raise awareness of ‘homelessness’ during the festive season.

As we know, Christmas should be a joyous time shared with family and friends however, this isn’t the case for everyone, so the urban style illustration centred around bringing people together at a very special time of year, building on the brands purpose of ‘togetherness.’

The box design, illustrated by Mike Hughes, was further supported with a ‘Where’s Wally’ style activity which allowed customers to get lost in the detail of the illustration and search for the Papa John’s festive items cleverly hidden within the illustration. This process took six months from initial sketches to final printing and was only one element of the integrated campaign.

“It was a true labour of love and probably one of the most detailed pizza box designs you’ll ever see. As the centrepiece to our integrated campaign, we wanted it to work really hard with our audience and become an interactive piece where people could get truly lost in the intricacies of our festive scene illustration. It was a truly collaborative affair with our creative team here at Cygnus and the talented Mike Hughes”

It’s a brilliant achievement for the team at Cygnus to be recognised amongst many credible fellow finalists. It’s great to celebrate some positive news in the current climate and we’re excited for the awards ceremony in May.

To find out more about Cygnus visit: www.cygnus.co.uk