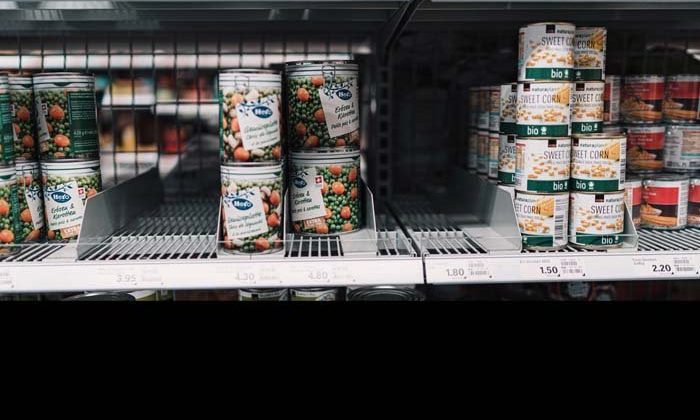 MK Foodbank (Into the Community) has received its largest emergency grant to date. This important service needs £50,000 a month to meet the increasing need of families in Milton Keynes and MK Community Foundation, in partnership with National Lottery, has agreed to provide £25,000 a month from May to August to help support the community.

Pre-pandemic, MK Foodbank relied mostly on donations, but with lockdown came food shortages and the Foodbank had to buy food to meet the increasing need. MKCF was able to provide an immediate cash injection of £10,000.

In partnership with MK Council (MKC), Into the Community set up Food Bank Xtra, while the council provided venues and assistance with processing referrals and contacts with large wholesalers, and additional staff were redeployed from other parts of the council that are currently suspended, such as library teams.

MKCF provided £19,000 funding for the additional support required to roll out the new service, while the latest grant will provide monthly funding of £25,000 until August to provide support while people are unsure about employment and how they are going to pay bills. Before the pandemic, the charity had already witnessed a rapid increase in demand for its service from those suffering from financial crisis, hardship, and unemployment. The effects of COVID-19 were increasing that need, as reasons such as self-isolation, illness, bereavement, and other vulnerabilities meant a severe shortage of food for many. Individuals were finding themselves without work or money, were waiting for benefit claims, were ill or having to stay in their homes, all of which was making it harder to access those services normally available to them. The lockdown resulted in a massive increase in the demand for MK Foodbank’s services, whilst simultaneously meaning a serious decline in food donations.

In response, the charity launched Food Bank XTRA, an enlarged food bank operation, far more able to support its community effectively and efficiently. Since its launch on 26 March, what was a ‘normal’, pre-pandemic food parcel delivery figure of over 1,000 per month, has risen to 1,000 per week. Funding received has been able to meet the most critical need – food – a month’s supply of which costs as much as £50,000 including certain ancillary activities, such as logistics and organisational running costs. The partnership with MK Council also means that, with more people benefiting from the food bank, it’s also easier for them to signpost them to other services such as mental health support.

MKCF’s Emergency Appeal has supported over 75 community groups who are providing vital support to those hardest hit by the impact of the pandemic and who have shared over £400,000 in grants from NET funding and the COVID-19 MK Emergency Response Appeal fund. With an initial £100,000 reallocated from existing fundholders; a generous £50,000 top up from MK Council and a substantial sum reallocated through the partnership with National Lottery, the funding pot has reached over £500,000, of which £245,000 was raised in a local appeal.  However, to continue this vital support another £400,000 has to be raised by the end of July.

Thanks to individuals and businesses who responded to the MKCF Appeal the money has been able to be distributed to the community groups who needed it the most in extremely quick turnarounds.

Find out more about the Foodbank at: www.mkcommunityfoundation.co.uk/news-events/milton-keynes-community-foundation-news/2020/foodbank-community-awarded-129000-emergency-appeal

There is still a lot of work to be done in the community to help local groups who need help during these difficult times. Any donation to the Emergency Appeal will go directly back into our community and to the local groups who are working to help some of the most vulnerable people at this time.

You can donate at: www.mkcommunityfoundation.co.uk/mk-emergency-appeal/donate