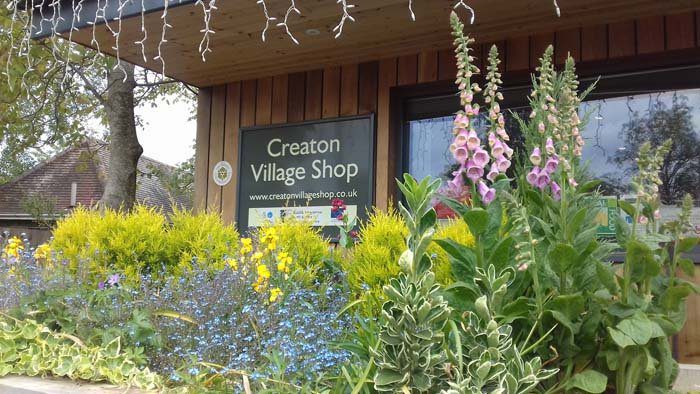 Fast forward to Christmas and the conversation over the turkey is unlikely to be stuffed with many good things to have come out of the current crisis.

However, if there’s one positive to have emerged from this ongoing chaos, it is surely the surge in demand for buying local, as customers have switched crowded supermarkets for smaller independent shops and producers.

Now, as the lockdown rules are relaxed further, the team behind the Weetabix Northamptonshire Food and Drink Awards – the annual competition run by the sector, for the sector – is urging consumers to remember those county bakers and brewers, pie and pickle-makers, and the local venues that stock them, who have stepped up to the plate to best serve their communities when they were most needed.

Among those to have gone above and beyond, ensuring that their virtual shelves have been packed with some of the county’s fabulous food and drink, is The Good Loaf in Northampton, a former winner of the Awards’ Weetabix Local Food Hero category.

The social enterprise, whose premises in Overstone Road usually operate as a café, has instead switched to offering both next-day grocery click and collect and delivery services.

As well as continuing to provide its own artisan bread, made using local flour from category sponsors Heygates Flour and Animal Feed at Bugbrooke and, in some of its recipes, Mellow Yellow rapeseed oil from Farrington Oils in Hargrave; The Good Loaf’s list of products available online is littered with those made in the county Chief Executive, Suzy Van Rooyen, said: “We use as many local suppliers as possible on a regular, day-to-day basis but we’ve seized this opportunity to showcase others too, not only to demonstrate our support for our passionate producers who need us now more than ever, but also to give our customers the chance to do the same. “Given that we’re selling even more cheese from Neneview Dairy, more Friars Farm chutney and more eggs from The Egg Shed than ever before, it is clear they have taken buying local to heart and I hope that that will continue even when this is all over.”

Fellow multi-award winning baker, Vicky Robertson of The Little Bakery of Happiness in Wellingborough, is another who has seen demand for her sweet and savoury treats rise dramatically in recent weeks and while her walk-in bakery at Nene Court is currently open for collection by appointment only, she has ensured that her customers don’t miss out on her amazing range of gluten-free products by dividing her time between baking and being behind the wheel, having set up an emergency delivery service.

Similarly, Waterloo Cottage Farm at Great Oxendon, which has also enjoyed multiple success in the competition over the ten years it has been trading, has seen business boosted by adapting to the needs of buyers.

So, in addition to the usual supply of meat from its own sustainably-farmed cattle, sheep and pigs, alongside a wealth of products from the county via the Made In Northamptonshire online shop, which it co-ordinates, it has also recently introduced a ready-made meal service, available to collect or be delivered.

Meanwhile, Mark Afford of Northampton gourmet popcorn company What’s Poppin’, which was named runner-up in the One To Watch category (sponsored by Whitworth Bros Ltd) last year, has brought together local food and drink producers by setting up the Facebook platform @NNFoodMarket as a new opportunity to reach out to customers, promoting everything from chutney to beer, coffee to spices.

Last, but by no means least, community-owned and operated Creaton Village Shop, which was a finalist in the Weetabix Local Food Hero category last year, has witnessed its custom double in recent weeks, bringing a much-needed boost in sales for local producers including cider-makers Saxby’s, brewers Nobby’s and Creaton Grange Ales and ice-cream makers I’m Real and Gallone’s. It has made shopping as simple a process as possible, not only by introducing a ‘buy today, deliver tomorrow’ service, which is free to surrounding villages, but also in allaying any health concerns customers may have over wandering its packed aisles by allowing them to pre-order their basket of goodies, which is then ready for collection 24 hours later.

Awards Director, Rachel Mallows believes the response of so many shops to ensure a continued supply of the county’s amazing range of products and drinks has created an impressive and vital network of business partnerships, saving many producers from going under, and she is now encouraging shoppers to remain faithful to them in the weeks and months ahead.

“With swift, efficient and friendly service, not to mention real and virtual shelves stocked with a wealth of tasty, low food mile products, it’s hardly surprising that many of our local producers and independent shops have seen customers come flooding to them over recent weeks,” said Rachel. “We know, through the support we continue to offer to hundreds of businesses under the auspices of the awards, that they’ve worked incredibly hard to meet that sudden, unexpected demand, whether that’s been by adapting their shops, going online, offering delivery services and often working round the clock, and that has proven to be invaluable. “I would therefore urge those who have benefited from their remarkable efforts – and thus enjoyed all the positives of shopping locally – to continue to do so even as things begin to return to normal and not to forget who was there for them when they needed them most. “After all, local should be for life, not just for lockdown.”

For more examples of such resilience being shown across the sector you can follow the Weetabix Northamptonshire Food and Drink Awards on Facebook at @foodawardsHQ, on twitter and Instagram at @foodawards and on LinkedIn at @weetabixnfadawards

Meanwhile full details of the 2020/21 competition will be unveiled on the website –www.northamptonshirefoodanddrink.co.uk – later this month or for more information, email rachel@themallowscompany.com or call 01933 664437