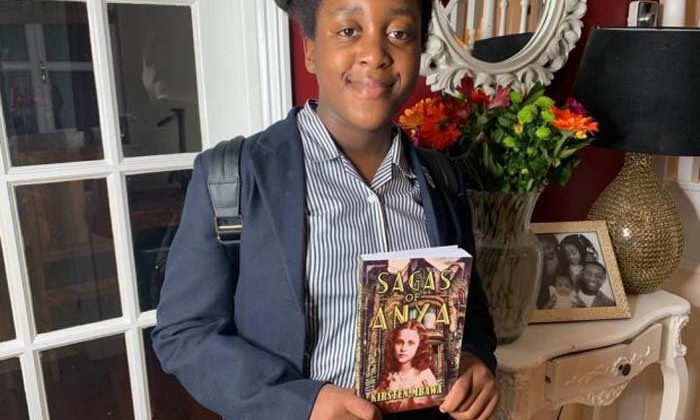 A schoolgirl has seen her dream of becoming an author realised after having her debut novel published after a successful fundraising campaign.

Kirsten Mbawa, a Year 7 pupil from Northampton High School in Hardingstone, started the campaign early in 2020 along with her sister Aiyven, with the goal of raising enough money to cover the publishing costs of their newly-penned books.

In order for their novels Sagas of Anya and Land of the Nurogons to be published, the young students needed to raise a minimum of £5,000, and hoped to reach the landmark by mid-March in order to meet their deadline.

The KickStarter campaign proved to be a smash hit and gained a lot of viral attention, with their fundraising page even featuring on the Projects We Love section of the website, being viewed by thousands worldwide. The girls invited pledges to support their project and offered a number of incentives as thanks for their donations, including signed copies of the published books, exclusive memorabilia and more; and, with time to spare, the campaign exceeded expectations raising over £5,500.

Kirsten and Aiyven were inspired to write their first books after competing in the BBC Radio 500 Words competition and have now seen their hard work and passion brought to life and immortalised in hardback form. The first run of books has now been printed and they are available to be purchased online on Amazon, or by visiting mbawabooks.co.uk

Northampton High School is an independent school for approximately 600 girls between the ages of two and 18. The school is part of the GDST (Girls’ Day School Trust), a leading network of see independent girls’ schools in the UK.

For more information, contact Amanda Wilmot, Director of Marketing and Admissions at Northampton High School on 01604 765765 or email a.wilmot@nhs.gdst.net