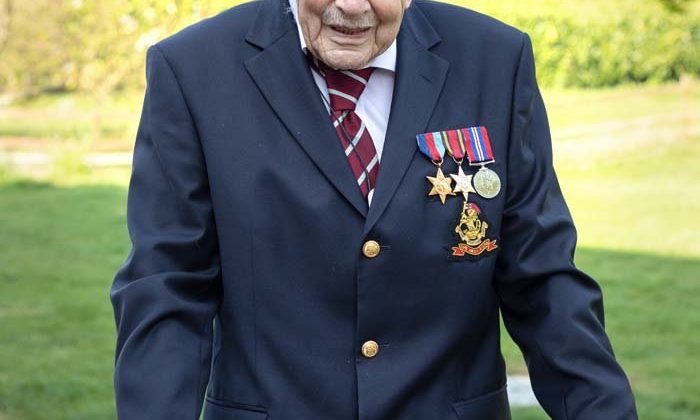 The Captain Tom story is one of the most organic PR campaigns. There was no brief. No expectations. It was simply a story that was sent out to the region, that grew and grew, and ended up taking on a new life of its own.

Daisy Craydon has been supporting Maytrix Group since she became a Freelance PR Specialist in January 2019. Maytrix Group is a multi-sector business that focuses on supporting fellow businesses with business growth, recruitment, training, land and living developments. Maytrix Group is owned and run by Captain Tom’s daughter, Hannah Ingram-Moore and son-in-law Colin Ingram, with a small team of specialists working alongside them.

The Captain Tom campaign was brainstormed between the Ingram-Moore family, and the idea was given to Daisy to put into the format of a press release. The press release was created very quickly and signed off by Captain Tom Moore himself.

Daisy commented: “When the release was signed off, I simply had to hit send on my regional journalist database and wait. I didn’t wait for longer than an hour, and the influx of local media enquiries started to pile in. I knew then that this story was going to be a success within the Bedfordshire and Milton Keynes regions, but had absolutely no idea that it would pick up the momentum it did.

“The first outlets were MKFM, BBC Three Counties and ITV Anglia. The family were delighted, and we soon realised that the target of £1,000 was not out of sight.”

Daisy said: “It was when Tom later appeared on Good Morning Britain with Piers Morgan, that the realisation of how special this story truly was began to show. Piers donated £10,000 and was championing the campaign to reach £1million, which just seemed unbelievable to us all. There was no intention for this to go national, and although we hoped to get as much support as possible, it wasn’t even an idea we toyed with at the time.

“When we reached the £1million mark, the global press enquiries came flooding in. places such as America, Germany, Netherlands, Jersey, Ireland, United Arab Emirates, France – the list goes on – were all championing Tom and his sensational spirit. I think I knew then that this was a PR campaign like no other I had ever experienced”.

£32.7million later, over 100 laps walked, UK Guinness Record holder for ‘the oldest person to have a number one single’ and newly appointed Colonel Tom Moore was a global sensation. Tom’s optimism and hope through his catchphrase ‘Tomorrow will be a good day’ had ensured that the whole world was walking every step of the way alongside him and his family.

This truly is a regional, national and global story that has delivered hope, optimism and belief that we can all get through these unprecedented times, and we must stay united, supportive and as positive as we possibly can. The support for our National Health Service was evident, and over 63 countries donated to Tom’s cause.

Daisy continued: “It was truly magnificent to see that the whole world was donating, and supporting Tom’s mission and of course, our National Health Service. A lot of people questioned why other countries were supporting our health care, but I think that the determination and positivity that Tom emits was desirable, and every single person wanted to be a part of Tom’s walk”.

The story is still ongoing, and Tom’s legacy will continue to shine through for us all to be a part of.