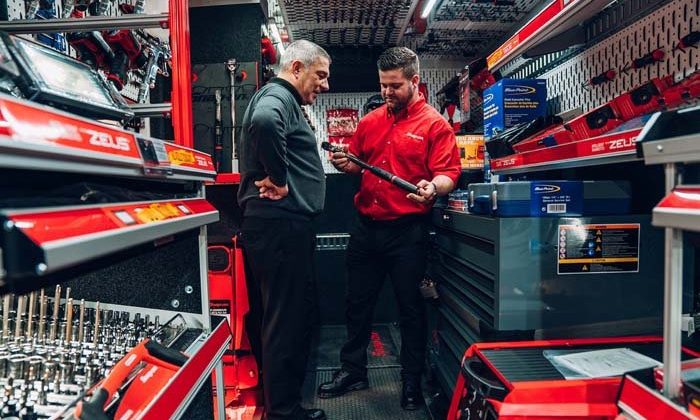 Snap-on Tools has been shortlisted for the Franchisor of the Year accolade at the bfa HSBC British Franchise Awards, to be held at the Vox, Birmingham, on November 30.

Kettering-based Snap-on Tools is the world’s number one professional tool brand. It is the leading global manufacturer and distributor of tools for automotive, marine, railroad and engineering technicians. Franchisees sell the most sought-after tools in the industry and deliver outstanding customer service to technicians from their very own, iconic showroom on wheels.

“As we celebrate our 100th year in business, the recognition we’ve received by being shortlisted for the Franchisor of the Year award is an indication of our standing in the automotive and franchising industries,” said Lisa Law, national franchise manager at Snap-on Tools.

“It’s very humbling to have been chosen as a finalist from hundreds of other respected franchise brands across the country. Our success is down to the hard work of our 400 franchisees, so I want to thank them for their continued dedication.”

The awards evening is the flagship event in the franchising calendar and getting a nomination in itself is an achievement, proving the business works ethically and in the best interests of franchisees and staff, beating many other franchise systems who also entered.

“With over 160 support staff, Snap-on Tools really focuses on enabling the franchisee network to thrive, with an enviable support programme to ensure that everybody has all the tools for success.”

Andrew Brattesani, Head of Franchising, HSBC, said: “Initiatives created to help the entire network stand out at Snap-on Tools. For instance, its Jump-Start Programme, paying for half of the start-up costs for millennials, has been pivotal in allowing the leaders of tomorrow get into franchising.” Snap-on Tools will go head-to-head against five other franchise brands in November.