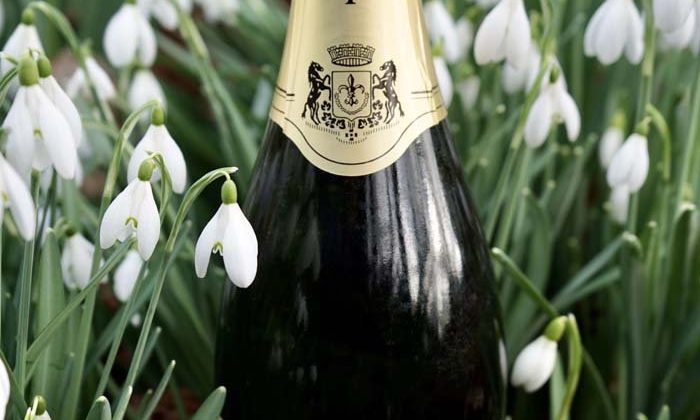 Some 200 years after the rubble removed during the excavation of the Blisworth Tunnel was dumped on a south-facing slope, the land is finally being put to good use in producing award-winning English wines.

Stonyfield Wine, at Painters Vineyard near Blisworth, is a small family business set up by John Vaughan, his sister Belinda Brown and their families.  Their vineyard lies close to the Grand Union Canal, planted on the spoil that resulted from the construction of the Blisworth Tunnel in the early 19th century. And the canal connection forms an important part of the Stonyfield identity and branding.

English wine has attracted a lot of interest and publicity in recent years and is now stocked by most wine merchants and supermarkets. Strong interest from farmers looking to diversify, and from new investors, has resulted in a wave of new vineyards

The sector has learned how best to grow and process grape varieties suited to our climate and conditions and English sparkling wine in particular now competes successfully with leading French champagnes.  Most of the English vineyards are in the south, but there are now around ten in Northamptonshire, though not all of them are producing wine commercially.

In 2011, John and his family successfully identified and planted grape varieties well suited to the soil – originally made up of the ironstone rubble that spread up to ten feet deep close to the tunnel’s northern entrance – resulting in what has been described as one of the best small vineyard sites in the Midlands.  With only 1,000 vines planted over one acre, the vineyard focuses exclusively on producing award-winning English sparkling wine, using the traditional Champagne method.

Production volumes are hugely weather dependent, ranging from a few thousand bottles in a good year to a few hundred in years suffering from late frosts.

John said: “With global warming and the adoption of grape varieties suited to the cooler climate, vineyards have been springing up in England, many specialising in sparkling wine.  We took expert advice and found that, with the field’s well-drained shingle soil and its south-facing slope, it was ideal for growing grapes.  We use Pinot Noir, a traditional champagne grape, but blend it with the lesser known Seyval Blanc, both of which do well in stony soil.  This blend, grown on ironstone, produces an interestingly different and more complex flavour, which people clearly like.”

Stonyfield Wine has won awards every year since its first wine came onto the market in 2015, including the award of a Gold Medal in the regional association MVA Wine Challenge in 2015, improving further to MVA Wine Challenge Wine of the Year in 2017.  In the two Decanter Magazine wine tastings entered to date, Stonyfield Wine was rated Highly Recommended (90/100) and Recommended (89/100).  In 2019 the vineyard was a finalist in the Carlsberg UK Northamptonshire Food and Drink Awards.  The wine is sold locally, at monthly open days at the vineyard, at selected local retail outlets and food fairs, and by word of mouth.

Find out more about Stonyfield Wine at the website www.Stonyfieldwine.co.uk