Members of the S3 Group team meeting in Hong Kong

The S³ Group was founded in Barcelona in 2003, dedicated to industrial sourcing in China for Spanish companies. In 2010, the scope was extended to other markets and activities to include market development and export services, management development and training in cross-cultural relations and international business.

The founder and Group CEO is Tom Van der Heyden, a Belgian who, in 1988-90, studied for his MBA at one of the world’s top business schools, IESE, in Barcelona, where he not only got the MBA but fell in love with the city where he has lived ever since.

Fluent in seven languages, after graduating and working in Asia for an industrial company managing its suppliers, Tom decided to set up on his own and S³ Group was born.

During the past 17 years the company has successfully delivered well over 100 projects in over 50 countries, and established itself as a partner of excellence for clients with an extensive range of internationalisation services, and offices in Barcelona, Hong Kong and Shanghai, and now the UK.

The activities of S³ have taken it into many sectors, including:

Its expertise, however, is not so much in the sector itself, but in the identification of suitable sourcing or export partners, and, with its full time experts in engineering, production control and logistics management, plus boots on the ground in the foreign markets, S³ takes the time and risk out of international business and cross-cultural relations.

With years of experience and a strong presence in both Hong Kong and mainland China, S³ is a China specialist and thus well placed to help with this fast-growing market. While relations with China are somewhat strained at the moment, in the long run it is expected that British businesses will continue their fast growth in trade with the country, one of the worlds largest and fastest growing economies.

At the same time, S³ is also working in other countries, such as Vietnam and Malaysia, especially for products like PPE nitrile gloves, as these countries have the rubber plantations to produce the vast quantities now being demanded as a result of the COVID crisis.

Other products that S³ has been asked to source include glass jars, line paint and paint dispersal canisters, jigsaws, mattress components and fencing tools, as well as speciality components for medical cameras and solar energy installations.

One of the pillars of the growth of S³ has been its ability to be ‘at home’ in its respective markets, with a physical presence at both ends of the supply chain. Thus, S³ Group is pleased to announce the launch of S³ UK Ltd. With the support of the University of Northampton’s Adrian Pryce, one of Tom’s MBA classmates all those years ago, a new UK subsidiary has been established. Adrian is the Deputy Director of the University’s China & Emerging Economies Centre, which supports Northamptonshire in developing civic, cultural and commercial links with China.

S³ Group is an exciting new addition to the region’s business scene, with its in-depth and specialist knowledge that can help take advantage of fast-growing markets and the Asian cost advantage, whilst taking the risk out of foreign sourcing and trade. 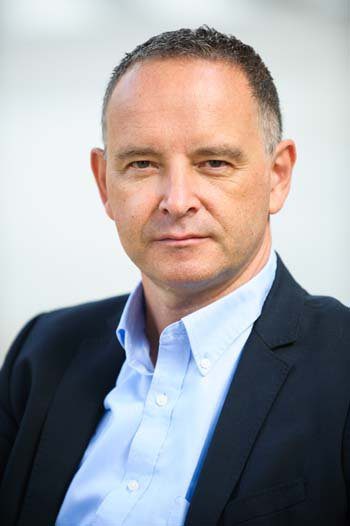