It’s one thing to feel proud when you see the fruit of your labours – but to see millions of them on a weekly basis is a business target few can aspire to.

As one of the highest selling products in retailers, some 30,000,000 bananas arrive each week into SH Pratt to be carefully ripened in their temperature and humidity controlled ripening rooms. This computes to over 275 shipping containers or 6,250 pallets per week.

It’s a long way from the 1940s when Jack Wells purchased SH Pratt in Leighton Buzzard. Formerly a market business, Jack was keen to help his sons, Gerry and Bob, forge their own careers post-wartime, and so began the brothers’ journey. Ten years later and no longer a market gardener, but a wholesaler into greengrocers, the brothers moved their operation to an established unit in Amersham, where Robert Wells, now group CEO, still lives.

The family’s journey supplying bananas into the UK market began in the 1960s when Bob became fascinated by their journey. His interest, and the coinciding decision for the brothers to pursue separate ventures, saw Bob moving his operation first to Kings Langley then Hemel Hempstead to focus solely on bananas. 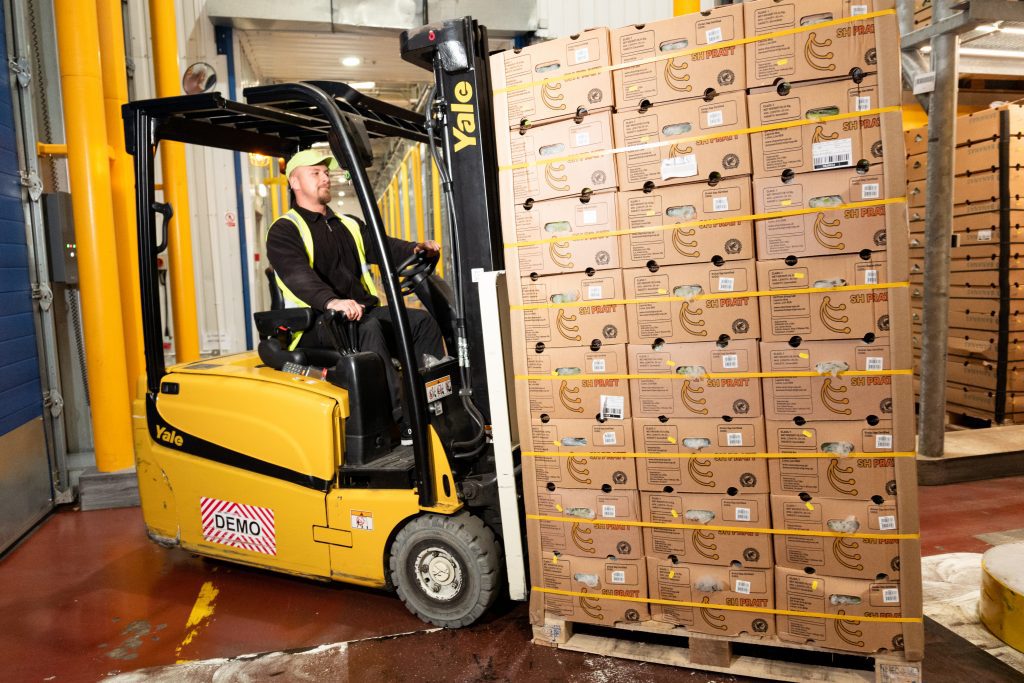 Fifty years later and the journey continues with Bob’s son, Robert. Robert began working at SH Pratt at the weekends and during the school holidays until officially joining the firm in 1980 where he worked across every part of the business, until taking over the reins from his father.  It was in the late 1990s when the company made its current move to Laporte Way in Luton, which also became Bob Wells’ final move before retiring in his 80s.

“My father had achieved what his father began, a business for the next generation to carve out,” said Robert. “This site had great potential, both with its source of local labour, and its potential for development. Over 21 years we have expanded our operation three times to accommodate the growing demand and now we operate across 130,000 square feet.”

The bananas begin their journey in South and Central America where partner farms take nine months to grow and harvest the highest quality of fruit before they embark on a four-week journey by sea. Upon arriving at Luton, they are hard, green and decidedly under ripe and so spend the next four to six days in a temperature-controlled ripening room.

Here, the technical team monitor the ripening rooms, stacked full of 18.4kg boxes, each holding around 100 bananas, before moving them onto the production line where they are quality checked and bagged before departing for the retail shelves.

SH Pratt’s Procurement & Technical team make regular trips to the farms to ensure the fruit is grown to the highest quality, and where employees working conditions match that of the fruit, not forgetting the welfare of the local wildlife. 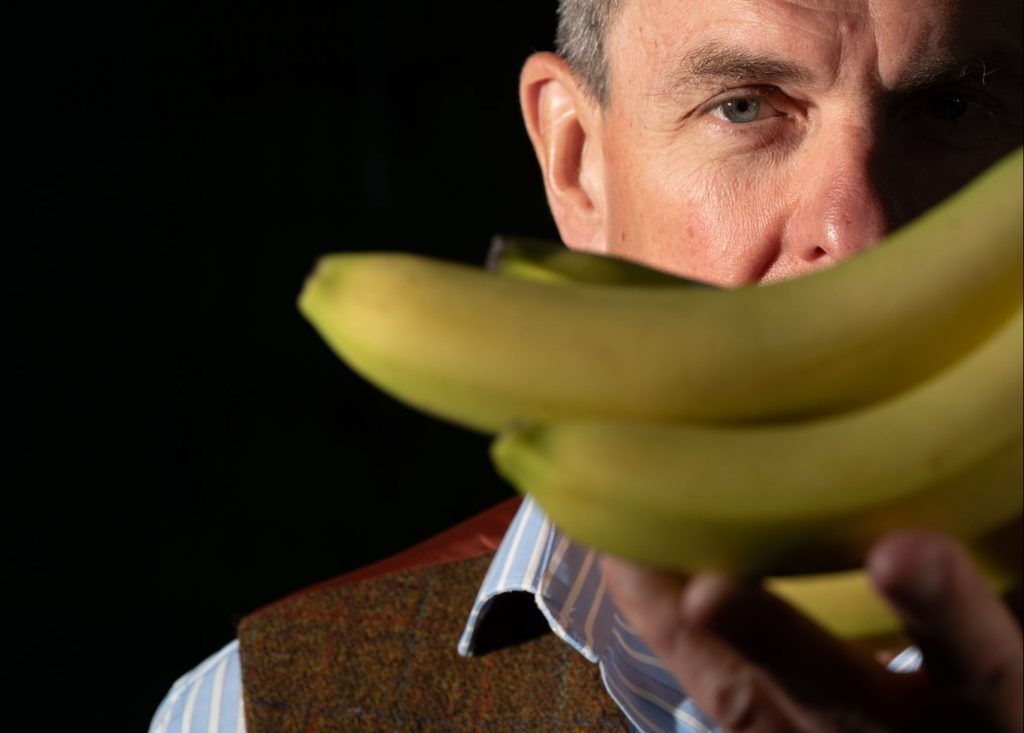 Over the years, the company has diversified and moved with the times.

Robert said: “The world is very different from the one my father started in, there were no supermarkets back then. We have grown and adapted with the changing times, taking control over different aspects of the business and now we’re one of the leading distributors in the sector, with the biggest single ripening operation in the UK, if not Europe.

“We are proud of our relationships with our customers, it’s a collaborative relationship where we equally support and rely on one another.”

As its position in the retail world changed, SH Pratt added its own distribution arm, Kinship Logistics, and Halo.

“Kinship Logistics as a separate entity was important,” said Robert. “Firstly, having our own distribution network meant we understood the significance of meeting the stringent conditions of ensuring produce is delivered in perfect condition. But our temperature-controlled lorries also make us attractive to other distributors in need of haulage.” 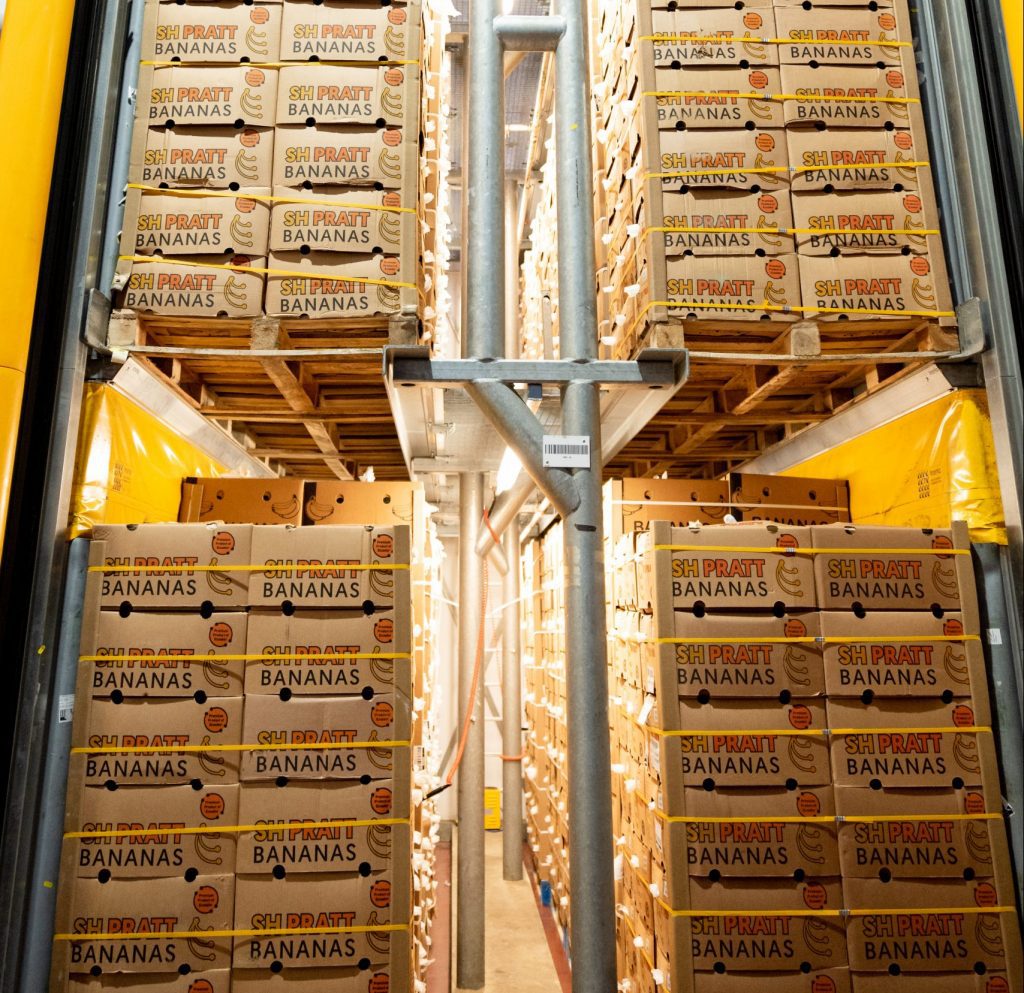 As for Halo, its location at London Gateway, an operation at Britain’s fastest-growing port, is ideal for importing and supplying fresh produce into the UK market, offering customers supply efficiencies and cost saving opportunities.

“We provide our customers with end-to-end service provision which enables importers to supply the UK market with confidence of its delivery,” added Robert.

Robert added: “Throughout his career, my father knew that it was important to be in control. As an example, he went to a great deal of trouble to buy the land upon which our Hemel Hempstead site was built, it stretched him financially, but he knew that it was important. Over the years, I recognised that releasing some control and entrusting my team’s judgement, knowledge and skill sets, has further strengthened SH Pratt as a business.”

Its growth and development over the years has put SH Pratt Group in a strong position to build for the future.

Robert added: “When I joined the business, my father was the best teacher I could have wished for. Not in the formal sense, he didn’t tell me what to do, but he gave me my head, let me do things my way and knew I would make mistakes. When I inevitably did, he would be there to ‘catch me’, to help and guide. I like to think I am like my father, whilst I naturally have a vested interest in the day-to-day running of my business I also know the importance of giving my team the space to manage their own functions, while always being on hand to offer advice should they seek it.

“My son and daughter are both in the business now and I think they are keen to see it stay within the family. Like I did, they are learning the ropes of the business at every level, inside and out, and they will, quite rightly, have to prove themselves to the rest of the team and earn their respect. It has always been my dream to pass the business on and I am very proud that it looks like I will do that. I believe in businesses that are family owned and run, and I think that retailers also like the family business culture.”

SH Pratt Group can be contacted on 01582 436500 or visit the website www.shprattgroup.uk