Vauxhall is the UK’s oldest surviving car manufacturer and arrived at its current base in Luton in 1905, two years after it started making cars at its original factory in Vauxhall, South London.

The Vauxhall Ironworks, as it was first known, was actually formed in 1857 by engineer Alexander Wilson, who initially produced marine engines for pleasure craft on the Thames. 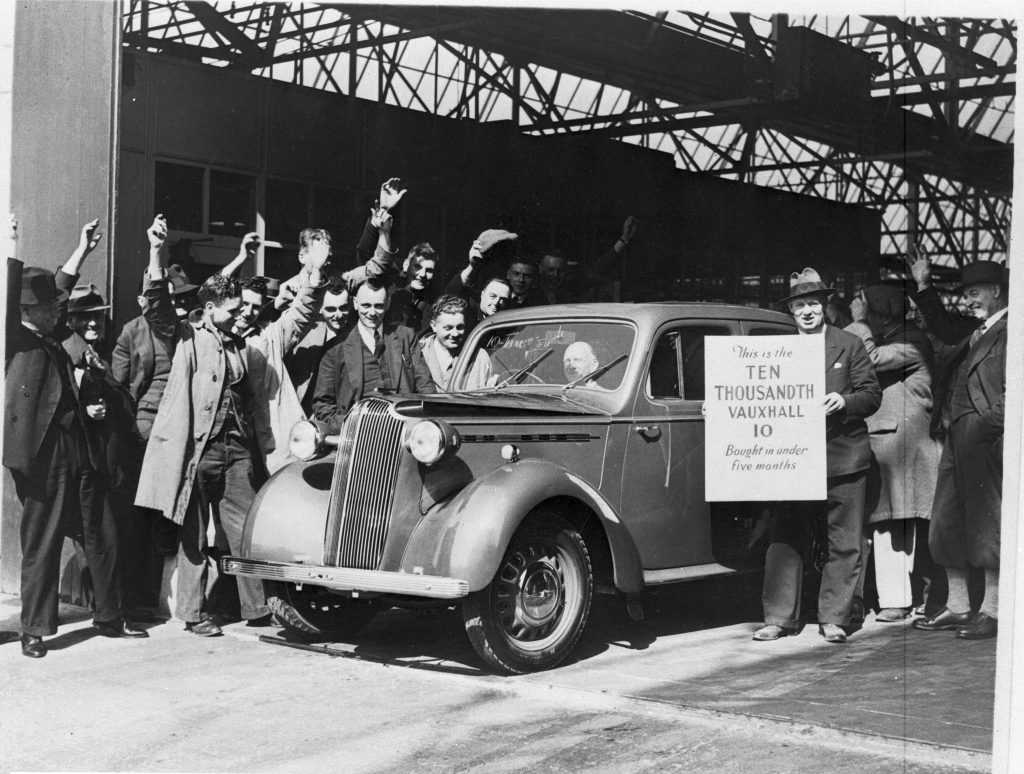 The move to Luton was prompted by the company’s need to expand. It chose a seven-acre site in Kimpton Road, and on March 29, 1905 the first Luton-built car – a 7/9HP vehicle – rolled off the line. This was followed soon afterwards by the 9HP model, the first Vauxhall to feature bonnet flutes, which became synonymous with the brand.

Following its success in the 1910 1000-mile Prinz Heinrich Trial in Prussia, Vauxhall started producing the C10 model, better known as the Prince Henry. This is now acknowledged as being the UK’s – and perhaps the world’s – first sports car. It was hugely advanced for its time, and could achieve a genuine 65mph.

Vauxhall produced military vehicles during the First World War, and between 1912 and 1918 had delivered nearly 2,000 D-Type Staff Cars to support Britain’s war effort. The Heritage Centre still owns one of only two surviving cars from this era.

Post-war, Vauxhall stepped up its motorsport activities, and became a force to be reckoned with at venues like Brooklands and Shelsley Walsh, where models like the 30-98 – the UK’s first catalogued 100mph car – repeatedly set new speed and time records, piloted by an ever-growing number of enthusiastic gentleman drivers.

In 1925, General Motors purchased Vauxhall outright for $2.5m, the US giant’s first overseas acquisition. GM saw Vauxhall’s future in the mainstream, and soon after it took over, the Kimpton Road factory expanded to take on bus and truck production. Known as Bedfords, the commercial vehicles were based on Chevrolet designs, and demand for them grew rapidly.

In the Thirties, Vauxhall passenger cars were aimed far more at the mainstream buyer than ever before. But the company still continued to innovate, an early example being the H-Type model of 1937, which was the first UK production car to feature unitary construction, and the first to use a synchromesh gearbox.

During the Second World War, Vauxhall’s production lines continued to roll. It built thousands of Bedford military trucks, but most famously it produced the Churchill tank until 1944.

Initial post-war car production went mainly to export, but in 1948 the well-known Wyvern and Velox models were launched, aping the styling of GM’s full-sized Stateside cars. This was Vauxhall’s heyday, with almost 36,000 people working at the Kimpton Road factory.

In 1955, bus and truck production moved to Dunstable, while the car factory continued to produce eye-catching products like the F-Type Victor and PA Cresta, with their abundance of chrome-finishing and wrap-around windscreens. These cars marked the end of Britain’s post-war austerity and were destined to be indicative of Swinging Sixties culture.

Vauxhall spread its manufacturing wings in 1964, with an all new plant being built at Ellesmere Port in Cheshire. The factory took over all Viva production, which had started the year before in Luton, and it is now celebrating 56 years of compact car manufacturing, during which time it’s delivered Viva HA, HB, HC, Chevette, and six generations of Astra. 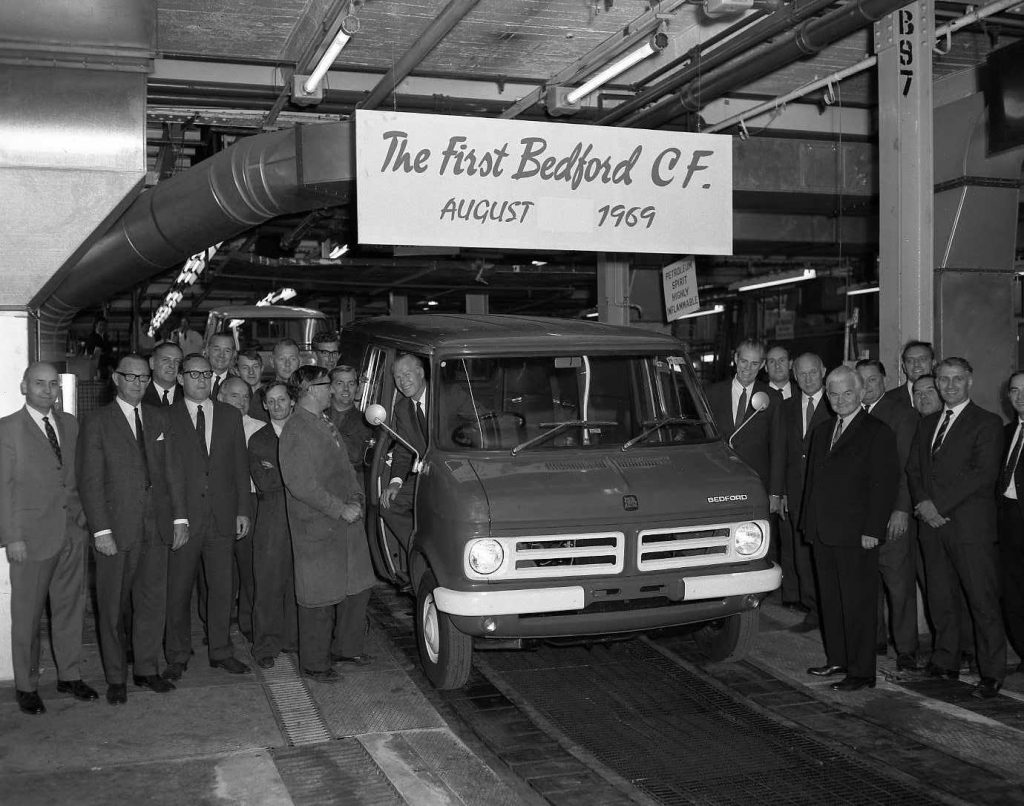 The 1975 Cavalier became the first Vauxhall model to be co-developed with sister company Opel. The Luton factory was heavily upgraded to cater for production, and the Cavalier Mk1 was followed by two more Luton-built generations, plus the Vectra replacement. In 2002, the final Vauxhall passenger car rolled out of the Kimpton Road factory, after which the site was completely dedicated to Vauxhall’s Vivaro van production. 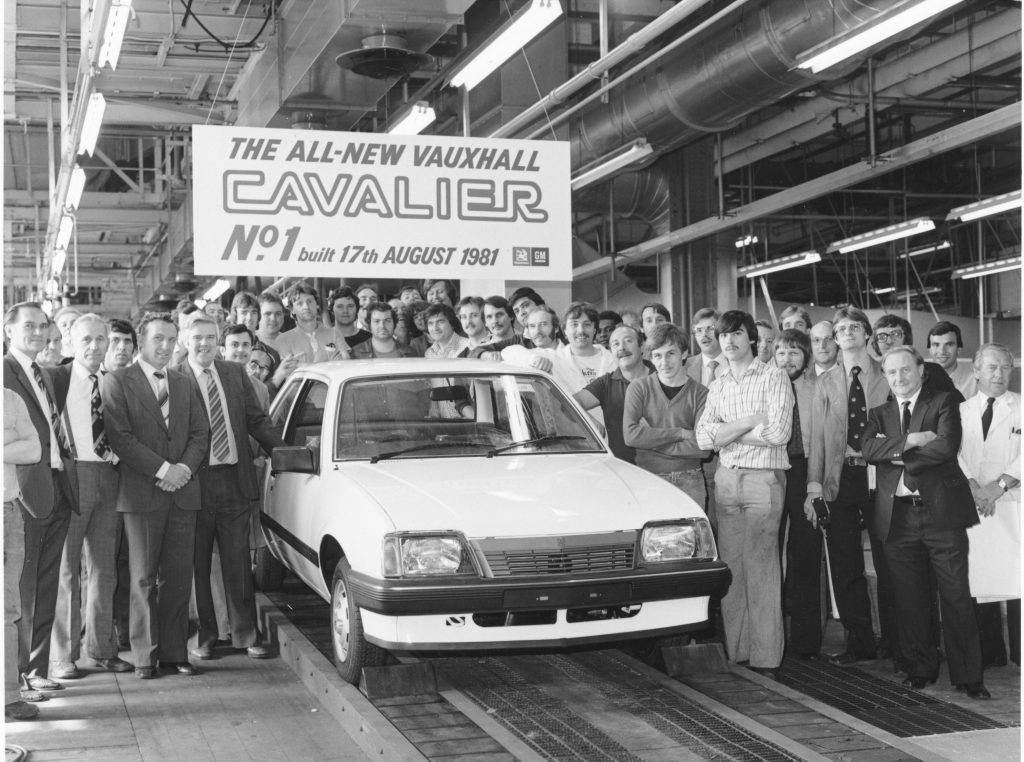 In 2017, Vauxhall and its European sibling, Opel, was purchased outright by Groupe PSA, making the new parent company one of Europe’s largest motor manufacturers. Within 18 months of the takeover, Opel-Vauxhall’s business had returned to profitability and had announced exciting plans to meet growing demand for electrified vehicles. Those plans are now coming to fruition, with the launch of new models like the fully-electric Corsa-e and Grandland X Hybrid4, leading a charge that will see an electrified model in all of Vauxhall’s model lines very soon. 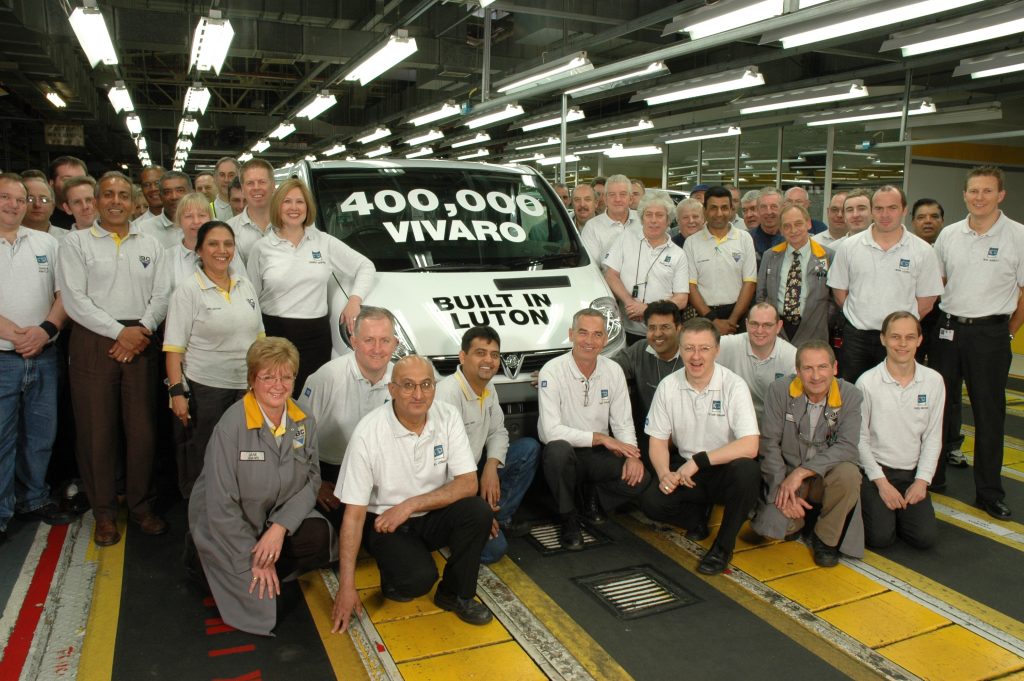 Best of all, Vauxhall’s historic Luton plant – its manufacturing home for the last 115 years – has benefited from substantial investment to accommodate a near-doubling of production for the new Vivaro van, which launched last year. Along with Ellesmere Port, Vauxhall’s Cheshire plant, where the Astra and Astra Sports Tourer are produced, Vauxhall continues to be a major player in Britain’s car industry, as well as its oldest surviving automotive brand.

Find out more at www.vauxhall.co.uk.