After facing arguably the most challenging six months in their history, some of the county’s top eateries have been given a timely and much-needed boost, having been named as finalists in this year’s Weetabix Northamptonshire Food and Drink Awards.

The annual competition celebrates all that is great about local produce and drink and recognises those who work so hard within the culinary sector, while it is for their fabulous food, superlative service and mouthwatering menus – assessed by a willing band of mystery shoppers over the summer – that 15 venues are now competing for further glory in two of the Awards’ prestigious categories.

The first, that of Booker Dining Venue of the Year (sponsored by Booker), sees nine of the county’s best pubs and restaurants go head to head. They are (in alphabetical order): 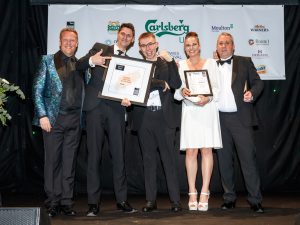 Hibiscus, Northampton; Italian Market Kitchen, Rothwell; Nuovo, Northampton; The Griffin’s Head, Mears Ashby; The Hopping Hare, Northampton; The Red Lion, East Haddon; The Saracen’s Head, Little Brington; The Tollemache Arms, Harrington and The Willow and Brook, Apethorpe
Meanwhile, the six top scorers from among the plethora of entries into the World Cuisine Restaurant of the Year category (sponsored by British Pepper & Spice) are (in alphabetical order):

Following the enforced closure of venues earlier in the year as a result of lockdown, there were concerns that these categories may not have been able to go ahead but, as Awards Director, Rachel Mallows MBE DL, explained, that was never her fear.

“Based on what venue owners were telling us, we just knew that the appetite was there for us press on, so we’re thrilled that, despite having to rethink so much of the competition this year, our sponsors have supported us throughout and enabled us to proceed with these vital categories,” said Rachel. 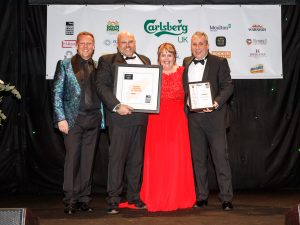 “I’m therefore thrilled to see some new names being celebrated and not at all surprised to see some former winners, runners-up and finalists on the shortlists as they, more than anyone, appreciate what success in these awards means and what a difference it will make as we head towards what, of course, look set to be some further tough months ahead.”

She also went on to pay tribute to those who played their vital role in the process – those secret diners who visited the record number of entries throughout the summer.

“So many of our mystery shoppers have performed the task for a number of years and, aside from a handful who were shielding for health reasons, the response to being invited to the role was overwhelmingly positive, with so many being delighted to have the excuse to get out, try out some different eateries and perhaps even find a new favourite,” said Rachel.

“Having personally seen all of their scoresheets and knowing, therefore, how incredibly hard our shortlisted venues are working to create both safe and superlative experiences for their diners, I would encourage the county’s foodies to go out and offer their support to all of our finalists – something which they need now more than ever.” 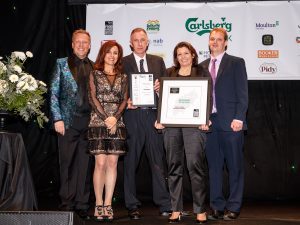 Having already been secretly assessed twice as part of the shortlisting process, the finalists in both categories are currently being visited by two external Mystery Shoppers who will score them on everything from staff knowledge of the menu to use of local ingredients, speed of service, and of course the quality of the food itself – not to mention the standard of their washrooms!

The results, which will see finalists across all 12 categories being awarded gold, silver or bronze, will be announced as part of a virtual online awards celebration taking place on Thursday 12 November.

For more information on the Weetabix Northamptonshire Food and Drink Awards 2020/21, visit the Awards’ website at www.northamptonshirefoodanddrink.co.uk or call Rachel Mallows on 01933 664437 or email rachel@themallowscompany.com

Meanwhile you can also follow the Awards, including news of the finalists in all of the categories as they are announced, on Facebook at @foodawards or Twitter and Instagram at @foodawardsHQ or on LinkedIn at @weetabixnfadawards 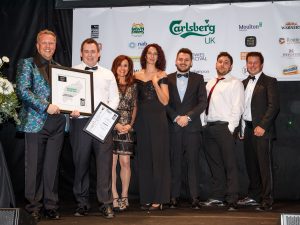