There’s a feeling of joy and pride in the air at Milton Keynes’ leading charity for people with learning disabilities.

This week, the charity honoured its Chair of Trustees, Liz Gifford, who retired at the AGM after six years of dedicated service and support.

While Learners at MK SNAP have been busy making royal bunting in preparation of the official presentation of The Queen’s Award for Voluntary Service by Lord Lieutenant of Buckinghamshire, Sir Henry Aubrey-Fletcher.

The Queen’s Award for Voluntary Service award is the highest award which can be bestowed to a charity and recognises the outstanding contribution that volunteers have made to MK SNAP. 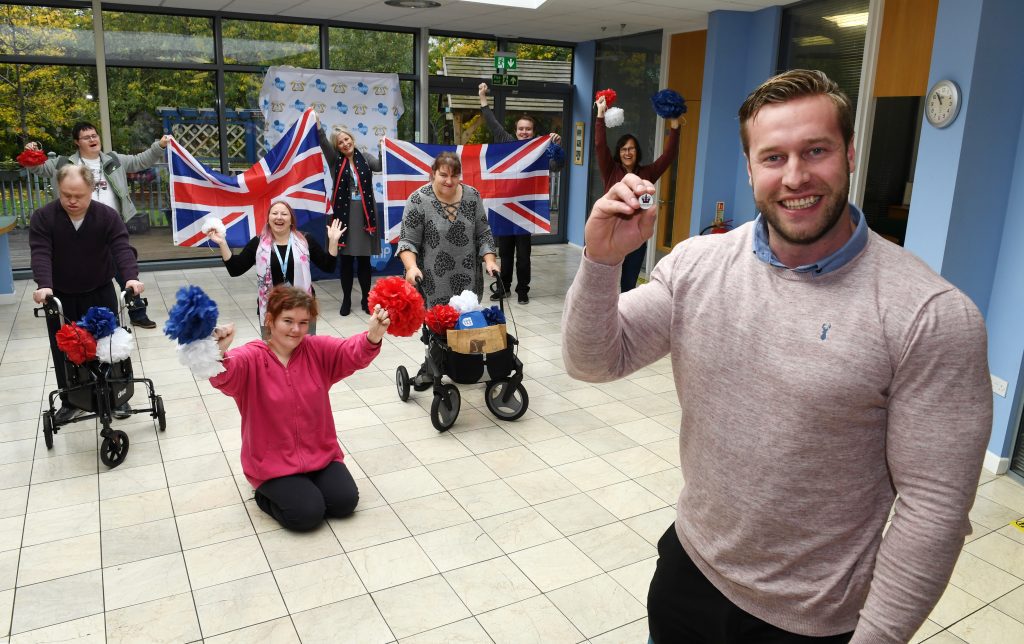 “It has been an absolute privilege to be part of MK SNAP for the past six years. Most of all, I have witnessed what MK SNAP achieves for people with disabilities and feel honoured to have been able to play a small part.”

“Liz has successfully guided the charity through a period of transition and change; leading on the development of an outstanding board of trustees.

“Her legacy means that MK SNAP is robust and well prepared to meet the future needs of the community it serves.”

Due to COVID19 restrictions the presentation of the Queen’s Award for Voluntary Service on October 29 will be small but learners, volunteers, staff and supporters will be able to join via a live link.

“Understandably, during these challenging times, we wish we could all ‘be together’ with the hundreds of volunteers, learners and families that the charity has supported over the last 28 years.

“Please be assured however that this occasion marks the beginning of a series of opportunities that (restrictions allowing) will follow throughout the next 12 months to involve and include everyone whose dedication this award represents.”

MK SNAP started almost three-decades ago. Parents, whose children had nowhere to attend after special school, started the learning and skill-building charity in Kiln Farm with the support of Milton Keynes Community Foundation. Today over 140 people with learning and physical disabilities attend MK SNAP.

It’s thanks to the dedication of volunteers and the generosity of Milton Keynes’ community that £1m was raised towards MK SNAP’s purpose-built Walnut Tree centre opened in July 2008.

Each year MK SNAP provides CSR days for over 135 volunteers from across the business community equating to over 2000 volunteering hours.

Every day volunteers play a vital role in enabling people with learning and physical disabilities to take part in the skill-building sessions at MK SNAP and gain valuable skills and confidence to live a rich, purposeful and happy life.

“I’m so proud to be part of SNAP and thrilled that our work has received this very special award. Being a volunteer is extremely rewarding and appreciated by the learners and the organisation. They make you feel like one of the family. I’d encourage anyone with a few hours to spare to try it.”

To support the volunteers and learn more please go to MK SNAP.

‘Transforming the lives of adults with learning disabilities’