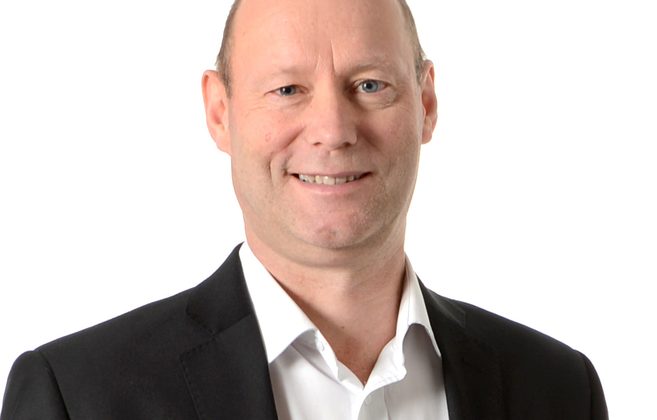 In a poll conducted at Grant Thornton’s Northamptonshire Limited Panel & Audience Discussion, 67% of business leader admitted to feeling more positive about the future now than they did in April, with only 16% reporting feeling less positive.

Asked what effect the impending second lockdown is likely to have on their business, 50% said it would have a somewhat negative impact while encouragingly 40% said it would have little to no impact on their business. The new announcement doesn’t come as a surprise to the region’s leaders with 76% saying they were expecting another lockdown and already had a plan in place.

The discussion, attended by 90 of the region’s top business leaders, highlighted the pressures facing employers. With the immediate future becoming less predictable and with modest government guidance, 38% of employers across the region said the recession is the issue most likely to keep them awake at night. A further 28% were most worried about the pressure of multiple high impact business critical issues which they have no control over, including Brexit and the second national lockdown. 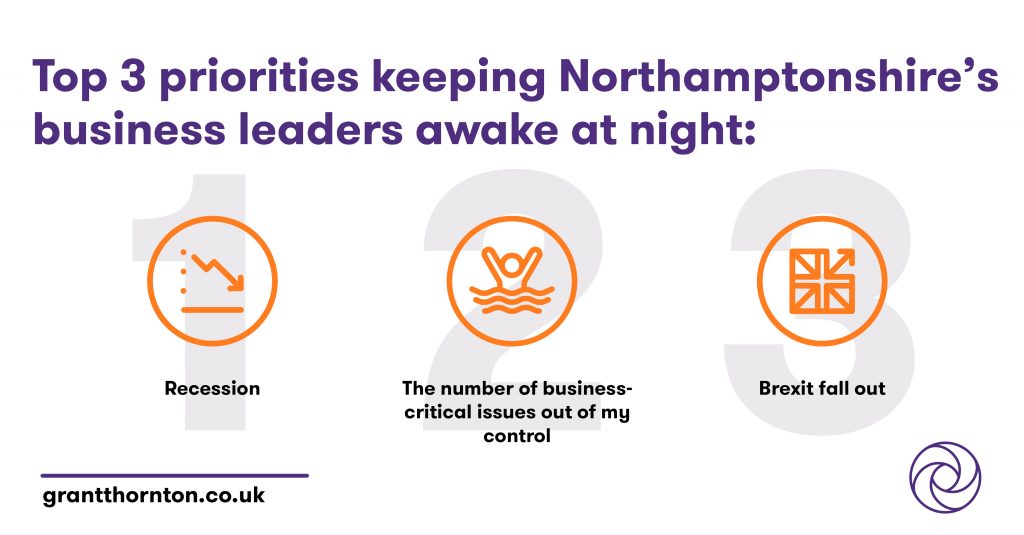 Additional data insights show the East Midlands region, of which Northamptonshire is a key component, has fared well in terms of core economic data such as unemployment rates. The region has had a lower take up of the furlough scheme than average with only 13% of the workforce (compared to a national average of 16%) on furlough as at 31st July this year.

The data insights also show the region has accessed a lower amount of government backed loans than in some other parts of the UK and, overall, local businesses reported the lowest risk of insolvency when compared to other regions.

Asked where they felt the government could best support business leaders, 37% identified that it would be most beneficial for the low tax regime to be maintained. However reassuringly, only 5% of business leaders reported lack of funding holding them back from maintaining and growing their business. 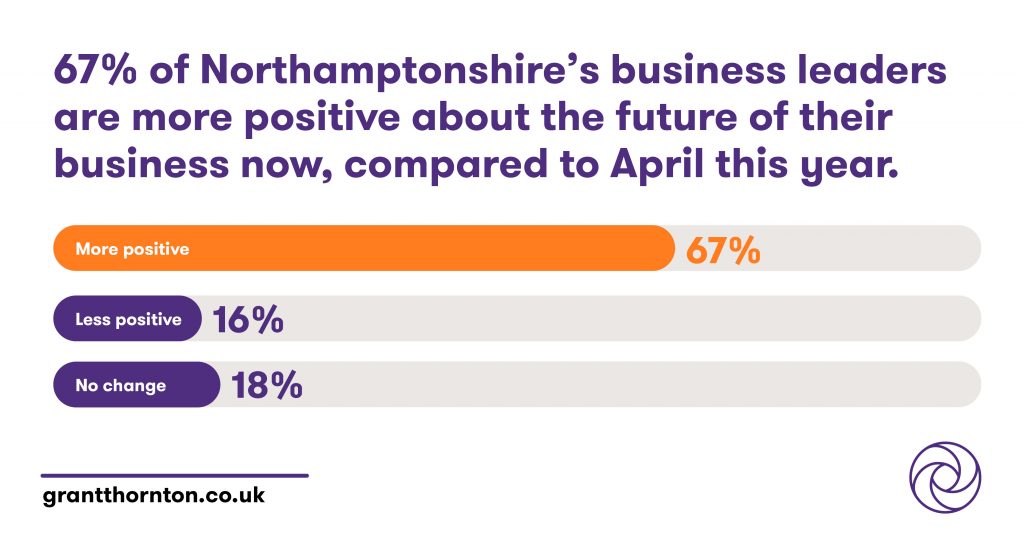 Mike Hughes from Grant Thornton says “It has been a stressful period for business leaders but it is great to see that in general they are feeling more positive as we head into the second lockdown. With so much uncertainty and little information particularly regarding Brexit and the economy, it is understandable that people are concerned about the recession and the impact this will have on their staff. However, based on the data and comments from local business leaders, I believe there are plenty of reasons for Northamptonshire companies to be positive about the future. The discussion was insightful for Grant Thornton to understand how we can best help businesses move forwards. With a range of challenges that have never been faced before and the wider economy as volatile as it currently is, we’re committed to helping those struggling with the sheer volume of major issues to steer their company in the best direction.”

James Syrotiuk, Investor at BGF, panellist at the discussion says “Business leaders are being hit from all sides at the moment with the ongoing Covid-19 pandemic, Brexit and a looming recession, whilst at the same time they are trying to look after their employees, customers and suppliers as best they can. There remains an unprecedented amount of uncertainty, but business leaders have showed how resilient they are and how creative and proactive they can be by managing their way through the challenges of 2020 to date. Uncertainty will no doubt remain for some time, but with the right peer to peer support, the right financial support from equity investors like BGF, and wider government support schemes I’m optimistic about the future for the region.”