An intense focus on innovation and service has led to a Northamptonshire-based logistics firm becoming part of a global freight giant. And Panther Logistics’ growth in recent years has largely been made possible by the county’s dynamic business environment, says new Managing Director Gary McKelvey.

Panther is the UK’s largest independent two-man, white-glove home delivery firm, specialising in the retail and e-commerce sectors, and with a customer base that includes Wayfair, Silentnight, Dunelm, Samsung, Decathlon and Habitat.

AIT acquired Panther to expand its presence in the UK and the sale is the culmination of an inspiring period for Panther, which first started operations in Crick before moving its headquarters to Northampton in 2014.

“A key part of our growth stems from being based in Northamptonshire. We recruit locally and over the years have provided roles for more than 500 people – we’re proud of that, and we’re proud of them.

“The Northampton hub has acted as a foundation that has enabled Panther to open a total of nine locations across the UK.

“We have also invested significantly in cutting-edge technology, which was one of the key factors in the AIT acquisition and underpins our market leading service offering.

“These state-of-the-art systems and processes have served as the cornerstone of the company’s continued success. It was designed with the customer in mind from the outset and has continued to grow and evolve along with the business.”

The acquisition will see AIT supporting Panther’s continued growth, further reinforcing its position as the UK’s market leader in specialist two-man delivery while extending AIT’s presence in the UK market – generating opportunities for staff and customers alike. There has never been such an exciting time to be in two-man delivery and opportunities are limitless given the ever-increasing growth of online sales.

The successful exit to AIT at the end of last year was announced by private equity firm LDC, which  invested in Panther as part of the £17m management buyout four years ago. That buyout allowed Panther to expand rapidly in terms of services, locations, and customers and create more than 300 new jobs, double sales to more than £60m, and triple profits.

“Founders Colin McCarthy and Wilson Barratt saw the potential growth of online retail and made a strategic decision to position Panther Logistics as the leader in the two-man, white-glove sector,”

“Today, we’re one of the very few delivery specialists providing that service and list many large household names among our clients.

“Major retailers want to be able to give customers a pledge that their larger, high-end goods will be delivered to a room of choice, unpacked, set up where required, and all packaging removed.

“Meanwhile, customers want the flexibility to be able to either choose next-day delivery or a nominated-day delivery, and we can make that happen. We have the technology, processes, expertise, and a proven track record.”

The acquisition puts Panther in a perfect position to consolidate its growth and expansion – but the management team remains focused on only growing within the niche where it has had such an impact.

Gary, who has worked in the two-man sector for more than 17 years, said: “What is important to Panther Logistics is ensuring that as we grow, we focus on the premium two-man, white-glove delivery space. It’s what we’re good at and it is important we don’t lose sight of what we do best. 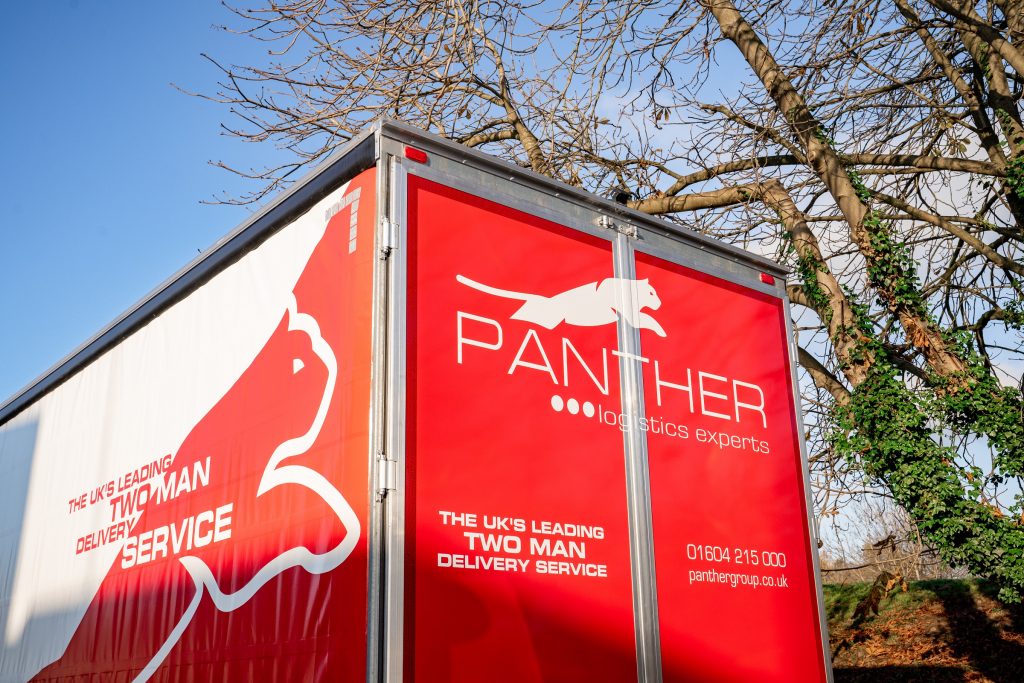 “Colin and Wilson were absolutely right to see the potential for online retail, and it is only going to continue to expand. We were already on target for significant growth but being part of a global leader will further accelerate our development.

“What has happened since the beginning of the year has been unprecedented – three years of forecasted online retail growth in just a few months – however, it has provided us with a fantastic platform on which to continue to build.

“Being part of the Panther success story over the past five years has been just brilliant and to now become Managing Director is undoubtedly the pinnacle of my career.

“Our future roadmap is hugely exciting, and I am now looking forward to leading the management team to take the business to the next level and further reinforce our position as a market leading player in the two-man sector.”