A Christmas single that came about to bring some fun and joy to the business community after a challenging year not only topped the charts but also raised an amazing £8,000 for charity.

Tommy Reid and Sam Halden of BHIB Insurance Brokers released “It’s Christmas (Santa’s On His Way)”, to help raise funds for Hope Against Cancer. Tommy and Sam called on a network of business owners to come together to create the song, which was released on December 2 on all streaming and download sites.

The single went to Number One in the Amazon Kids Charts and peaked at an impressive 63 in the national music charts. Its success led to somewhere in the region of £8,000 being raised for Hope Against Cancer.

“It started off with Tommy and I just thinking that it would be a silly, fun thing to do at the end of what had been a hard year for so many people. We didn’t imagine it would do so well, and we’re absolutely delighted that so many people downloaded it and enjoyed it. BHIB Insurance Brokers has a wealth of great clients and contacts in the business community, and they pulled together to help us the song recorded and out in time to raise a fantastic sum for a very worthy cause.”

It’s Christmas (Santa’s On His Way) was recorded with the help of Leicester RnB star Mark Morrison (Return Of The Mack) at his own Macklife Studios and eight business owners. 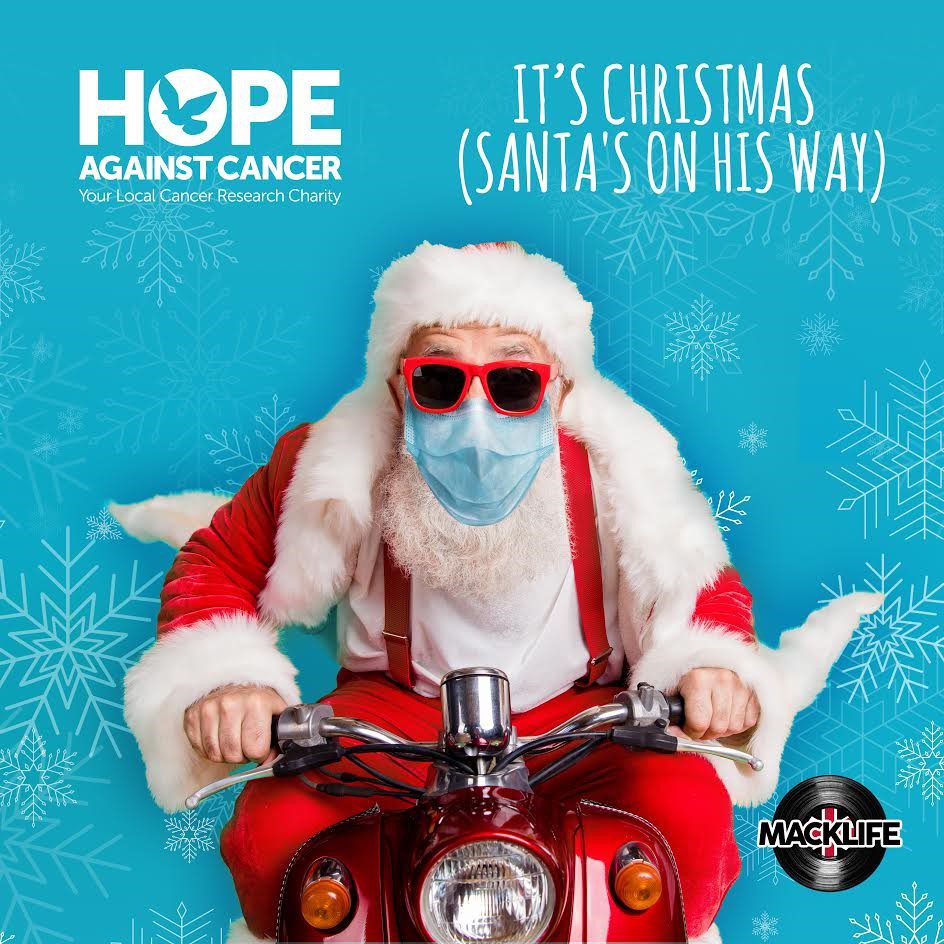 As well as Tommy Reid and Sam Halden, the single featured Jo Peters from JSP Virtual, Pete Simpson of MME Mortgages, Satwinder Sidhu of Paradigm Wills, Gurbinder Singh from BGS Accounting, Byron Dixon of Microfresh, Gavin Dilkes from Synergy Personal and Steph Beeston-Clarke from Beeston Clarke Management Solutions. They were joined by Tracey Hallam from Hope Against Cancer and Martin Stack (DJ Skillmaster) and they all sang as the Hope Against Cancer Christmas Choir.

“Everyone gave up their busy time to record after we approached Mark Morrison and his new Macklife Studio team to help with the recording and they went over and above in supporting us.

“We were supplied with a highly experienced vocal producer, Dominique De Beau, which was definitely needed and literally changed the song for the better! Macklife also provided Scott Shepherd, a music PR specialist, who got us radio play, music streams and exposure online. Scott has worked with artist such as Snoop Dogg, Pras from the Fugees, and Warren G, so we were very lucky to have his expertise.

“Paul Rowlett from Everything Branded stepped in to create the cover for the single, and we were also fortunate enough to negotiate with Capp Records in San Francisco with Martin Stack and Mark Gamble, to allow us to use the instrumental royalty free so we were able to create a truly original song with 100% of the royalties going to Hope
Against Cancer.”

To hear the single and donate to the Hope Against Cancer Christmas Choir fundraising total, visit here