For even the most experienced property developers, the term ‘ransom strip’ often indicates a major headache that needs to be addressed with a planned project. But what is a ransom strip and is it still really the issue it is perceived to be?

Ransom strips are small strips of land, usually on the boundary, which sit between the land and the public highway, preventing access to the land without a right of way across this strip.

However, the potential issue caused by ransom strips is not just the physical access to the development, but also the access of services if conduits containing mains services sit beneath the ransom strip.

A point considered less frequently is also the reservation of mines and minerals, which can create a subterranean ransom strip which could be an issue if conduits need to be laid for the passage of services.

But is the land in question a ransom strip?

When considering whether a parcel of land is compromised by a ransom strip, the first consideration is whether the strip of land in question really is a ransom strip and that requires a closer examination of the boundary lines to understand if they have been accurately established.

Many plans, particularly in old conveyances, are described as being for identification purposes only.  In such a case, the description of the land will prevail, but if the description is inadequate, courts may consider the plan to determine the parties’ intentions.

If the property is described as being ‘more particularly delineated or described on the plan’, the plan will prevail to the extent of any discrepancy.

This is important for developers, as generally courts will recognise when a potential ransom strip has been created by boundary errors and is negligible, with clear understanding there never was an intention on the part of the seller to reserve a ransom strip.

If such an intention is not clear, courts will consider the topographical features when the original deed was drawn, which makes historic knowledge and photographs important in establishing the accurate boundary line.

When dimensions have been entered on to a plan, this is not always conclusive, as the Court of Appeal has previously ruled that, generally, dimensions cited on a plan might not be more accurate than a line on a plan. Any conflict should be resolved by reference to external evidence.

Where a plan based on an Ordnance Survey (OS) map has been used as the basis of a conveyance or transfer, the OS map rules usually prevail over other presumptions that may otherwise have applied.

Assuming that the exact boundary line has been established through either the title deeds, inferences drawn from topographical features or intrinsic evidence, what if there still appears to be a ransom strip over which rights need to be exercised? 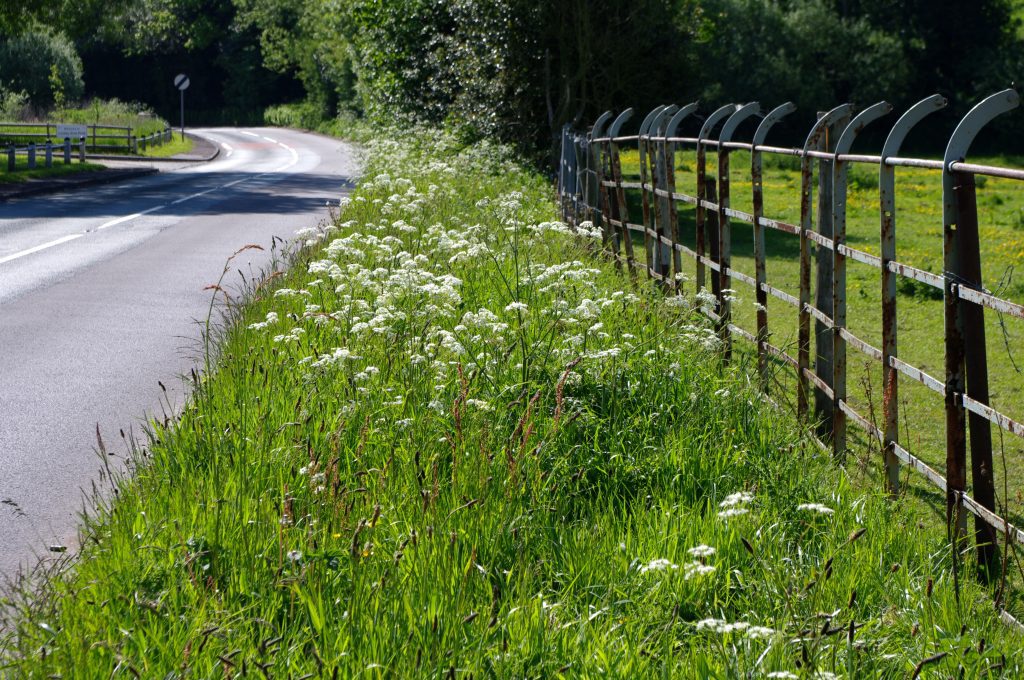 Considerations before paying for rights of way

One way of avoiding the need to pay for the necessary rights over a ransom strip is the ad medium filum rule, which assumes the boundary of land abutting a roadway or private right of way extends up to the half-way point to the road.

In Berridge v Ward (1861) 142 E.R.507, this was defined as: ‘Where a piece of land which adjoins a highway is conveyed by general words, the presumption of law is, that the soil of the highway usque ad medium filum (up to the medium line) passes by the conveyance, even though reference is made to a plan annexed, the measurement and colouring of which would exclude it.’

This presumption is strong and will apply even though the conveyance or transfer refers to the land as being bounded by the roadway in question.

In registered land, however, no part of a registered highway is shown as being within a registered owner’s title, even where the presumption of 50% ownership applies.

The ‘hedge to hedge’ presumption also needs to be considered in respect of roadways, which presumes a highway extends to the whole width of the space between fences on either side of the highway and not just the constructed roadway itself.

Have flowers been planted on the verge? If the answer is yes, it may be safe to presume that through the actions of the council, what may have been previously thought to have been a ransom strip is in fact public highway.

If in doubt seek expert advice

A final point to consider that might help with the occasional issue is the doctrine of accretion, when the effects of natural forces, such as winds and tides, cause a gradual increase or decrease in the amount of land – the legal boundary of the affected land is adjusted accordingly.

Hopefully, property developers now recognise that ransom strips, some of which may have been caused by inaccuracy with land boundaries, are not always the problem they first appear.

But as you might expect, we recommend you seek expert legal advice from lawyers well-versed in the issue of boundaries, ransom strips and other commercial property issues, as a small expense at the start could save much larger bills later in the development.