Everything happens for a reason, or so the saying goes. But sometimes it helps if the person making things happen is an innovative and gifted electronics engineer.

David Clark, of Angel Electronics, has an excellent track record in the development of ground-breaking products. He was the driving force behind Road Angel, one of the first companies to roll out GPS Speed Camera Locators and also the first company to launch a connected sat nav system when the technology was in its early days at the beginning of the 21st Century.

This time, David’s inventive mind began looking for answers when his wife, who had been suffering from night-time migraines, found moving both of the couple’s mobile phones well away from the bed helped relieve her symptoms. Working to find a solution that improved his wife’s health, while at the same time enabling the phones to be on the bedside table, led David to create Sleep Halo™, a simple yet effective product that was launched in February at Angel Electronics’ Silverstone Technology Park headquarters. 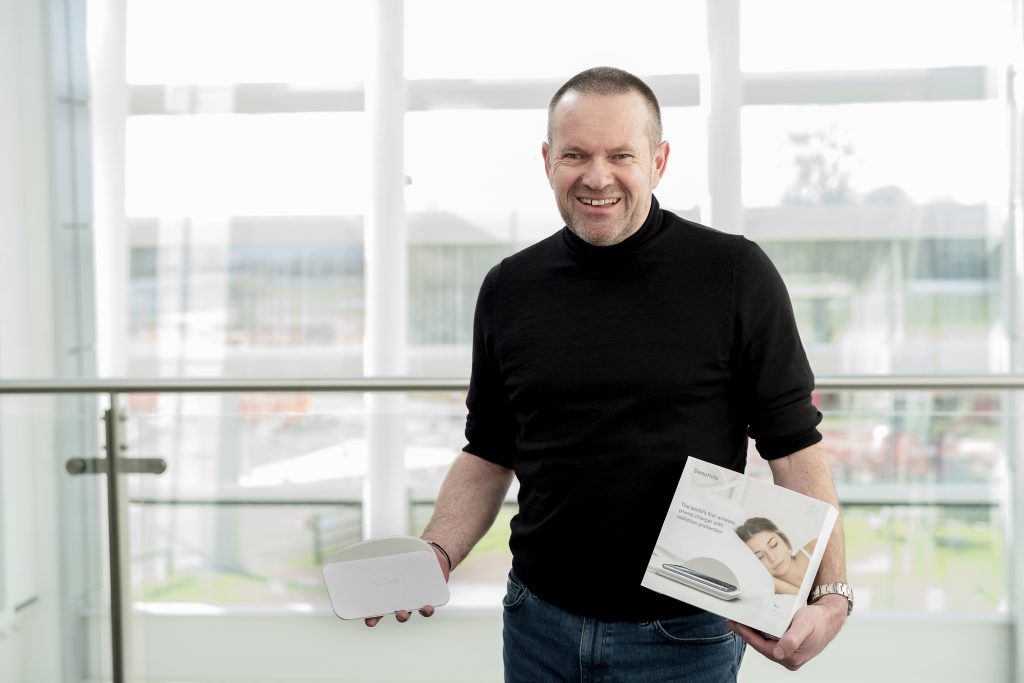 Sleep Halo™ is an inductive loop wireless phone charger that incorporates electromagnetic field shielding. Its innovative and stylish design means that your mobile phone continues to operate normally, but the associated radiation is deflected away from the bed.

“Every business idea I’ve had has been prompted by a need for something in my life. Back in the day, I borrowed a radar detector from a friend and realised how unreliable it was. On the back of that, I developed Road Angel, which was the first GPS Speed Camera Warning Device that included accident blackspots. It was fully developed and brought to market within 12 months and dominated the growing auto accessory market.

“So, when my wife found relief from her headaches by moving her phone away from the bed, that was great news. But like most people, we like to have our phones close to us – they are our alarm clocks, we want to answer quickly if there’s an emergency in the middle of the night, we want to check them first thing in the morning, etc – so I set about working on what we could do.”

Having bought materials and testing equipment, David set to work. The next step in the process was to complement his electronics engineer expertise by bringing back together four of the Road Angel team from 15 years ago. Now, working with Managing Director Elaine Harries, Technical Director Stuart Bowden-Rooke, and design and manufacturing specialists Terry Caven and Mark Newell, David has delivered Sleep Halo™ to market, starting with the UK launch on February 15 and with an eye on a global market.

“I’m incredibly lucky that the people I wanted to work with were still around; and it’s testament to this area, the Silverstone area in particular, that it holds on to this level of talent and innovation,” said David.

“We are very excited about Sleep Halo™ and its global potential. The mobile phone market is huge, of course, and this is a product that has a dual purpose as it will work with any phone on the market whilst shielding you from radiation as you sleep.”

Sleep Halo™ retails at £39.99, or £69.99 for a twin pack, and is available from the Angel Electronics website or via Amazon. 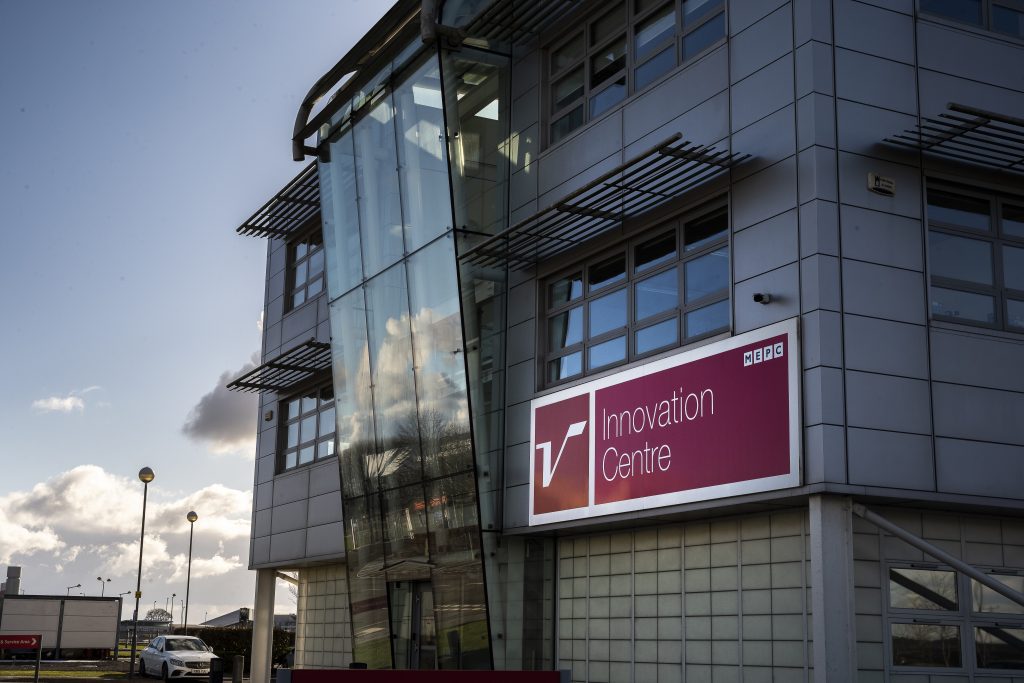 It works with any phone, as either a wireless charger with radiation protection, or, where a phone does not have wireless charging capability, it is safe to use as a radiation screen with the phone plugged in to its own charging cable.  Independent tests have shown that Sleep Halo™ reduces radiation by up to 93% and it carries the requisite CE mark for a consumer electronics device.

With its well-thought-out design, SleepHalo™ can be used on either side of the bed with simple cable routing on the underside making it instantly reversible. The vertical shield not only deflects the phone’s radiation, it also helps reduce that annoying light emitted from the screen when you receive notifications. It is compact enough to be portable both around the house and while travelling.

Having been developed at Silverstone, the Sleep Halo™ is manufactured in High Wycombe, in keeping with David’s determination to maintain British design and manufacturing.

“Whatever I have done in business, I have always believed in manufacturing locally,” said David. “I believe in British standards and quality and wouldn’t want to move away from that. I’m very proud of the product we have created, and I’m also very proud that over the past year, in the midst of the pandemic, we have managed to do something that has not only given job security to the existing workforce, but that will also create new jobs for local people as Sleep Halo™ takes off.”