An innovative scheme to develop home-grown talent is proving effective for ACS Recruitment and the clients that benefit from the work of its OnSites division.

Over the past 18 months, the recruitment company, which has offices in Northampton and Kettering, has trialled a Supertemp development journey, which recognises progressive talent within its candidate pool.

As well as its busy offices, ACS Recruitment has teams on site with a number of its biggest clients, headed up by an account manager and providing a complete on-site recruitment partnership.

Within each of these sites, ACS Recruitment now operates a Supertemp (or engagement lead) system where a ‘key’ temp would be asked to support the account manager in day-to-day engagement. For a number of Supertemps, this enhanced role has led to further development, into account manager and then on to regional management roles.

Lauren Dobrowski, Projects and Implementation Manager at ACS Recruitment, explained: “The benefit is that temps that are identified as having suitable capabilities, and are on the warehouse floor, doing the same job as their co-workers, act as a bridge between the temps and management.

“They can help someone settle in, find their way round, make sure they are happy and engaged, and if they’re not, they can take that issue to the account manager in a situation where the temp worker might not feel comfortable doing so.

“The benefit of the system for us and our clients is that through ongoing development, those with potential are eased into client interaction and increased responsibility, get an insight into the account manager role, so that they can move into that role when a position arises, with the full support and confidence of the client.”

Simon Stewart began as a temp at a Thrapston-based distribution centre and is now a Regional Manager overseeing nine different sites across Northampton and Milton Keynes. He said: “I had been a senior manager for some years but found myself ready for a career break and so I stepped away and took a temp job just to keep me busy.

“After a fairly short period of time, ACS Recruitment asked me to step up into an engagement lead role, acting as a conduit to the management. I took that role on during peak time at the end of 2019, when making sure temps are in work and happy about what they are doing is massively important. 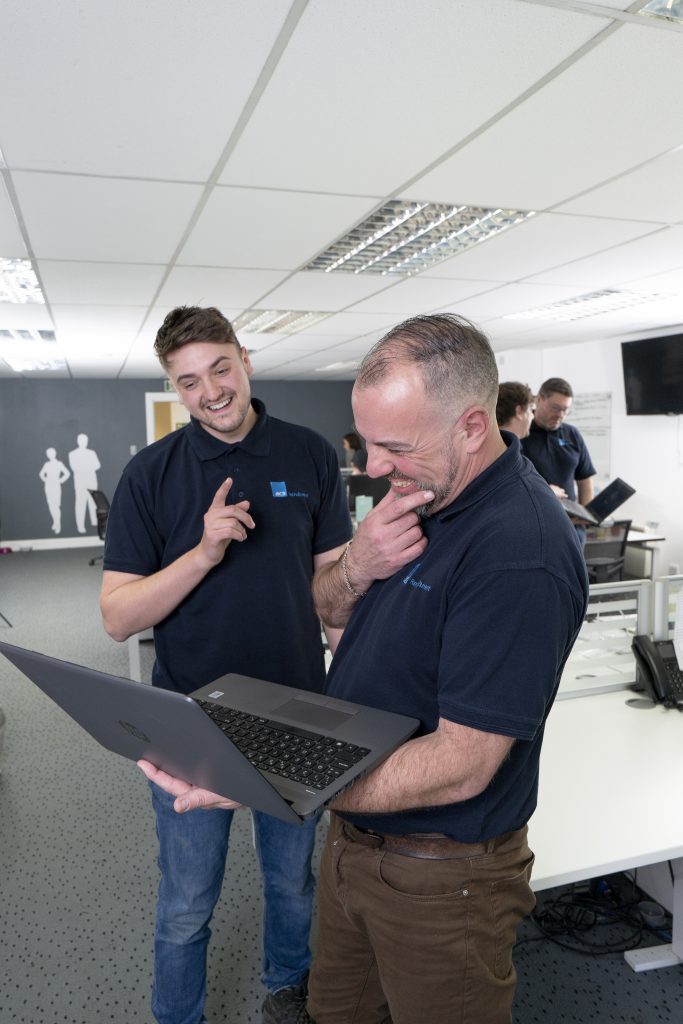 “From there I went on to become Account Manager, and then moved up again to Regional Manager in February this year. It’s been a time when I have had to prove myself all over again, but it has paid off, and ACS Recruitment’s ethos is that if someone shows that they’re capable, they are always looking to push them and support people to go further.”

As concerns about coronavirus grew in early 2020, Will Beesley found himself out of work when a sports camp for children in Europe where he was due to work all summer was suddenly cancelled.

“I didn’t have a clue what I was going to do,” said Will, “so I just took a temp job to tide me over until I found something. I was working as a picker when I was asked to be a Supertemp. I was on the early shift, so I was often there before the account manager was in, and I’d be making sure everyone had turned up and were ready to get started.

“It gave me confidence and showed me that it is possible to change, by working hard and pushing yourself to another level. I became an Account Manager earlier this year. ACS Recruitment picked me up when I hadn’t a clue what I was going to do with myself and have given me the opportunity to do something I never thought I would.”

In a similar situation was Alex Munden who started as a temp after losing his job at the start of lockdown. After being asked to take on a Supertemp role, he was promoted to Account Manager earlier this year.

He said: “I would never have applied for anything like an account manager job, I didn’t think I had it in me. The way this has worked out is fantastic, and I am grateful to ACS Recruitment because I think they saw something in me that I would never have seen in myself.”

Gary Clayton is now Regional Manager for ACS Recruitment on-site partnerships in East Northamptonshire and Peterborough. He started work as a temp after being made redundant from his role as a salesman at a motor dealership when the first lockdown was imposed.

“I’d been there less than two years, so I lost my job,” he explained. “I just got on with it and took any work I could and ended up picking and packing. I thought I would be there for four or five weeks until I found something else, but they saw that I had the skills and experience, and they gave me the opportunity to do more. I was 50 when I was made redundant, and that doesn’t help when you’re applying for jobs, but ACS Recruitment didn’t care about that. And, I have to say, I’ve met some of the most fantastic people doing this job.”

To find out more about ACS Recruitment, call 01604 704058 or visit www.acsrecruitment.co.uk