There is no denying that the 2020/21 season has been a hugely frustrating one for all MK Dons season ticket holders, with spectators only permitted to attend two home league fixtures prior to Christmas, in addition to a number of games where the club delivered hospitality ‘behind closed doors’.

During this difficult period, season ticket holders have stood by MK Dons with an outstanding show of support, with many choosing to leave their payments with the club to help it through the most difficult period in their history – proof, indeed, of just how important a football club is to its community.

The good news is that the Government’s roadmap out of lockdown has provided everyone with confidence that lives will improve in so many ways, and that includes the resumption of live sport in the not-too-distant future.

The club hopes to welcome supporters back to Stadium MK in time for the start of the new season, but recognises that supporters will still have several questions, to which no one can provide a guarantee or absolute certainty, such as: will lockdown be removed by August? Could the season be later interrupted by a return to behind closed doors fixtures? Will social distancing be in place?

That is why MK Dons have made the decision that, for one season only, nobody will pay more than £230, including VAT, to renew or purchase a 2021/22 MK Dons season ticket, in all areas of the stadium. 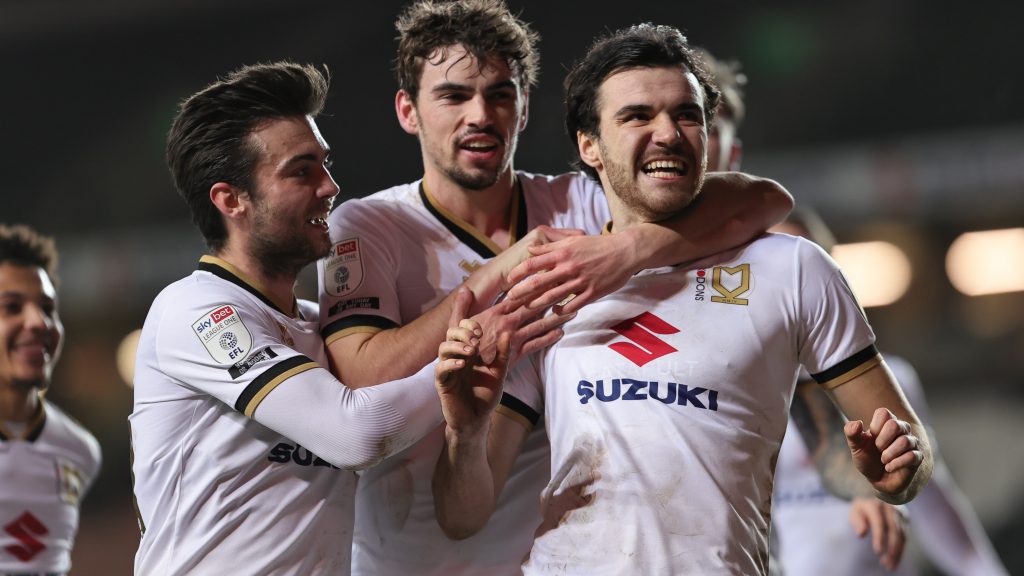 This includes those supporters who like to enjoy the comforts of matchday hospitality, such as a delicious three-course lunch in Pitchside Restaurant and Bar, and the luxury of seating on the Directors Balcony. They will pay just £230 to renew or purchase their season ticket, then as soon as the Government deems it is safe to do so, they can upgrade their season ticket to the full hospitality package for an additional cost, once the Governments plans are made clear.

Why £230? Well, that equates to the cost of watching 23 home fixtures on iFollow – the EFL’s video streaming service. In the event that there are further disruptions to watching live sport, this guarantees value of being able to watch the Dons from home.

MK Dons have been bowled over by the response to the 2021/22 season ticket campaign which launched at the end of March. The offer of an adult season ticket from just £19.17 per month – or £10 per home fixture – is proving to be very popular.

Not only have many supporters renewed, but many former season ticket holders have returned, while many more have purchased a season ticket for the very first time.

Andy Gibb, Group Sales and Marketing Director of MK Dons, said: “We are very much encouraged by the response to our pricing initiative and hope it will provide supporters with the confidence and clarity to join us as season ticket holders.

“The club’s popular Under-12s Go Free scheme is also extended to the 2021/22 season, making watching MK Dons an affordable day out for families.

“The entire team are looking forward to the return of supporters to Stadium MK because it has just not been the same without them.”