While he may be new to Northamptonshire, DFA Law’s new partner, David Davies, brings, literally, a world of experience to the practice and its Corporate Law team.

Having joined the firm as a consultant at the end of last year, David became a partner in May, and is already excited by the amount and variety of cases he’s been involved with in his first few months – and about finding a base that he can finally call home.

David joined London law firm Linklaters straight after graduating from Oxford. He qualified in 2000 and then found himself working in the firm’s offices in the Czech Republic and Hungary before becoming head of corporate of Linklaters’ legacy firm in Central and Eastern Europe, Kinstellar. From there he opened an office in Serbia as it continued to develop as an independent country after the break-up of Yugoslavia.

“They were crazy years for me, there would literally be times when I wouldn’t know which of four countries I was heading for that week,” said David. “I’d have a two-night holdall permanently packed in my office and head off wherever I was told I was needed.

“It got to the point where the airport staff knew me by name, and that’s a clear sign that you’re not living a normal life. It was exciting but not something you can do forever.”

A lot of the work in Europe involved privatisations and property transactions as the countries came out of state ownership, investment from Western European businesses, or working with companies getting back on their feet in the aftermath of turmoil and conflict; setting up offices and laying the foundations for local lawyers to train and take over the growing practices. 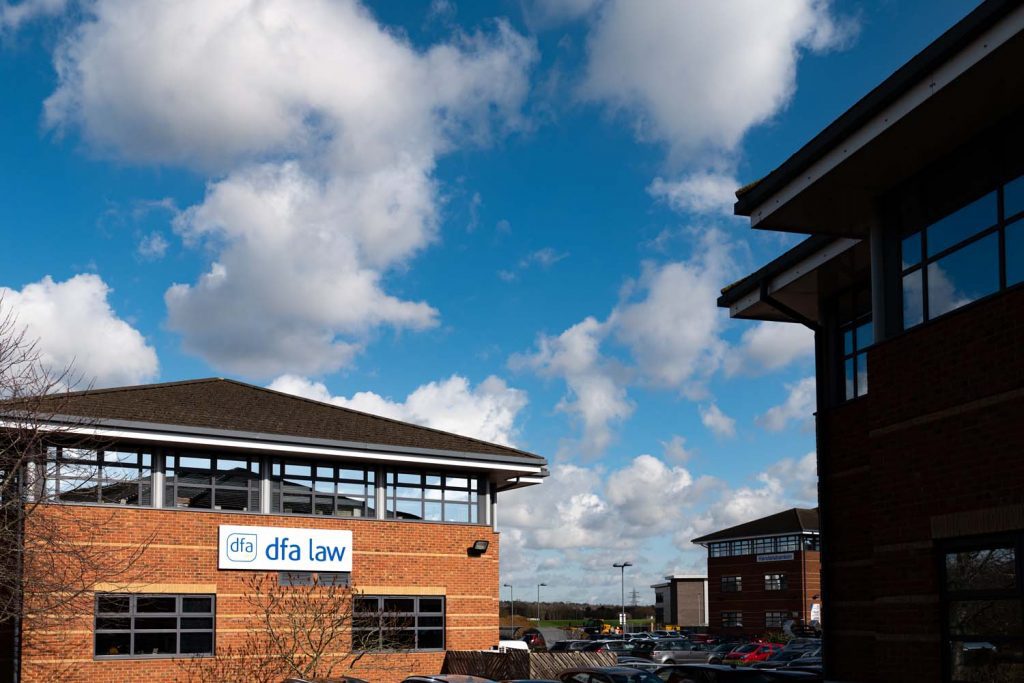 David led the team that handled the £1.5bn takeover of a Serbian mobile phone operator by Norwegian telecoms giant Telenor – a process that involved weeks of working from a hotel room and grabbing two hours of sleep at a time as negotiations reached a critical point.

“There were some really exciting moments,” added David. “I was there in 2004 when the Czech Republic and Hungary joined the EU, sitting there with lots of new deals drawn up and ready to close once the accession happened. It was a great life, but once the markets were settling down into normalcy and the satellite offices could take care of themselves with good, qualified staff, I decided it was time for a change.”

A process of deciding where home would finally be led David into discussions with a number of British firms, including DFA Law in Northampton, where the plan was for David to step into the shoes of John Keeble who was retiring as the head of the Corporate team. The pandemic put those plans on hold until the end of last year but now David is in place and ready to drive the Corporate division forward.

As well as acting for those buying and selling businesses and director and shareholder issues, corporate services include the complete range of corporate law matters such as reorganisations, share options, succession planning and the full range of commercial agreements.

“What I love about corporate law most of all is dealing with the people and being aware of what your work means to their lives,” said David. “Working with a serial entrepreneur or a large corporate, who are  used to buying and selling businesses, brings its own challenges, but when you find yourself helping someone who has built a business up over 30 or 40 years and is selling in order to retire, you need to approach that in a different way. Seeing someone realise the benefits of all their hard work, maybe passing the business on to their children, and making the move into a different part of their lives, is very satisfying but needs to be handled with care. It’s emotional for everyone and, as lawyers, we have to remember that and be sensitive.

“On the other hand, the more day-to-day commercial arrangements of a business aren’t always the most exciting thing for our clients – but nailing every detail is vital to protecting them and not leaving them exposed.

“I’m now very much looking forward to settling in one place, unpacking my suitcase, and developing relationships with clients and the other professionals I’ll be working alongside once we’re able to meet up again. Northamptonshire already strikes me as a county that very much has its own identity and a strong, tight-knit business community and I’m looking forward to becoming a part of that.”