The centre will be a Car servicing garage, workshop and training facility, as an Automotive Centre of Excellence. A family firm that started as a one-man automotive operation 20 years ago has transformed a Kettering site into a specialist hub for car air conditioning systems, and a Centre Of Excellence for Car repairs and Servicing under their two other brands, Eurorepar, and Petrolheadonism Performance.

Bee Cool, founded by David Fry (Chairman), began from a base in Higham Ferrers, moved to Burton Latimer, expanded to Kettering and due to business growth now has its new HQ in Northfield Avenue.

“I’ve gone from a one-man-band to this. We have 11 employees, 16 vehicle repair bays as well as offices, a Training Centre, and an in-house Welding Workshop where we make prototypes for Tier 1 Manufacturers. 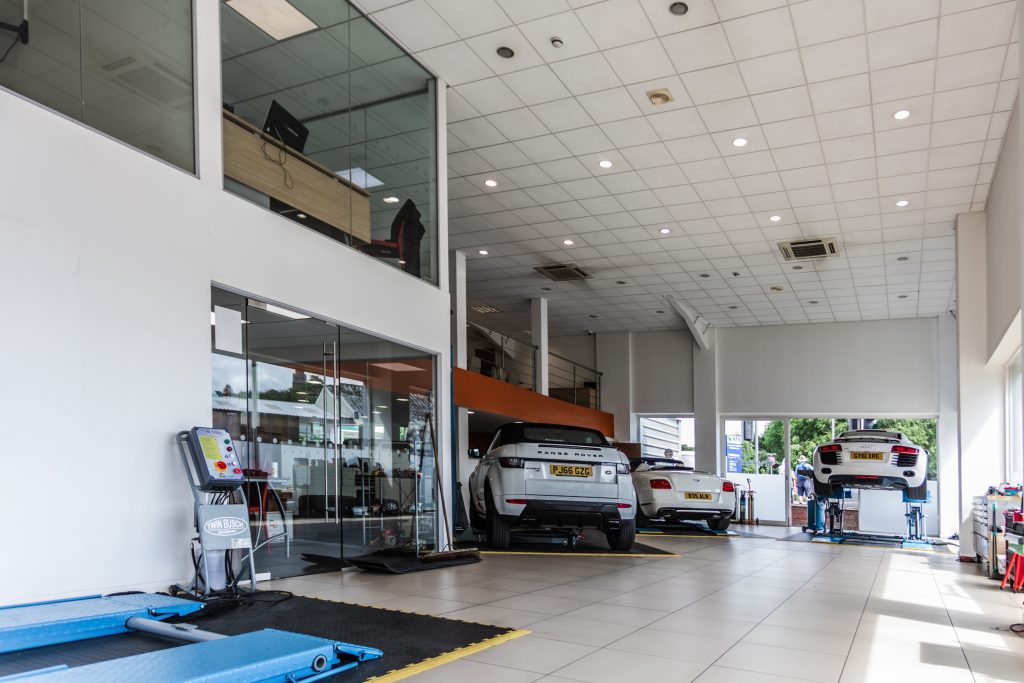 “We are fully trained, licensed, and insured to work on all aspects of vehicle A/C systems including Electric Vehicles (EV) and Hybrid Vehicles.”

“Whether you have a family run-around, or a £1 million Formula GT Racecar and everything in-between, including farmers tractors, HGVs and large plant machinery we do it all.”

Bee Cool’s journey started in 2001 when Mr Fry spotted an emerging gap in the automotive market after he became the owner of his first luxury car – a Vauxhall Omega MV6.

He was enjoying his motoring experience, until the hot weather when he realised his A/C was broken and despite working and repairing cars since a teenager, he needed help.

After several visits to many garages, he was met with frustrated faces and shrugging of shoulders.

Two visits to the Vauxhall main dealer and with a £1,000 bill, the idea of Bee Cool was born.

In 2007, the business expanded offering a mobile service to visit retail customers both at home, and their place of work, and servicing trade and motorsport clients.

Moving from Mr Fry’s home town of Higham Ferrers to a workshop in Burton Latimer, they doubled their capacity with a move to Kettering in 2015.

In 2017 Bee Cool Performance & Motorsport was founded, now called Petrolheadonism Performance, specialising in servicing and maintaining high performance marques such as Ferrari, Bentley, and Lamborghini, as well as organising many car events.

Keeping it in the family, Mr Fry works alongside son-in-law Brett Hay who is operations director. Even grandson Harley, 17 months, is motor mad with his first word being ‘car’.

Unveiling a plaque in the showroom to mark the official opening, the Rt. Hon. Philip Hollobone MP praised Bee Cool and Mr Fry for his business acumen and entrepreneurial skills.
He said: “It is an honour to open Bee Cool’s centre of excellence here right in the heart of Kettering. It is an amazing story and an example to all small businesses.”

“To expand in the teeth of the pandemic is incredible.”