Fitness fans are being asked to turn out in their thousands to help a charity HIIT its world-record breaking target.

We Mind & Kelly Matters has teamed up with Wicksteed Park in Kettering to stage Workout@Wicky’s – an attempt to break the record for the largest HIIT session. The current record of 3,804 people was set by The Body Coach, Joe Wicks, four years ago.

In order to ensure the judges from the Guinness Book of World Records are happy that the previous number has been surpassed, the organisers are hoping to get at least 5,000 people into Wicksteed Park from 9am on September 12 for the event.

HIIT is a high-intensity training routine, but it’s a format that allows everyone to work at their own pace. Following a warm-up, the Workout@Wicky’s bid will last just over the 30 minutes required for the world record, and will involve four rounds comprising a series of exercises repeated for 30 seconds, with 30 seconds rest in between. Because everyone can work at their own level, the event is suitable for anyone in good health and with reasonable fitness levels.

We Mind & Kelly Matters was set up by John Hewitt and his family after his daughter Kelly took her own life aged just 24 in 2018. The important role exercise plays in improving mental health is something John strongly believes in.

“When we lost Kelly, I went through a very difficult time, but we set up the charity and arranged the Kelly’s Heroes John O’Groats to Land’s End cycle ride last year to raise money,” he explained. “It was training for the ride that made me realise how much good getting out and exercising was doing me.

“We don’t expect to raise a massive amount of money from this event, because there are a lot of things we have to put in place to make sure everything runs smoothly and safely, and that the judges are happy we’ve hit our target. The team at Wicksteed Park are used to getting large groups of people into the park, then we’ve got stewards in place to keep everyone safe and make sure everyone is taking part to the best of their ability.

“The Guinness judges are very strict, so we have to convince them that we’ve got enough people completing the session, but at the same time, this is a fitness routine that is accessible to anyone with a reasonable level of fitness. You work at your own pace, and as long as the judges can see that you’re taking part and doing your best, they’re happy.

“By getting the numbers as high as possible, we’ll be covered for anyone who struggles too much or who decides not to carry on.”

Anyone aged 16 and over can enter at the Workout@Wicky’s Eventbrite page, and entry is £5.98 per person. Any funds that are left when the organisational costs have been covered will go to the charity.

“This is more about awareness than making money, but if we do get enough people, there will be funds to spare. Because all of the charity’s costs are covered either by the family or our business supporters, every penny raised for We Mind & Kelly Matters goes directly to front line services to help people struggling with mental health issues.” 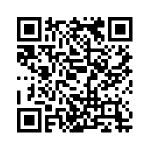 Get your tickets now, scan the QR code