Poppy Bailey was, like many four-year-olds, obsessed with Disney princesses and playing in the park with friends, and was delighted to welcome baby brother Oscar when he arrived in April 2020.

But around the same time, Poppy started complaining of pains in her legs. When the leg pain got worse, Claire contacted her GP and a blood test was arranged. Claire and Ross, from Lavendon, were told to take Poppy straight to Bedford Hospital for more tests and scans, where a chest X-ray revealed a large tumour wrapped around Poppy’s heart and pushing against one of her lungs. 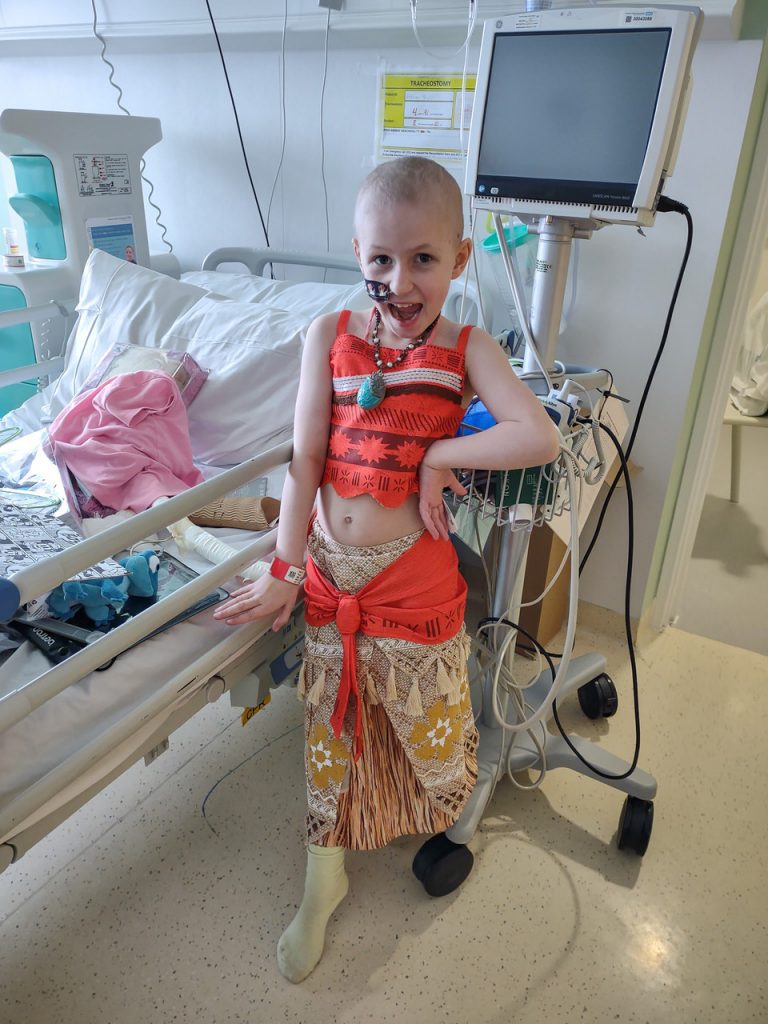 “Our world came crashing down around us in seconds. We were unable to comprehend what was happening. We refused to believe it at first, insisting that our little girl, who’s always been the picture of health, couldn’t possibly have cancer,”

Neuroblastoma is a particularly aggressive form of childhood cancer, which affects around only 100 children in the UK each year. In half of those cases, the cancer has spread – and sadly this is the case for Poppy.

A biopsy and scans revealed the cancer had spread all through Poppy’s bones and bone marrow, and she was officially diagnosed with Stage 4 high-risk neuroblastoma just weeks before her fifth birthday.

Treatment began immediately, and over the course of the last year Poppy has endured 13 rounds of chemotherapy at Addenbrookes Hospital in Cambridge, with side effects including sickness, hair loss, hearing loss and muscle damage.

“There are times when Poppy’s treatment has left her radioactive, making it too dangerous for her to be around her baby brother, so we are often separated as a family. Staying strong and keeping it together in front of her is the hardest part when we are dying inside and so terrified of the future, but we have to keep going for Poppy – and do it with a smile on our faces.” 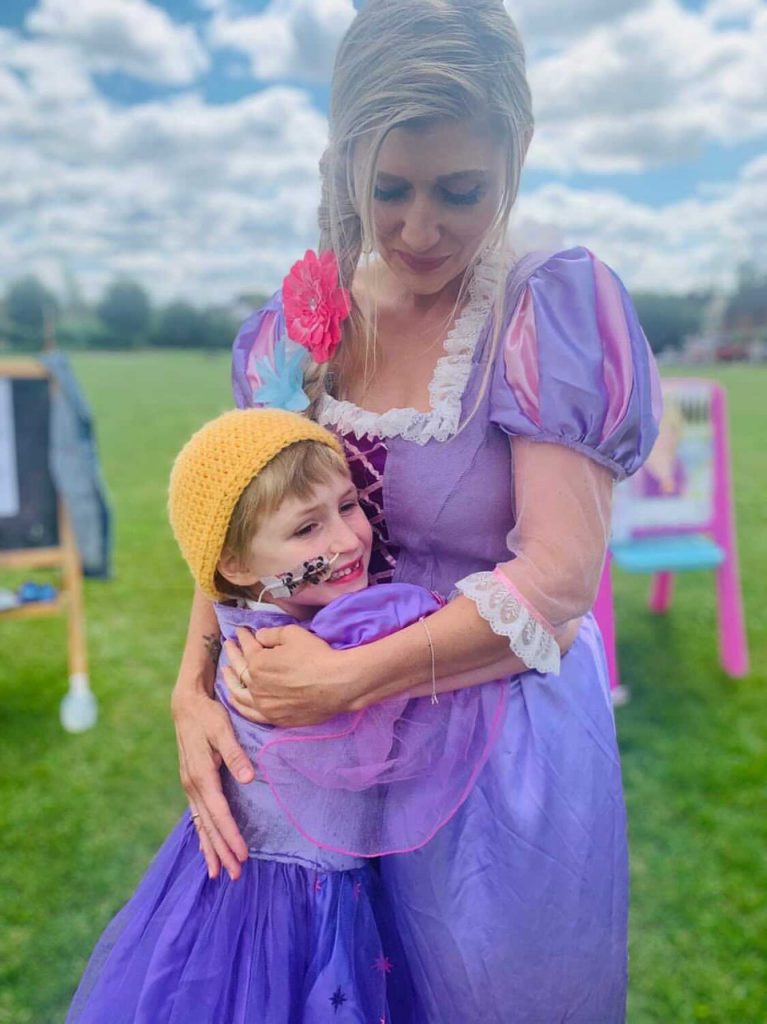 Despite all the treatment, Poppy has not responded to chemotherapy, and her doctors enrolled her in a clinical trial in London, where she has received two rounds of high-dose radiation so far, which required her to be treated in an isolation for 10 days with only minimal contact allowed with her parents.

“No matter what we throw at her, Poppy is still the cheekiest, happiest most caring soul, and makes everyone laugh wherever she goes,” says Claire. “We’re so proud of her inner strength and resilience at having to cope with things that no child should ever have to go through.”

When enough cancer cells have been cleared, Poppy will require surgery to remove her main tumour, high-dose chemotherapy with stem-cell rescue, radiotherapy and immunotherapy. But even after all this, Poppy’s parents face the daunting task of raising £250,000 to continue her treatment abroad.

“It’s a huge amount of money,”

“but we will do anything we can to give Poppy the bright future that she deserves.”

Claire and Ross have started a fundraising campaign and have set up a fundraising page justgiving.com/campaign/princesspoppy. Donations can also be made by texting ‘POPPYB’ followed by any whole amount (up to £20) to 70085