Following Valtteri Bottas’ departure to Alfa Romeo Racing, George Russell will be a teammate to Lewis Hamilton from 2022.

The Mercedes-AMG Petronas F1 Team today confirmed that George Russell will become team-mate to reigning seven-time world champion Lewis Hamilton, beginning from the 2022 Formula One season as the sport enters a new era of technical regulations.

This confirmation follows the news that Valtteri Bottas will join Alfa Romeo Racing next year, after five highly successful seasons with Mercedes. Valtteri joined Mercedes in 2017, scoring 9 race wins, 54 podiums and 17 pole positions to date with the team. He has played a pivotal role in Mercedes winning four Constructors’ World Championships since 2017, and his partnership with Lewis Hamilton will be recorded as one of the most successful in the sport’s history.

Valtteri will be succeeded by 23-year-old George Russell, who joined the Mercedes Young Driver Programme in 2017. George won that season’s GP3 Series championship, and became FIA Formula 2  champion the following year, before graduating to Formula One with Williams in 2019. His work ethic and performance have continued to impress during his three seasons with Williams; he is now ready to make the step to Mercedes and to continue his career development alongside Lewis Hamilton, after signing a long-term contract with the team. 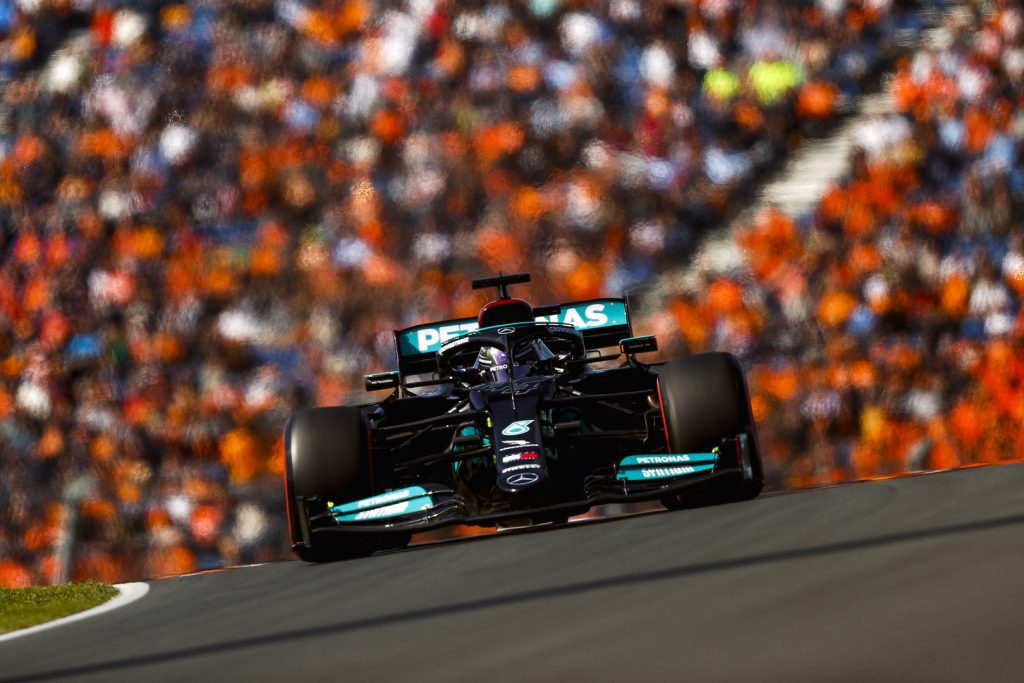 ”I am so proud of everything we have achieved together in my time with Mercedes – and it is not over yet, because we have our biggest challenge so far to try and claim our eighth constructors’ title.

When I look back on my time with Mercedes, I want to be able to say that I squeezed every drop out of this opportunity and left nothing on the table; and I want to make sure that we finish our time together as champions. It has been a privilege and a great sporting challenge to work with Lewis, and the harmony in our relationship played a big part in the constructors’ championships we won as teammates. Later this year, the time will come to say goodbye –that’s not for now, but I would like to thank Toto and the team for the respect in how we took the decision together. I am really pleased to have chosen my new challenge with Alfa Romeo, an exciting and iconic manufacturer, and by the opportunity to help lead the team forward up the grid. I’m as hungry as ever to race for results and when the time comes, for wins. But for now, my mission is clear: maximum attack for Mercedes, all the way to the final lap in Abu Dhabi.” 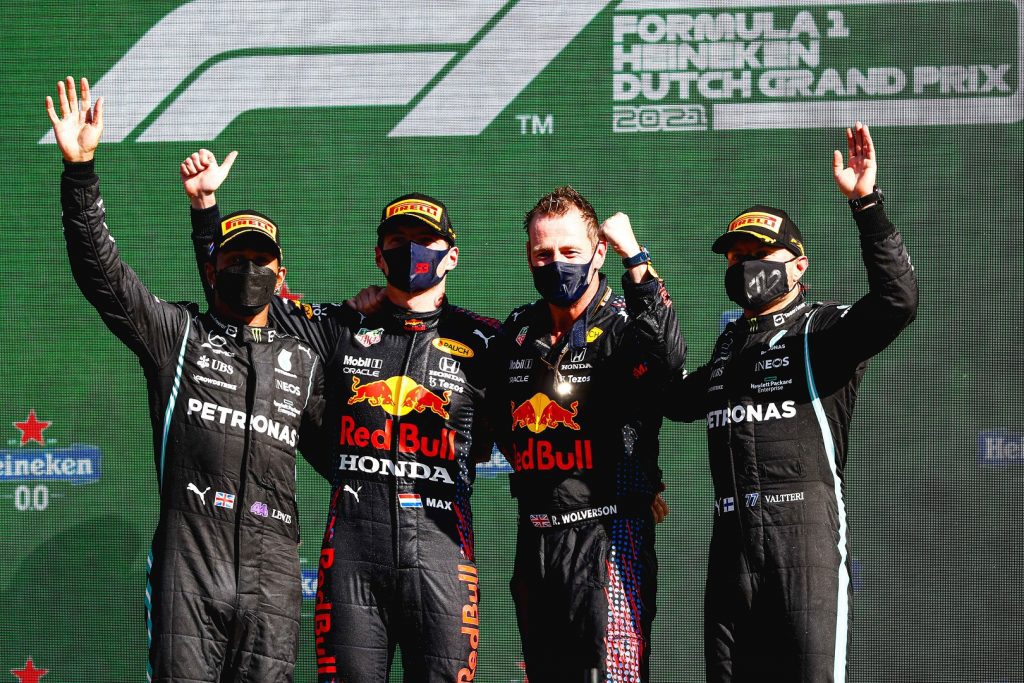 ”It’s a special day for me personally and professionally, but also a day of mixed emotions. I’m excited and humbled to be joining Mercedes next year, which is a huge career step, but it also means I’ll be saying goodbye to my teammates and friends at Williams. It has been an honour working alongside every member of the team, and an honour to represent the Williams name in F1.

Since I joined in 2019, we have worked tirelessly to push each other forward and bring the team back up the grid where it belongs. We’ve battled for every qualifying position, every point, and every tenth of a second. No matter how tough it’s been, nobody has ever given up, and that has inspired me every day. I’ve loved every moment in what I’d describe as a true heart and soul racing team, and I’ll be pushing harder than ever to make sure we end our story in the best possible way.

Looking ahead to next season, I’d be lying if I said I wasn’t absolutely buzzing. It’s a huge opportunity and one I want to grab with both hands. But I’m under no illusions as to the scale of the challenge; it’s going to be a steep learning curve. Valtteri has set a high bar, consistently delivering week in and week out, scoring wins, pole positions and helping win multiple championship titles. My target must be to reward the trust that Toto, the team, and the board have placed in me by ensuring I play my part in continuing that success and I want to do my new team-mates proud. Of course, one of those new teammates is in my opinion the greatest driver of all time. I’ve looked up to Lewis since I was in go-karts and the opportunity to learn from someone who has become a role model both on and off-track can only benefit me as a driver, a professional, and a human being. For now, though, I have nine more races as a Williams driver, and I want to make sure they are the best nine of my time with the team. Then, and only then, can I turn my attention to 2022.

A huge thank you to Williams, to Mercedes and to everyone who has supported me in getting to where I am today. I couldn’t have done it without every single one of you”. 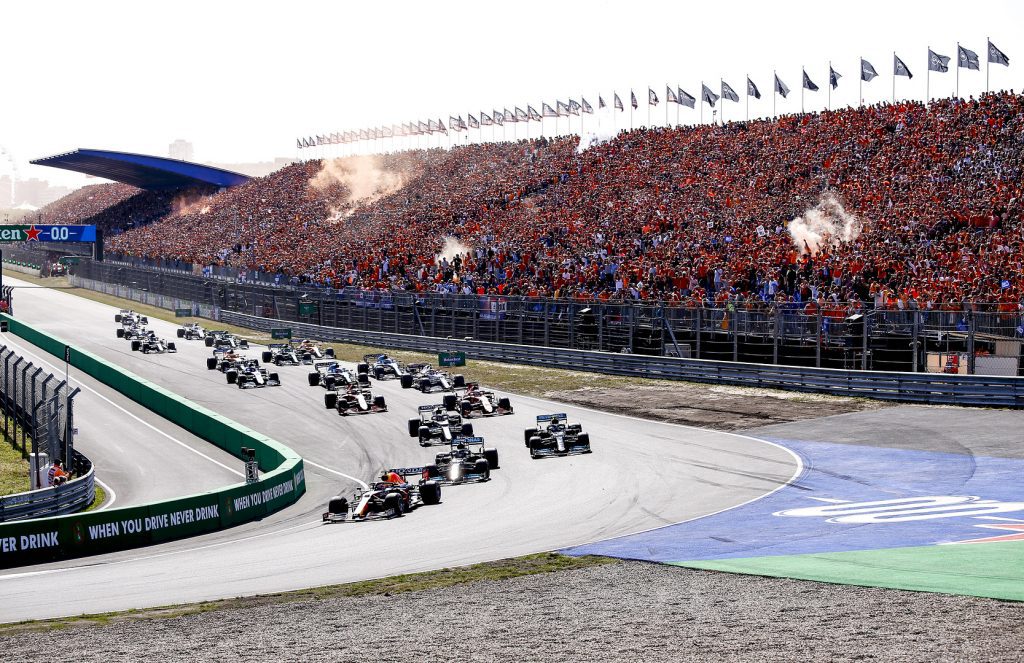 ”This hasn’t been an easy process or a straightforward decision for us. Valtteri has done a fantastic job over the past five seasons and he has made an essential contribution to our success and to our growth. Together with Lewis, he has built a benchmark partnership between two teammates in the sport, and that has been a valuable weapon in our championship battles and pushed us to achieve unprecedented success. He would absolutely have deserved to stay with the team, and I am pleased that he has been able to choose an exciting challenge with Alfa next year to continue his career at the top level of the sport; when the time comes, he will leave us with huge goodwill from every single member of the team, and he will forever be part of the Mercedes family.

Looking forward to 2022, we are very happy to confirm that George will have the opportunity to take the next step in his career and join Mercedes. He has been a winner in every racing category – and the past three seasons with Williams have given us a taste of what the future could hold for him in F1. Now, it is our challenge together to help him continue learning within our environment and alongside Lewis, the greatest F1 driver of all time. I am confident that as their relationship grows, they will form a strong team and deliver for Mercedes on and off the track in the years ahead. It’s a weight off our shoulders to have our plans for 2022 clear and announced; but now, our focus returns to the final nine races of this season and putting everything into our challenge for this year’s world championships”.