Us drivers, we love nothing more than to talk about our journey to work and the near-death hazards that we’ve negotiated along the way. Driving in rain/snow/hail/storms and on black ice can be fruitfully mined to initiate conversation, at every opportunity. So can stories about our driving being impeded, or made unpleasant, by obstructions in the road, congestion, roadworks, incidents and accidents, middle-lane huggers, Sunday drivers, boy racers, road-ragers (never us!) and tail-gaters (again never us!).

I sometimes – usually at social gatherings when my associate discovers that I am a solicitor – get asked if running out of fuel on the motorway is a criminal offence. If I had a pound for every time that someone asked me that! A simple question, but alas the answer is not such a simple one. In fact, from time to time, the question has kept both judges and juries pontificating for days on end. Obviously, the question is not to be equated with one of life’s great mysteries, but it does deserve a clear answer. 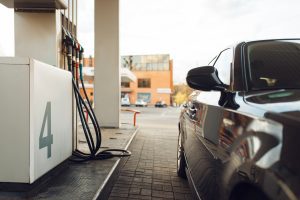 The answer is yes, no and maybe!

No. Contrary to popular urban myth, it is not illegal to run out of fuel on a motorway. The red top newspapers like to give this message though, using journalistic licence and their penchant to overstate every aspect of human frailty and stupidity. Stupid people make good reading, but stupid people committing criminal offences, well that just makes even better reading.

The ‘no’ answer is possible because the wording of the relevant regulations specifically allows ‘stopping’ on a motorway hard shoulder, in the event of an emergency. Emergencies, according to the regulations, include the vehicle not being able to function due to lack of oil, water and fuel, as well as mechanical defects and other causes of vehicle breakdowns. However, the powers that be do not end their enquiries at this point – that would be far too simple, wouldn’t it?

Yes. In certain circumstances, running out of fuel on the motorway can result in prosecutions for offences such as obstruction of the highway, careless and inconsiderate driving, or even worse, causing death by dangerous driving, which is punishable by a custodial sentence of up to 14 years. Careless and inconsiderate driving can result in nine penalty points, a fine and a discretionary disqualification of up to 56 days. Also, don’t forget that the totting up penalty points system results in automatic disqualifications of six months, unless you are able to successfully plead ‘exceptional hardship’. 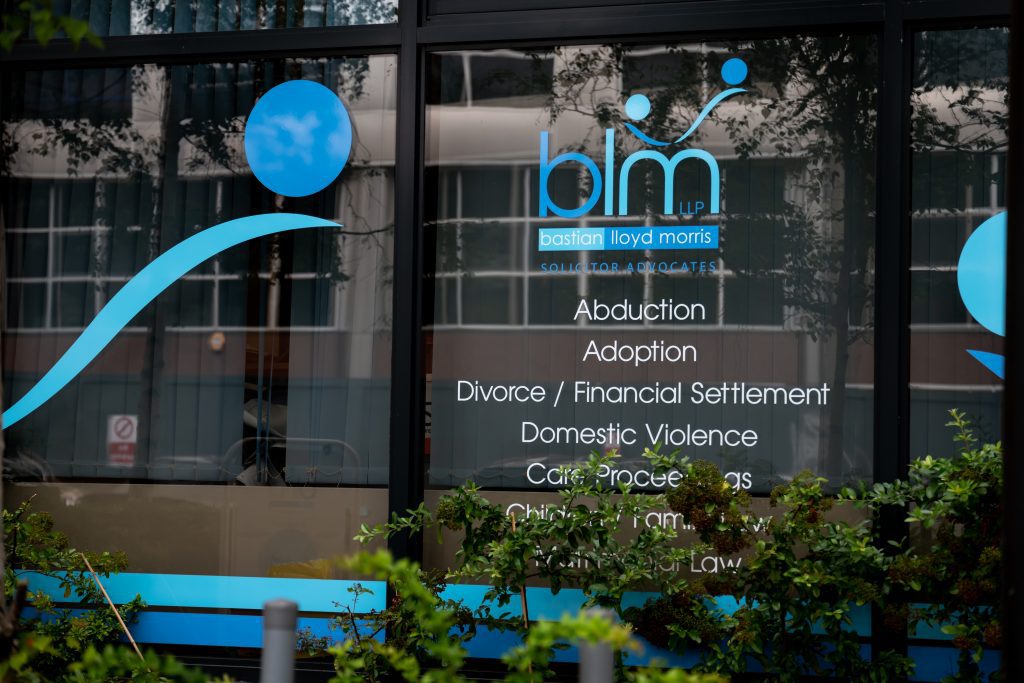 Maybe. As indicated, the situation is not a simple black and white one. Almost inevitably, it is various shades of grey. For example, running out of fuel a mile after having passed a services petrol station might result in a less than sympathetic prosecutorial stance. Whereas, on the other hand, an unexpected service station closure, is not likely to lead to a harsh approach.

Also, running out of fuel may actually constitute a defence to a prosecuted offence. It depends on the circumstances. One example might be where someone has vandalised or tampered with your fuel gauge without your knowledge; or the ‘mechanical defect’ relied on might be the broken fuel gauge, which became defective after you entered the motorway. The driver seeking to rely on such a defence has to prove it on the balance of probabilities.

Furthermore, ‘emergencies’ strictly speaking, only qualify as such if they actually arise on the motorway. This means that if you knew you were low on fuel before you joined the motorway, it might be difficult, if not impossible, to argue that running out fuel qualifies as a real emergency.

Actually, this argument applies to water, oil and brake fluid as well. In fact, Highways England uses clever wordplay to counsel us to thoroughly check our vehicles before every journey, especially long ones. My favourite is ‘Don’t be a dipstick – check your oil’, so as to avoid your engine from seizing up and breaking down. 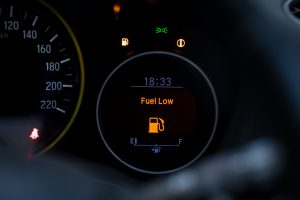 Objectively, the margins are fine, and situational factors will almost certainly come in to play. The Reasonable Man/Woman, who is ultra-cautious, and super-responsible, sometimes bears little resemblance to the actual real-life human being. This is an observation of, not a criticism of, human failure. We’re all human!

Also, prosecution decisions are often informed by the ultimate consequences, of human failure. However, that is not the same as saying that no consequences means no prosecution. That would be far too easy. The emergency services are not likely to be enamoured by having to effect a rescue, for an emergency that has been fuelled by mere stupidity. No pun intended!