The government is making a bold commitment towards combatting climate change with the sale of new petrol and diesel cars to end by 2030.

With business owners making significant savings under the current tax regime over the next four years, businesses are taking the shift to all-electric seriously.

Back in the 1980s, company cars were the way to go for most businesses and their owners. The benefit in kind was cheap, capital allowances respectable, and the cost came out of pre-tax company money. Successive governments have, however, seen the company car as a cash cow, raising the tax cost of a car benefit to a level where they were only suitable for commercial travellers.

Technology has opened the door to all-electric cars that look, feel and perform comparably with their petrol or diesel equivalents, together with a range of incentives to encourage businesses to choose electric vehicles as company cars.

While most petrol and diesel cars get up to just an effective 1.14% annual deduction on the purchase price via capital allowances, the first-year allowance on a new electric vehicle equates to a 19% immediate discount, though some may be clawed back when you sell the car.

Electric vehicles are exempt from both first year and subsequent years’ road fund licence. The tax on the director/employee who uses the car privately is currently based on 1% of the list price of the car when new (rising to 2% from April 6, 2022) and there is no tax on the benefit if the company pays for electricity.

A £350 grant is also available for the installation of a charging point at home, and, if the company pays, the benefit in kind is zero. The company will get 100% first year allowances on it, too.

The cost of maintenance of electric vehicles is usually low, typically needing servicing every two years with fewer moving parts. There are, however, things businesses and their owners need to keep in mind that may deter them from choosing fully electric vehicles.

The biggest is that certain tax incentives only apply if you can buy the car through your company, and an electric vehicle costs roughly 25% more than its petrol or diesel equivalent.

Whilst improving, range and ability to charge is also often a deal-breaker for many drivers, as are the largely unknown second-hand values.

Most important, perhaps, is that the incentives are bound to disappear once an EV is the norm, so at a guess, by around 2025, we can expect to see the incentive dwindle.

The various incentives for electric vehicles are in operation in 2021/22. Governments notoriously tinker with car benefit in kind charges, and what is the case this year may not be here next year. The best information is that most of these incentives will be here till 2025.

Liam Henry, Principal at accountants Hillier Hopkins, can be reached by email at 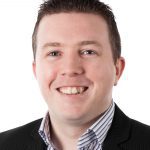