Moulton College has celebrated its 100-year anniversary with a prestigious event including alumni, employer partners and staff. The event, which celebrated the college’s ‘past, present and future’ included fond memories from previous students dating back to the Fifties and a video timeline displaying the college’s history.

Guest speakers from the college’s alumni, employer partners and Countryfile presenter Adam Henson, attended. The event also recognised the hard work of the college staff with long service and achievement awards presented during the main ceremony.

“100 years of teaching is a remarkable achievement and it was only right for us to celebrate this major milestone. With our renewed focus on providing an excellent experience for our students, developing a curriculum which meets the needs of employers and providing quality training for both young people and adults, I am confident that the college will continue to thrive for the next one hundred years!”

Established in 1921, Moulton College – formerly the Institute of Agriculture, was opened by the Minister of Agriculture at the time, Sir Arthur Griffith Boscawen. It initially welcomed 26 students through its doors to study general agriculture. Mr A. Stewart was the newly appointed principal.

During the 1930s, the college acquired additional land following a donation by Mrs A.S. Harrison, a prominent figure in the life of the institute. Mrs Harrison’s farm in Wellingborough offered a supplementary learning resource, and she also donated £10,000 to build the Thomas Harrison Hostel on West Street in Moulton. This new facility provided accommodation for up to 40 students, as well as a new dining hall, lecture rooms and laboratories for testing. Mrs Harrison died in 1939 leaving a wonderful legacy, the Thomas Harrison Trust Fund, which still benefits students today.

The institute played a significant role during the war years, with all traditional farming courses cancelled to support the war effort. On September 18, 1939, a wartime course for Women’s Land Army trainees began, training over 1,500 land girls. The institute also played an important part in the national Dig for Victory campaign, increasing the production of home-grown food and helping to relieve shortages. In 1944, the institute began training ex-servicemen and women.

The 1950s marked a period of change with a new sports pavilion and the institute’s first engineering workshop. A Mr Cobb kindly donated a herd of Guernsey cows, which led to great excitement amongst staff and students. Mr Stewart retired after dedicating 38 years to the institute, increasing its profile nationally and internationally, and boosting numbers from 11 in the early 1920s, to over 80.

The 1960s marked a new era following the arrival of Mr T. Park, the new principal. Courses in farm management and animal husbandry were introduced along with part-time and evening classes. New capital projects totalling £250,000 began including the construction of a new teaching block, demonstration shed, woodwork shop and buildings for pigs and poultry. The institute was renamed the Northamptonshire College of Agriculture.

The college celebrated its 50th birthday in the 1970s by inviting HRH Prince William of Gloucester to open new buildings. A new dairy unit was opened with a state-of-the-art rotary parlour, and the college increased its number of Friesian cows and poultry. The very first computer terminal was also installed; a monumental day that received the following response from the then principal: ‘To some of you this may seem a little futuristic, but computers are being used to an increasing degree as time goes on’. 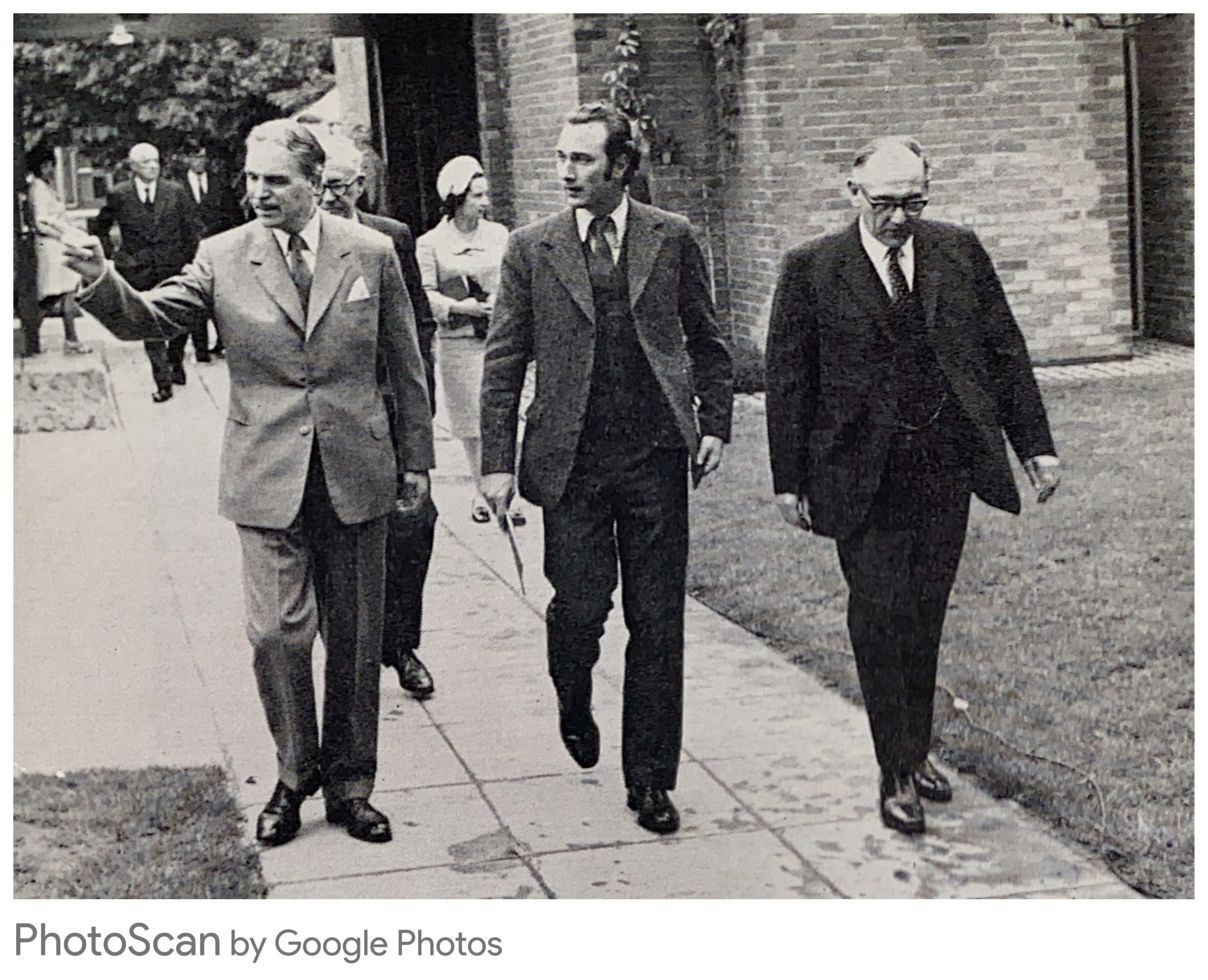 The 1980s witnessed the introduction of new courses in horticulture and horse management. A new advanced course specialising in cereals and combinable crops, and beef and sheep husbandry also launched. In the Nineties, the college introduced its first Higher Education courses, partnering with Nene College (now the University of Northampton). Further courses including furniture crafts, small animal care and horse care were introduced, with a new indoor equestrian school opened by HRH The Princess Royal. A Pick-Your-Own was developed at Home Farm with strawberries, raspberries, loganberries, gooseberries and rhubarb. Following the arrival of Chris Moody OBE as the new principal, a period of significant investment began to provide some of the best practical teaching resources in the country by 2012. A new Social Centre, Construction Services Centre, Learning Resource Centre and Equine Therapy Centre were constructed as part of this development phase.

The investment in facilities has continued in recent years with a state-of-the-art Food and Drink Innovation Centre opening its doors in 2019. The centre provides an invaluable teaching and learning resource for the college’s new food and nutrition courses. 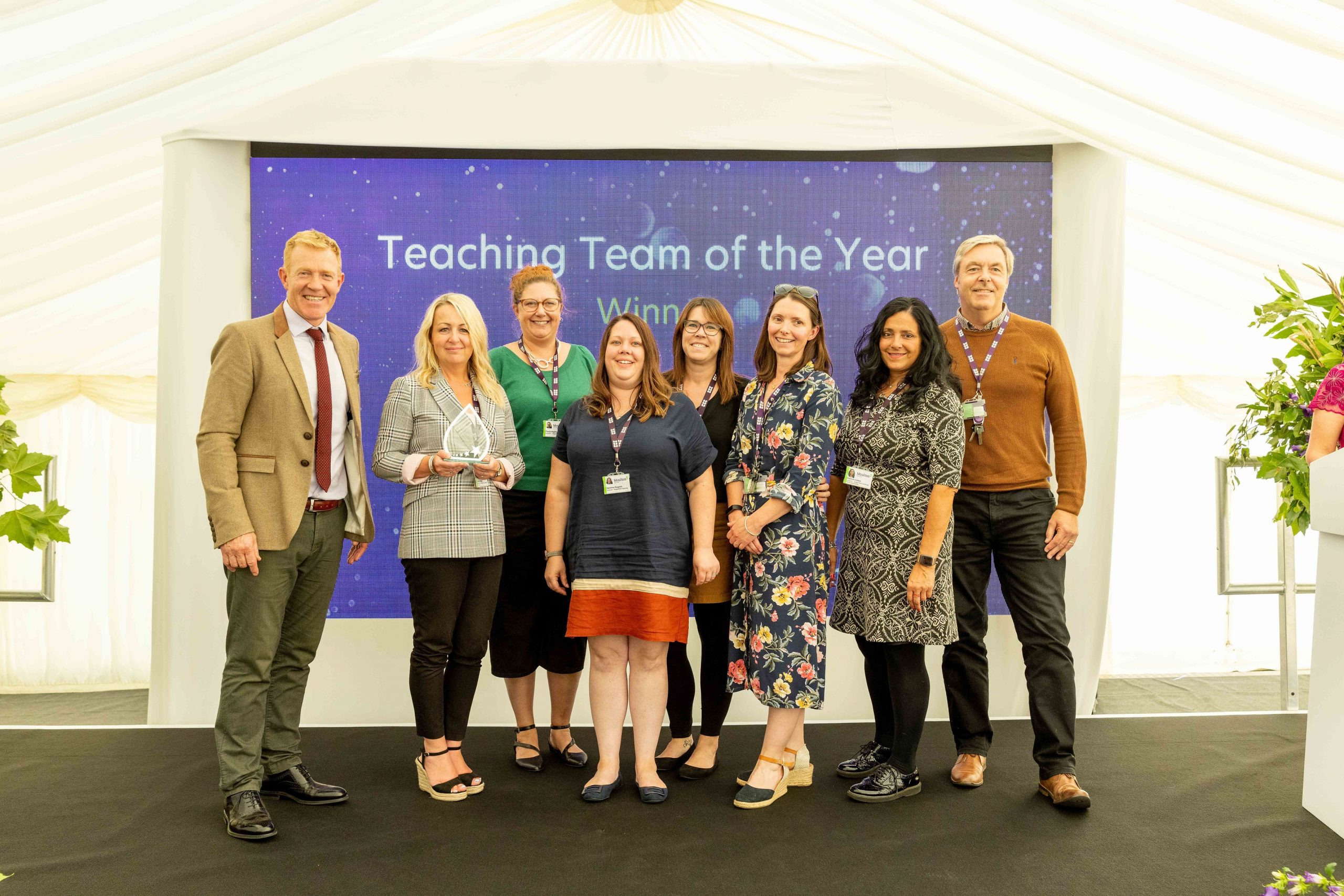 The last two years has seen substantial growth in student numbers. New courses in electrical installation and uniformed public services have launched and student numbers have increased by 30%. Additionally, despite lockdowns during the COVID-19 pandemic, students achieved 99.8% pass rate in their January exams demonstrating the resilience of the college’s staff and students.

To find out more about the history of Moulton College watch the video on YouTube www.youtube.com/watch?v=qKmnwbsjVMw