Local homegrown recycling and waste management company, Cawleys featured in the new and exciting celebrity environmental documentary ‘Celebrity Trash Monsters: What’s Your Waste Size?’ The 90 minute special aired last night on Channel 4 and was hosted by comedian Jon Richardson. The show highlighted important climate change issues and aimed to inspire three celebrities and viewers to reduce their waste output. Cawleys were delighted to be chosen as the location to showcase just how urgent the issue of waste is, and how important it is to reduce, reuse and recycle

The documentary featured former footballer John Barnes, television personality Kerry Katona and former supermodel Jodie Kidd. The format of the show involved each of the celebrities ‘wearing their waste’ in specially designed trash suits – forcing them to take account of how much waste is generated by the items they and their families consume each and every day.

Celebrity Trash Monsters accompanies a series of Channel 4 programmes focused on the issues of climate change, global warming and plastic pollution. Cawleys welcomed the team of celebrities for their final weigh-in to identify who had reduced their carbon footprint the most. They then invited the other two celebrities to their state-of-the-art Materials Recycling Facility to sift through their waste and identify those items that are most suitable for recycling. Luton based Cawleys has long been at the forefront of the recycling industry and is one of the few privately owned enterprises running its own Materials Recycling Facility (MRF). 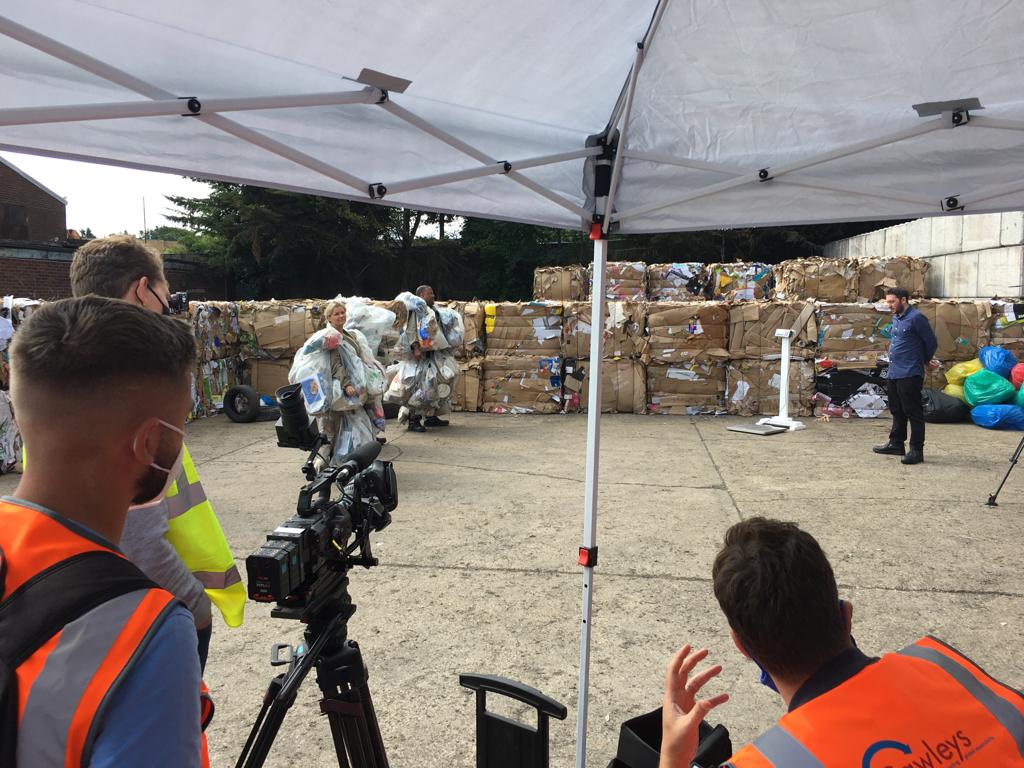 “Cawleys has long been an avid advocate of waste reduction and viewing waste as a resource. As a local family recycling business based in Luton, we are delighted to have had been involved in such a high-profile TV show and to be helping spread the message about how important it is to reduce waste and recycle whenever possible for the sake our planet.”