When Ken Tomkins first joined McDonald’s as a 21-year-old, few people would have imagined that one day he’d be promoting the new plant-based, vegan McPlant burger that’s soon to appear in restaurants, including the six Ken runs in Milton Keynes.

This month sees Ken’s tenth anniversary as a franchisee with the fast-food giant, but his association goes back much further than that. He first joined McDonald’s shortly after leaving university, working his way up through the ranks until he was a member of the executive board, operationally responsible for 500 restaurants. It was around then, when he was in his forties, that he realised that he’d like to get back to the ‘front line’, and became his own boss, taking on outlets at Westcroft and at Xscape on November 6, 2011.

His portfolio expanded with the new Brickhill site in 2013, followed by Kingston and Central MK in 2017 and then at Wolverton Tesco the following year. Before the end of 2021, the new Linford Wood restaurant will take his total to seven restaurants.

“I’ve only ever worked for McDonald’s and I held senior positions within the company, but then as I got older I began to think about what I’d enjoyed most about my time here and although I was very proud to have got to where I was, I did miss the interaction with customers,” said Ken.

“I decided I wanted to get back to that, and be involved in restaurants again, and McDonald’s were very supportive. It’s been ten years now, and I will be looking after seven restaurants by the end of November.

“What I like about McDonald’s is that they are a global company that likes to keep its restaurants as local as possible. I live in Milton Keynes and I’m proud of the town and I want to be successful here. With McDonald’s I get the chance to put my own stamp on what we do in terms of our involvement in the local community and when I go along to speak at meetings or planning committees, they’re often surprised to find that I’m not someone sent down from London, but I live locally and I care about the local area.

“I’ve got skin in the game, as they say, and I’m very proud of the fact that 12 of my original team, dating back to ten years ago, are still working for me today.” 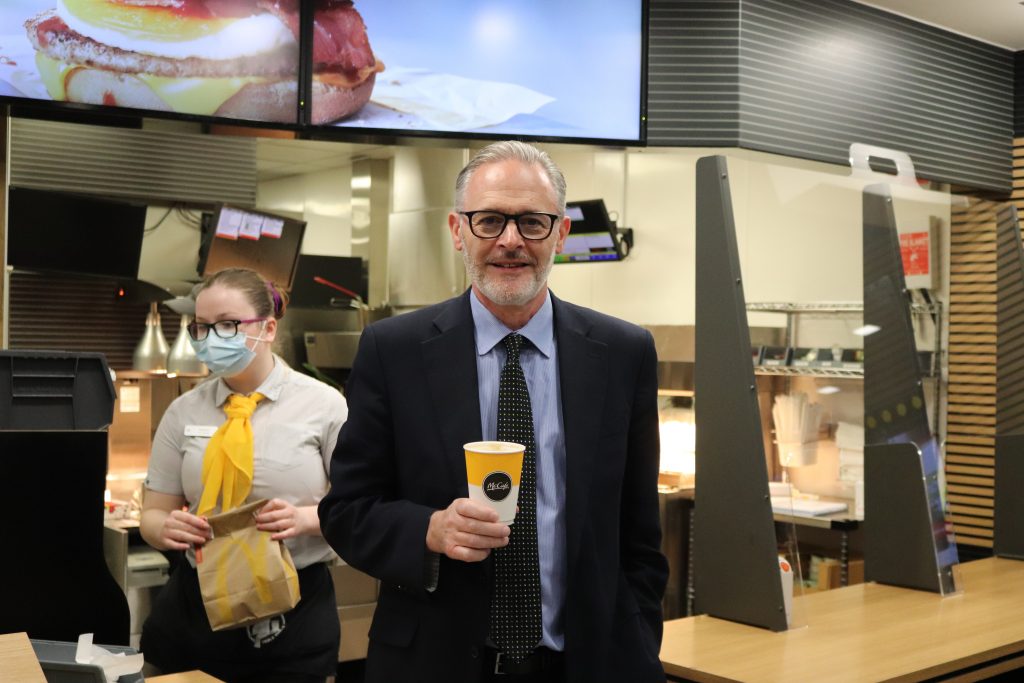 Being a forward-thinking company, McDonald’s was well-placed to ride out the worst of the pandemic, having introduced home delivery a couple of years earlier, as well as self-service order kiosks that helped reduce contact time when restaurants reopened with social distancing.

It’s this constant diversifying and developing approach that Ken cites as one of the reasons for the success of the company.

“Take McPlant, for instance, that has been created and developed in response to public need,” he said. “By offering a vegan alternative in what is traditionally a burger restaurant, we make it an option for families where some members want traditional McDonald’s and others don’t eat meat products. We’re not first with this, we won’t be, because we have to make sure we come up with a product that works, but we do innovate when there is a demand.

“If you’d asked me would we ever get to vegan burgers when I joined the company over 35 years ago, I’d probably have said no. But McDonald’s doesn’t stand still and is very good at knowing what the customer wants. With the coffee, for instance, it was a conscious decision to improve our coffee and now, within its price bracket, it’s a market leader.

“When I look forward to the next ten years, I’m very excited not only about how McDonald’s itself will grow and develop, but how my own restaurants will evolve. In terms of the franchise, I’d like to reach and surpass 1,000 employees and through that, extend our involvement in the community even further. I feel we already make a positive contribution to life in Milton Keynes, and long may that continue.” 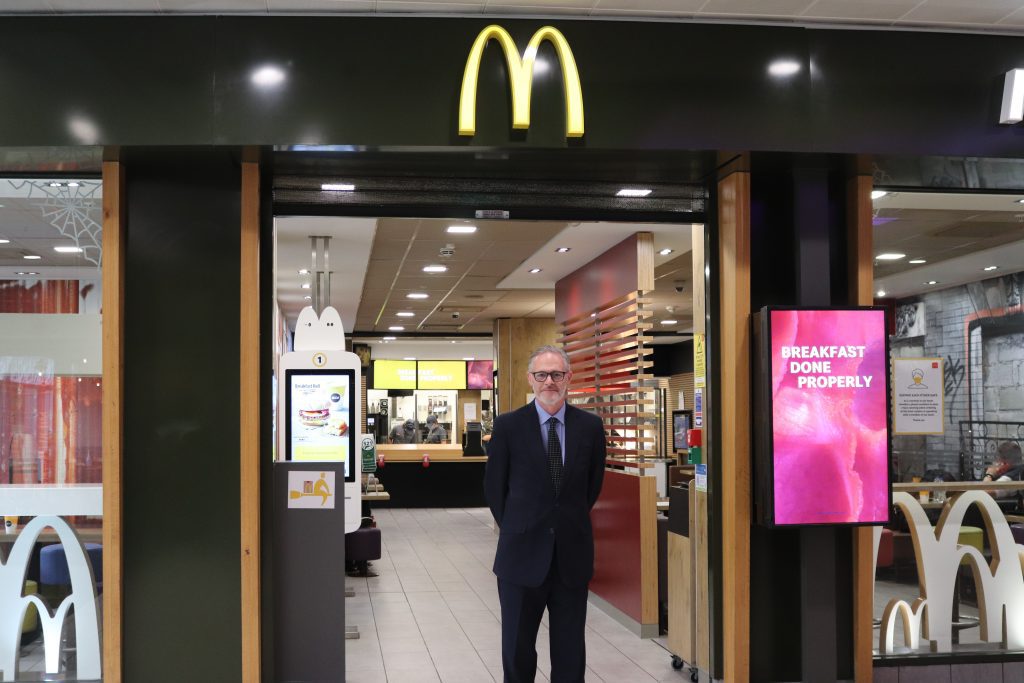 Ken’s restaurants, jointly, sponsor Woburn and Wavendon FC and have done for some time, with Ken and his colleagues often turning up to watch, supporting the players, from the age of six, and watching them grow and develop.

“Then there’s the litter picks,” said Ken, “including the annual 24-hour litter pick event that we do every year, and which I did on my own last year because the pandemic prevented us doing it as a group like we normally do.

“McDonald’s really is a great company to be involved in and offers fantastic career prospects for young people starting work, particularly for graduates on the management training programme. But even for 16-year-olds straight out of school or students at college or university, it’s a great training ground. We see young people coming in who are unsure of themselves and don’t know how to speak to customers, learning new skills very quickly and gaining confidence and the kind of skills they need for the world of work.”