Family law expert at Howes Percival, Alishia Marrocco advises that she is often contacted by clients who have reached financial agreement with their spouse following the breakdown of their marriage. These clients want to keep matters amicable and many question the need for recording the agreement if the parties are on friendly terms. Here, Alishia advises of the need for matters to be formerly recorded to protect both parties and avoid disagreement and potential litigation down the line:

By virtue of the fact that a couple are married they have financial claims against one another for capital, income, pensions and a claim against the estate should one party pass away. These claims need to be addressed and/or dismissed and it is, therefore, imperative to have any financial arrangements formerly recorded in either a consent order or separation agreement.

Both documents can be drafted following the parties’ direct agreement, whether negotiated in person or with the aid of a mediator or solicitor. However, agreements should be reached following full financial disclosure to enable a legal professional to provide robust advice on the merits of any settlement. 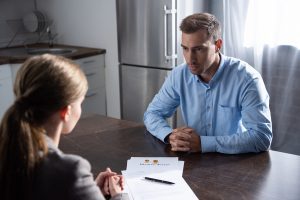 Which document is right for you?

Consent Order: A consent order is the document which is produced to the court after decree nisi is pronounced within any divorce proceedings and sets out the terms of the parties’ financial agreement in a binding order. This document is filed at court with a snapshot of the couple’s current financial circumstances for consideration by a judge. Once the order has been approved by a judge, the terms within the same become enforceable. The consent order, therefore, provides separating couples with financial protection and enforceable documentation should one party try to renege on the terms previously agreed.

A consent order is required in cases where there is pension sharing within the agreement reached between the parties. The court-approved paperwork will need to be served on the pension trustees in order for the implementation process to begin.

Separation Agreement: A separation agreement is similar to a consent order and includes terms of the financial arrangements reached between the parties. However, these documents are entered into when the parties are not yet ready to dissolve their marriage. The most common reason for a separation agreement is where a couple wish to wait until they have been separated two years before filing for divorce to avoid any blame falling on one party.

The main difference with a separation agreement is that it is not approved by a judge and the terms cannot be enforced in the same way if one party breaches the agreement or reneges on the terms. The financial claims remain open and in force until they are formally dismissed by way of a consent order.

Sometimes, however, this exercise can cause one party to want to look into the arrangements once again, especially if there has been a significant change in circumstances since the agreement was entered into.  The separation agreement would not automatically be upheld by the court in subsequent financial proceedings in the same way as a consent order would be.

Recording your financial agreements following separation is imperative. If parties wish to agree financial matters prior to a divorce petition being issued, then a separation agreement provides a good interim position. However, in the event the marriage has irretrievably broken down and there is no prospect of reconciliation, a consent order is the most sensible option to finalise the financial claims couples have against one another within their divorce proceedings and dismiss any future claims. 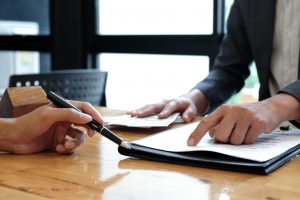 The introduction of no-fault divorce is due to come into effect in April 2022. This will allow parties to divorce without one party blaming the other or waiting until they have been separated two years before starting the process. Parties will be able to divorce solely on the basis that the marriage has broken down. This will mean that those couples recording financial agreement in a separation agreement simply because they are waiting to issue proceedings for two years will no longer be necessary. Once proceedings are issued, these parties would be best placed entering into a consent order to record financial agreement

Howes Percival’s specialist family solicitors are experts in relation to all aspects of relationship and family matters and can assist with a wide range of issues faced by families on an everyday basis. Howes Percival’s family lawyers are members of Resolution and are committed to a constructive, sensitive and non-confrontational approach to resolving of family disputes. Clients praise the team for their professionalism, pragmatic advice and personal approach.

To discuss how to record financial agreements reached within the divorce process, or any other family matter, contact Alishia Marrocco on 01604 258032 or at alishia.marrocco@howespercival.com