Northampton Town Football Club are delighted to confirm that, following a fully independent process, the club have reached agreement in principle with West Northamptonshire Council for the development land next to Sixfields Stadium which will enable the East Stand to be completed.

Included in the agreement between the club and the Council is an option for the club to purchase the freehold land alongside the stadium site for an agreed amount based on the independent valuation, however this option can only be exercised upon the completion of the East Stand with the funds for this being provided by the club’s owners.

This option does not include the existing stadium site and this will remain leasehold to the council at the request of the club.

The club respect that West Northamptonshire Council will now follow due process and the agreement will follow the process and go before the Council’s Cabinet for ratification on December 7.

“We are very pleased to have reached an agreement in principle with West Northamptonshire Council. We welcomed the news back in April that the council was to instruct an independent report and following this process we have accepted those recommendations.

“With the past problems we fully understood that the Council needed to follow such a lengthy, thorough, robust and independent process. This was very important so that this agreement would stand up to scrutiny and allow the club to move forward on the East Stand. No funds are required by the Council and we have agreed to buy the land at an independently valued price. 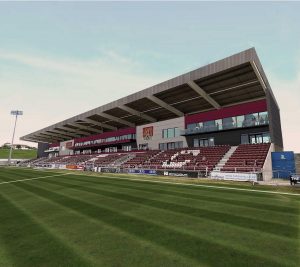 “We thank the council for all the hard work and efforts to get to this point. This is a very exciting time for the club on and off the pitch and we look forward to the agreed deal passing through the final stages of the Council process smoothly.”