The multi-million-pound Digital Academy at Northampton College is set to give students the chance to showcase their skills in one of the region’s first dedicated Esports Arenas.

With competitive gaming one the UK’s fastest growing industries, and potentially lucrative deals awaiting elite players, digital savvy students can make the most of the state-of-the-art facility to get themselves ahead of the game.

“Our Digital Academy is far more than classrooms and computer screens – it is a place where the future will be created before our very eyes.

“We live in a world where the rapid development of technology allows us to be smarter, more connected and more ambitious than ever before, and our new Digital Academy is fully equipped to train the next generation of digital experts.

“Our courses and apprenticeships allow individuals to explore digital careers and progress through a pathway of qualifications leading to higher education, apprenticeships and employment. By working closely with industry professionals to develop each of our programmes, these courses will lead to real-life job opportunities for our students.” 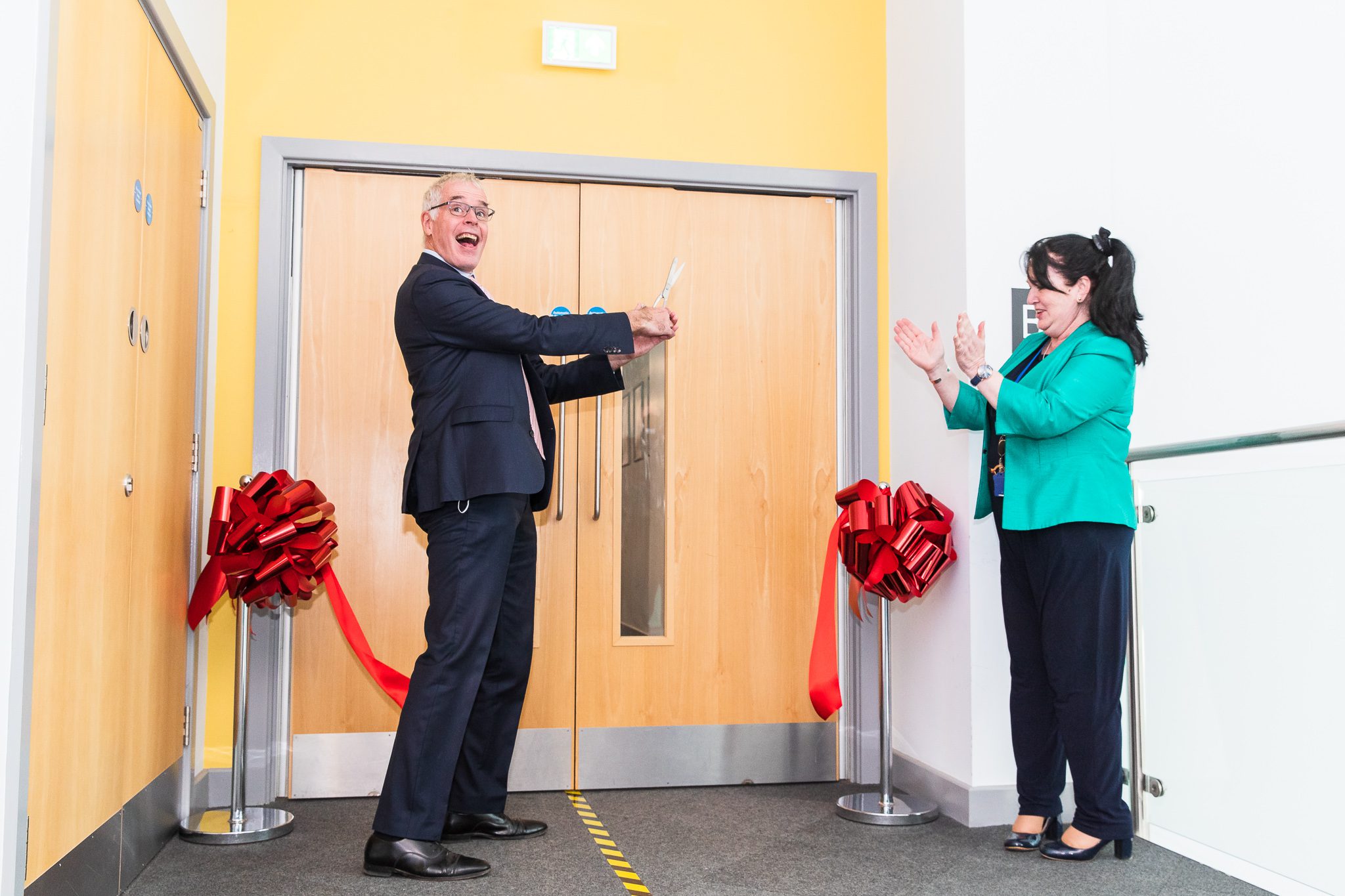 Flagship programmes to be run in the Digital Academy include Esports and Augmented Reality/Virtual Reality, alongside the college’s already-popular Games Design courses. The fully equipped Esports Arena will allow students to take part in competitive gaming against other colleges.

“Gaming is no longer a hobby – it’s a genuine career choice with potentially significant rewards, and Northampton College students will be at the forefront of this industry.

“They have access to a state-of-the-art environment which  perfectly prepares them for 21st Century working life, sparking their imaginations to produce a generation of digital pioneers that will shape our futures.”

The Digital Academy was officially opened by Chair of SEMLEP, Peter Horrocks CBE, who said:

“We know from talking to businesses that there is a real lack of digital skills out there so when the college came to us with their proposal, we moved quickly to make the funding available and start building and equipping this incredible facility.

“It really is very impressive, and students have all the facilities they need to make their mark in a sector that is now worth more than the Hollywood film industry and offers a wide range of potential careers.”

Guests were also able to see a demonstration from the team behind the network of Starship delivery robots currently taking Northampton by storm and enjoyed a performance from college music students before watching games design students take part in an online ‘Valorant’ tournament in the Esports Arena complete with live ‘shoutcasting’ and production in the purpose-built control room.

For more information on the Digital Academy visit Northampton College.