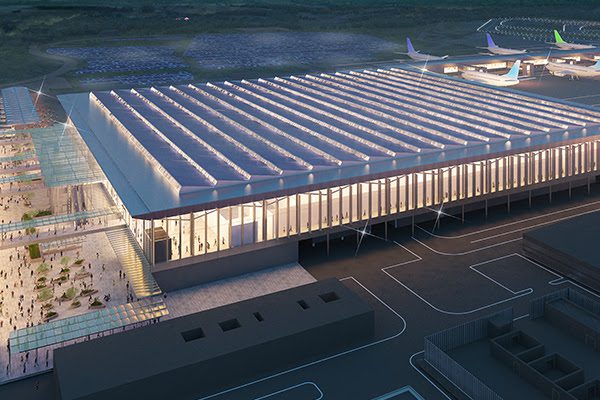 On Tuesday 8 February, Luton Rising, the owners of London Luton Airport, will open a new statutory consultation on its long-term proposals to expand the airport, running until 4 April.

The proposal is to increase the capacity of the airport to 32 million passengers per year, by building a new terminal and making the best use of the existing runway.

“Our proposals will reflect the sustainability values, both of Luton Rising, and our sole shareholder, Luton Council.

“We want to maximise the social and economic benefits of growth and we firmly believe there is a way to grow an airport in a sustainably responsible way. We set out details on how we propose to achieve that in our consultation.

“Sustainability is about more than environmental issues – it’s social and economic impacts too. Our airport is a vital part of the economic ecosystem of the region and beyond, directly and indirectly supporting tens of thousands of jobs.

“The proposed expansion will generate thousands more jobs and more than a 1 billion increase in economic activity in Luton and the neighbouring counties.

“We want more local people to be able to access these jobs, so our proposals also include an extensive Draft Employment and Training Strategy to make that possible.

“These organisations help make life-transforming changes for people, and our proposals include the new Community First fund, which will allow for much greater support for community projects in Luton and the neighbouring counties impacted by airport operations.”

“These proposals will differ in significant ways from those presented at the previous statutory consultation in 2019.

“For example, our new Green Controlled Growth framework is at the heart of our sustainability measures, which we believe are some of the most far-reaching ever put forward by a UK airport. It places robust limits on key environmental impacts and will not rely on our good faith to keep to them. They will be legally binding and independently monitored.

“The views expressed at the 2019 consultation were an important influence on these changes. This is the chance to have your say on our new plans and help us to improve them further.”

Members of the public will be able to see the proposals and ask questions at 13 in-person consultations. There is also a key enhancement to engaging with this statutory consultation: a virtual room, re-creating the inperson experience online, available 24/7 throughout the period.

The detailed proposals, consultation materials and the virtual consultation room will go live on the website lutonrising.org.uk early on the morning of Tuesday 8 February.

A list of the ‘in person’ consultation events has been published on the website in advance of the consultation commencing to give people more time to plan their attendance.