Howes Percival’s commercial property experts look at what developers and end-users need to consider when entering into lease transactions of new-build properties and how, ultimately, a collaborative approach will ensure everyone’s goals are achieved:

Despite being on seemingly opposite sides of the fence, the developer’s and ultimate end-user’s (tenant’s) interest in the completed building on many levels is closely aligned. The developer wants to see a decent return on its investment with a good covenant strength tenant that has a building that is well built and has the means to deal with any issues that come up in the construction, with as little recourse to the developer as possible. The tenant wants a functioning, well-built, modern, energy efficient building that works for their ultimate business needs with the ability to deal with issues that crop up. As a result, open conversations with all parties working in collaboration will undoubtedly provide better results for all parties.

Early engagement on the programme of works

Whilst it is not always possible, especially on speculative developments, early engagement between the developer, tenant and even the contractor can save energy, time and ultimately costs for all parties. For example, the developer will not want to waste time and costs on elements of the build that are not important for the tenant. Why keep something in the original specification that the tenant is going to immediately strip it out as part of their fit-out? This won’t always be the case. The developer may prefer the build to remain as originally designed with the tenant being obliged to reinstate anything they strip out when they exit the property. However, it is a conversation worth having up front. Additionally, the contractor might be able to secure additional work from the tenant by taking on their fit-out, which is surely more time and cost effective than the tenant bringing in another contractor with no prior involvement in the build. Finally, the tenant can potentially save costs by getting some fit-out elements included earlier in the developer’s works programme (for example, cabling is far easier to install whilst the car park is not tarmacked!). 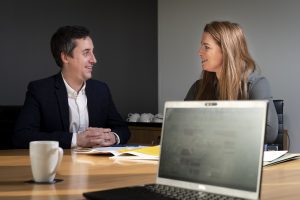 The agreement for lease

As well as the dealing with the mechanics of completion of the lease, the agreement for lease typically sets out the landlord’s obligations for the works (i.e. building the property), the tenant’s rights to monitor the build and attend (and make representations at) any practical completion inspection, and ongoing obligations on the developer to rectify (or ensure that its contractor rectifies) any snagging issues that arise during, usually, a 12-month rectification period.

Early points to consider and discuss include whether the tenant needs the option to go into the property to commence its fit-out before the build and lease has completed. This can be necessary for many reasons, including the tenant’s fit-out being more efficiently and cost-effectively carried out whilst the build is still in progress. Another reason may be that the tenant needs the ability to make up time if the timetable for the works slips. This is becoming a common theme with developments thanks to the recent increases in costs and supply issues of construction materials and labour. Being able to overlap its fit-out with completion of the developer’s works can help the tenant claw back time slippage. Of course, this won’t always be possible depending on the nature of the developer’s works and the tenant’s fit-out. Ultimately, the developer can’t have the tenant coming in and doing anything that would materially obstruct or delay their own works. However, it’s another conversation worth having up front, to avoid a scenario further down the line where the developer and tenant are arguing about timings and potentially having to deal with (and pay for) a variation to the agreement for lease to allow the tenant to commence its fit-out early.

When it comes to the document that governs the tenant’s actual occupation of the property, the lease, a sensible collaborative approach with the developer (and between lawyers) is required.  The tenant needs to appreciate that new developments tend to be prime investment targets for institutional investors such as pension funds, who will need the lease to be of a certain standard. However, the developer also needs to appreciate that the lease is the document that governs the tenant’s occupation of the property for the next 10, 15 or 20 years, so there needs to be balance in the document (and also a balance to the lawyers negotiating it!). 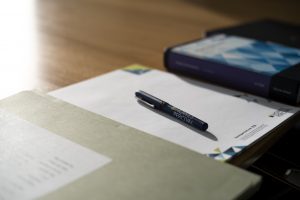 The provision of a robust and complete construction package of appointments and warranties is important for both parties. Ultimately, post completion of the construction, the tenant will be responsible for the repair and maintenance of the building under the terms of the lease. However, if there are issues with the construction beyond the initial rectification period, it is only fair and reasonable that they have a direct route to the contractor or relevant sub-contractor, rather than having to go through the developer. Equally, the developer does not want to be on the hook for any defects that arise after the rectification period and, from an administrative perspective, it’s far easier for the developer if they can, in theory, step back and let the tenant deal with any issues with the building.