There are still a few barriers to be broken down in the construction industry, but Rianne Scott isn’t too worried. She knows her stuff – running a nationwide asbestos solutions company with a turnover of £6m means she needs to.

Oracle Asbestos was founded in 2008 by Rianne and her husband, Jess Scott. Despite having a three-month-old baby at the time, the couple set about establishing themselves, building their business up to what it is today, based on integrity and morals, and employing 45 people and with offices across the UK, including in London and its headquarters in Kettering.

Providing commercial asbestos surveys, removal and disposal, training, management and contaminated land remediation services to businesses, including their own waste disposal station, Oracle has built a team of highly trained professionals to deal with the potentially deadly substance and advise others on what they need to know.

Surveys, inspections and testing allow the effective management of asbestos, and Oracle will safely remove any asbestos found, working with the client to do so on time and on budget.

Awareness of the dangers of asbestos has increased in recent years, but Rianne feels there’s still a long way to go in achieving a better understanding.

“I hear all the time the preconceived ideas, things like only the blue asbestos is dangerous, or that most buildings have now have all the asbestos removed, but that’s really not the case,”

“We can deal with asbestos, but we also run training courses, either in person or online, relevant to an organisation’s needs.” 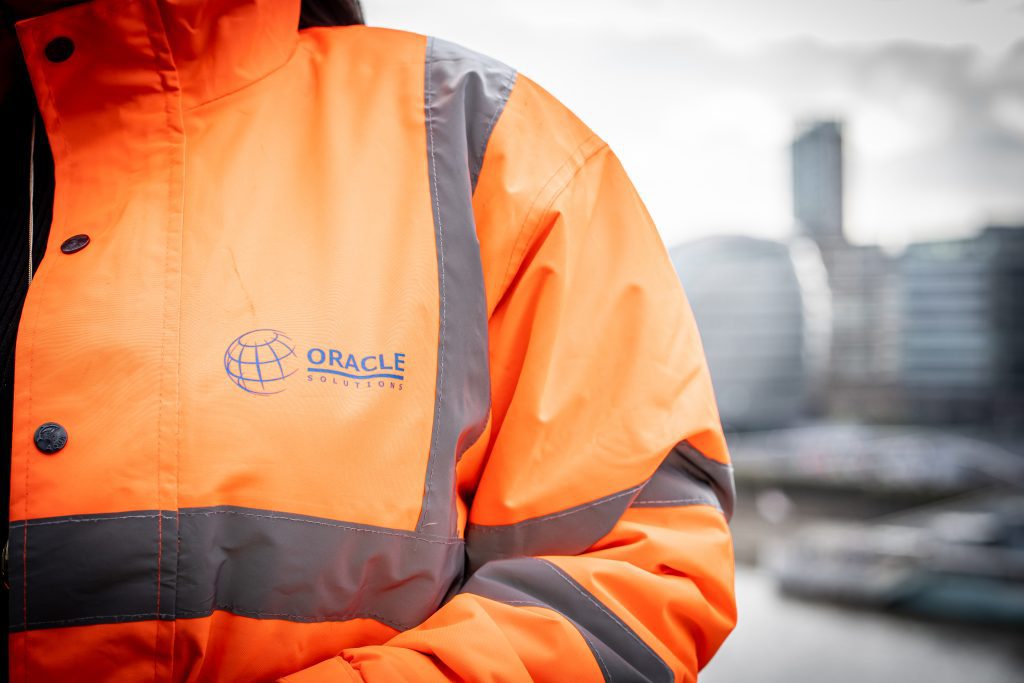 A lot of information can be found on the Oracle Asbestos website, but Rianne has found that face-to-face meetings and networking is one of the most effective means of getting the message out to a wider audience.

“I’ve always been keen on networking groups because it gives me the chance to explain about exactly what we do,” said Rianne. “By 2018, with our client base was growing across the UK, the company was in a position where I could spend time out of the office meeting people and networking. That was so successful that by 2021 we took offices in London.

“We didn’t just want a London address, we needed a proper base, somewhere we could meet clients, run asbestos awareness training courses and become a part of the London business scene. London is home to a lot of head offices with branches across the UK and that generates work in many different areas.

“Meeting people face-to-face is not only a chance to introduce Oracle, but I also learned the hard way that I needed to introduce myself in plain terms, too. Although the construction industry is changing, with younger people coming in with new ideas, it’s still quite traditional and you still find you sometimes have the old guard still have to deal with. When I began networking, I found I would spend a good deal of time talking to people about asbestos, the risks, what our company could do, and then they’d smile at me and tell me to get my boss to give them a call.

“Now I always make clear, at networking or at the start of business meetings, that it is my company. Based on what information they give me, I can give them a price, I can give them a timescale – usually off the top of my head – because I’ve been doing it for such a long time and I love what I do.

“To be fair, things are definitely changing, but you still find people who think if you’re a woman you’re probably sales or business development, or just the boss’s wife, and they need to speak to a man to get down to the real detail. But we’re running a business with a £6m turnover and I need to know my stuff.”

Rianne has recently been accepted into the Worshipful Company of Constructors, one of the City of London Liveries. There, she met two female past Masters and they challenged her to follow in their footsteps. The Masters positioned are already decided for the next 13 years, so Rianne has a goal.

“I want to be on that list ready for 13 years from now because I want to be a Master of the Worshipful Company of Constructors. I’m not really interested in making a big deal of women making their mark because it’s all a bit old hat now, and I don’t think there should be positive discrimination or anything, but there is a saying that if you can see it, you can be it and that’s what I want.

“More women are entering the construction sector and if seeing females in these positions becomes more common, the next generation of men and women will see it as something normal, not something women have to fight for.”