With traditional manufacturing at its heart, specialist English-made shoe firm Crockett & Jones has seen its production processes gently evolve over the decades, but much of the Northampton factory remains just as it was when it was first built. 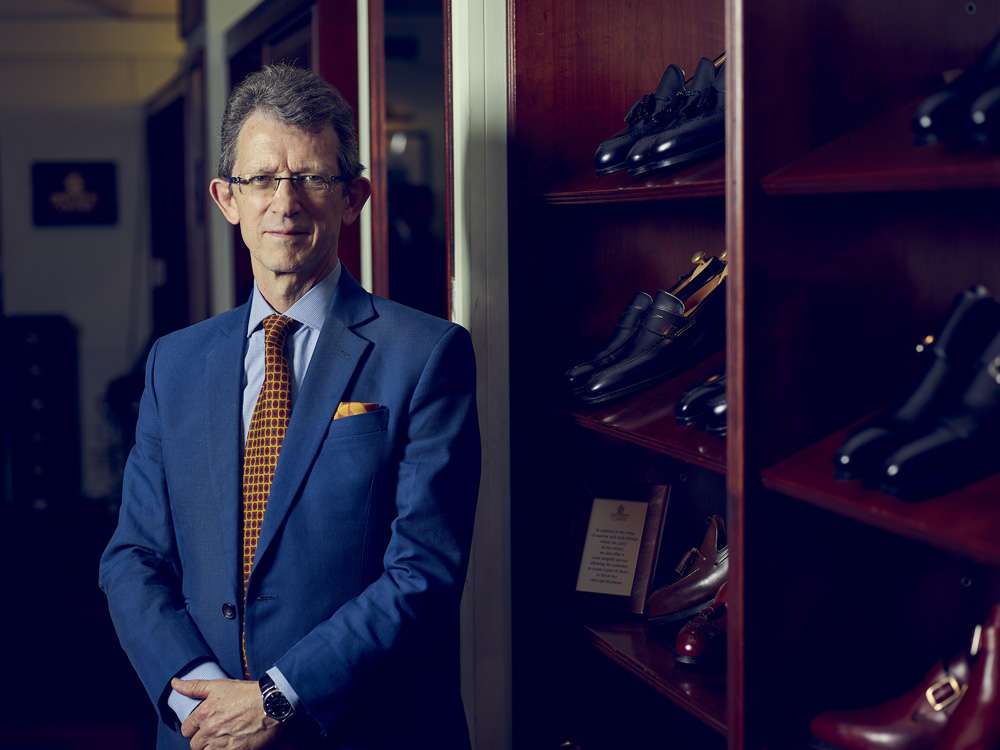 The centuries-old method, spanning several production departments, each necessitating a multitude of different skills and experiences to ensure the shoes are completed to exacting standards, gives the shoes an exceptional degree of strength, durability and comfort. Many of the operations, relying on excellent hand-eye co-ordination, take years to learn and a lifetime to master.

Simplified, the making of a Crockett & Jones shoe begins with pattern cutting – a painstaking process starting in the design department and moving on to a prototype sample that is adjusted and fitted until a final sample pair is produced that ensures the pattern fits correctly before full production begins.

Other traditional skills include clicking, where the uppers and linings are cut; and closing, which includes punching the holes for brogue-style shoes, hand stitching and machine stitching. Then the insoles and soles are cut using large heavy presses and the heels are hand built before going into the lasting process, where the shoe begins to take shape. The welt (a strip of leather) is stitched to the rib on the insoles and the soles stitched to the welt.

After the soles have been attached to the uppers, the shoes undergo rough rounding and edge trimming which rounds the soles to the shape of the last. The finishing department then stains the edge, after which hot wax is applied to provide a waterproof seal and a good shine.

Finally, the uppers are hand polished to create the rich depth of colour in the leather before the lasts are removed and the leather soles are stamped with the Crockett & Jones brand. At that point they are ready for passing, lacing and boxing in preparation for sale. 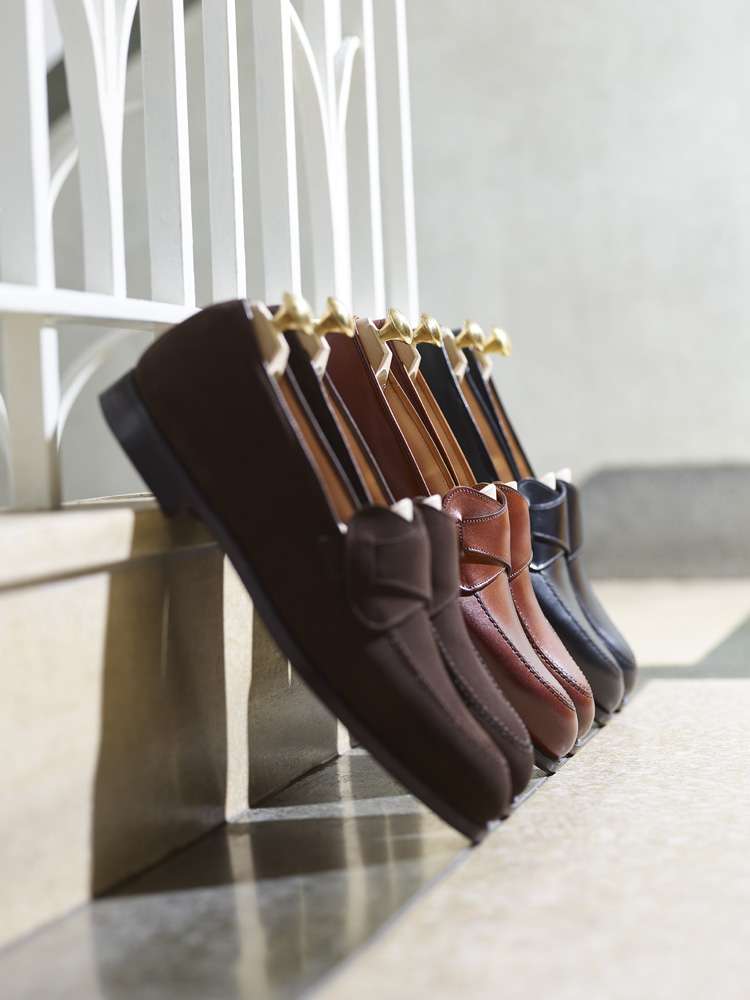 “Our single goal is offering good-value, high-quality English-made shoes. We don’t have huge marketing budgets and the margins on our products are reasonable. Instead, we focus on product quality, product development and sourcing the highest quality materials. Our Production Director, my brother Nick, spends all of his time on the factory floor, overcoming production issues and managing factory staff, often at a personal level. Crockett & Jones is a manufacturer with product quality and skill at the heart of everything it sets out to achieve.”

Founded in Northampton in 1879 by Sir James Crockett and Charles Jones, the company has seen five generations of the Jones family come through the business. Fourth generation family members Jonathan and Nick are Managing Director and Production Director respectively, while Jonathan’s daughter, Philippa, his son William, and Nick’s son Oliver have all joined the business in key roles.

The family theme continues within the workforce, where over the decades, members of the same families have worked for Crockett & Jones.

The company has been in its current building in Perry Street since 1891. In 1910 a five-storey wing was added to the factory, the first all-steel structured building in Northampton, and one which boasted a huge proportion of glass to give superb natural lighting for production – an attribute which still benefits the workforce.

Crockett & Jones is also a successful retail business, with flagship stores in London, Paris, New York, Birmingham and Brussels, which is now complemented by a newly launched e-commerce department servicing customers from all of the world, who are unable to return to a physical store. Indeed, London now boasts six Crockett & Jones retail shops, showcasing the largest collection of Crockett & Jones shoes in the world. Having retail shops on the most revered streets across the world has given Crockett & Jones a platform from which to perform, including providing shoes for James Bond for the Skyfall, Spectre and the most recent No Time to Die films. 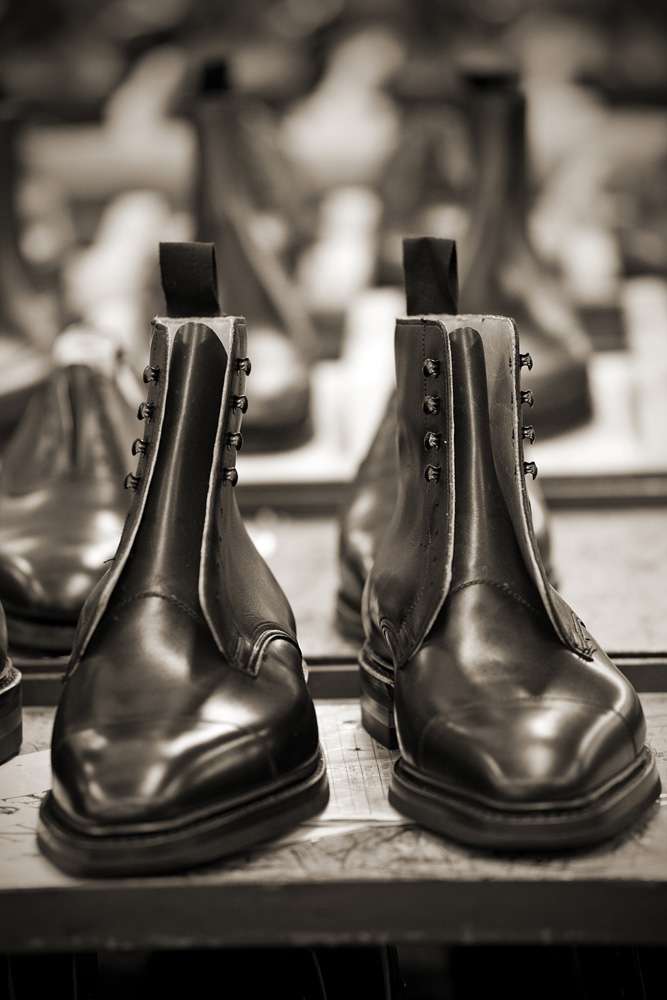 “It is very important to us all that Crockett & Jones remains under the watchful eye and in the experienced hands of the founding family.

“All of the people close to Crockett & Jones are aware of the very active family aspect to our business. The heritage, the knowledge and the respect that comes from remaining independent, is as important to them as it is to the family members themselves. We are a dying breed. There are not many companies manufacturing a menswear product in the UK today that have over 143 years of family management under their belts… or shoes!”

Find out more about Crockett & Jones by clicking here.