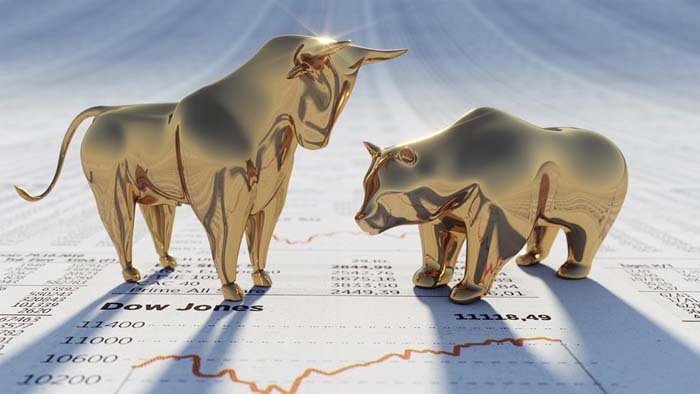 After starting the year on an optimistic note on trade, central bank stimulus, and improving economic fundamentals, no one could have predicted where the economy would be at this point in the year. As financial markets began to recover from US-China trade turmoil and Brexit brinkmanship, equity markets reached all-time highs in February as the longest bull market in history raged on, aided by dovish monetary policy and investor optimism after a period of restrained growth.

As the coronavirus outbreak took hold during the first quarter of the year, investor optimism proved to be short-lived, as the rapid spread of Covid-19 across the globe in the first week of March led to a rapid deterioration in global economic conditions, triggering a sharp selloff in financial markets over the month.

While the initial outbreak was predominantly confined to China, the spread of the coronavirus in countries across the rest of the world escalated quickly over the first quarter of the year. As the number of cases in key economies rose, governments adopted draconian lockdown measures to try to curb the spread of the virus, resulting in significant disruption to the global economy and derailing any signs of recovery in economic fundamentals seen earlier in the year. Following a sharp escalation in active cases across the world in early March, markets declined over the month, before finding a bottom on 23rd March. At this point, the S&P 500 and FTSE 100 were down 34% and 35% respectively from February’s highs.

The pace and magnitude of the selloff fuelled concerns over structural dislocations in the market, however investor fears were calmed when central banks across the globe stepped in with unprecedented levels of stimulus in an attempt to support markets throughout the pandemic and the resulting period of extreme economic weakness, preventing further decline and stress on the financial system.

Three months on, economic data on a global scale continues to deteriorate as the impact of the coronavirus-induced lockdowns becomes clear, however markets now appear to be looking past the sharply deteriorating near term economic data to focus on expectations for a recovery. In recent weeks, we have been encouraged by further signs of stabilisation in the number of active Covid-19 cases in key economies and a falling transmission rate across the globe. After weeks of activity-constraining lockdown measures, many countries are taking steps to reopen their economies, fuelling optimism over a gradual pickup in activity in the coming months. At the same time, governments and central banks have reaffirmed their commitments to supporting markets.

As a result, most economists are now expecting to see a recovery in activity over the second half of the year, followed by strong growth in 2021. Expectations are that economic growth in 2021 will be bolstered by low international interest rates alongside continued support from central banks and governments as the global economy returns to the new normal, creating a strong backdrop for risk assets in the medium to long term. It is now evident that although markets are expecting a recession and volatility in the short term as we move into the new market cycle, they are pricing in a recovery in the medium term as the major risks abate. On this basis, we are becoming increasingly bullish on equities.

On reflection, conditions during the first half of the year have been extremely challenging for investors, however moving forward we are encouraged by positive news flow on the return of economic activity in key economies, alongside an improving health situation as the virus comes under control. Of course, there is the risk of a second wave, however we are encouraged by efforts within China to quickly stamp out a second cluster of infections, and the use of track and trace systems in countries across the world to maintain control over the virus. At OCM, our investors have benefitted from the implementation of a capital preservation strategy during the first week of March, before returning to markets in the first week of April, allowing us to reduce exposure to market volatility and excessive decline over the period. Against this backdrop, and with the previous market cycle finally coming to an end, looking ahead to the second half of the year and beyond, we are optimistic on the outlook and subsequently returns for our clients moving forward.