A team of four from Hawsons Chartered Accountants took part in a charity abseil in July.

Facing a 418 foot drop down the Northampton Lift Tower, James Robinson, Emily Ball, Rhiannon Mistry and Rose Dawson chose to fundraise for a cause close to their hearts – The Oncology Department at Northampton General Hospital. 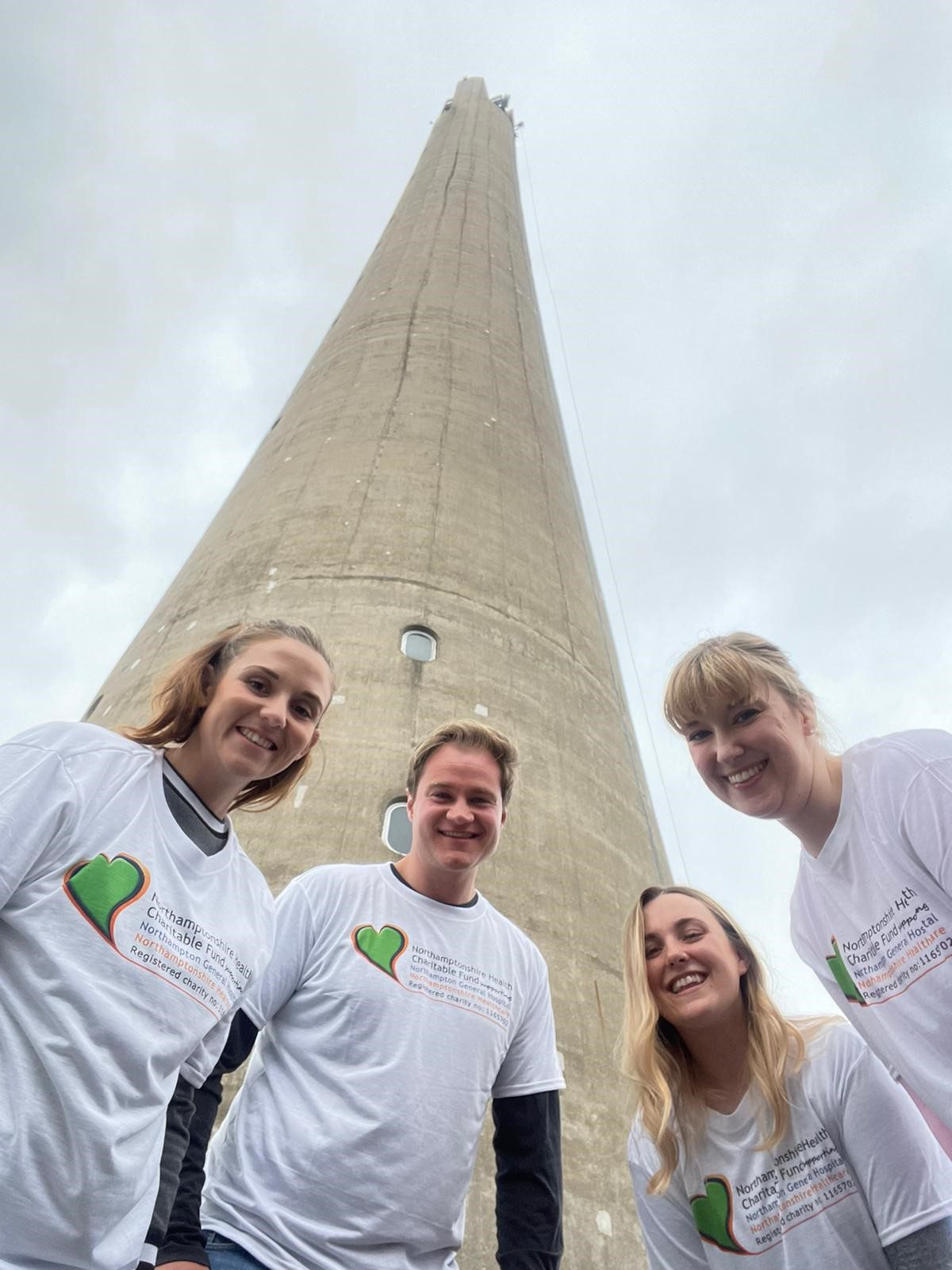 Altogether the team raised over £1,800, more than double their initial target.

“The abseil itself was incredible, and I’m so proud of how much money we’ve raised for such a great cause!

“We teamed up with the Northamptonshire Health Charitable Fund (NHCF) who made it possible to get involved with this event. A group from the NHCF were there on the day supporting each abseiler, rewarding them with a gift bag once they’d made it down the lift tower.

“Their ongoing support with social media, the fundraising itself and the event was brilliant. We look forward to getting involved with their upcoming events, including the Charity Skydive in September at Hinton Airport and supporting the firm’s ongoing commitment to local charitable causes.”

The teams’ families came along to spur them on, on what was a memorable day.

“It was great, I was a bit nervous going over the top but once we were over it was amazing on the way down.”

Rhiannon and James agreed it was like a workout, holding onto the rope and the position you go down in, they were still paying for it a few days later!

“The views were great, I’m glad I didn’t close my eyes!”

The abseilers agreed the sense of accomplishment after was immense. Not only did they reach their goal raising money for the charity, but to do something you don’t get the chance to do every day was fantastic in itself.