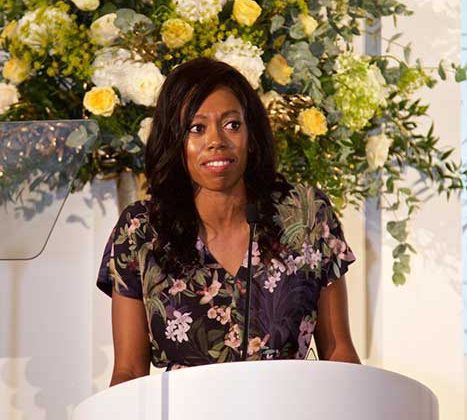 Celebrity spotting in Hello! magazine is one thing, but Lorraine Lewis got a taste of the real-life version when she was presented with the publication’s Hello to Kindness Award for her charity work.

Lorraine is CEO of The Lewis Foundation, based in Northampton, which delivers just over 2,500 free gifts a month to adults going through cancer treatment in hospitals across the Midlands.

She was shortlisted after being nominated for the award by her husband, Lee, and then named winner of the Hello to Kindness category when the results of a public vote were announced at the magazine’s Inspiration Awards ceremony at the Corinthia Hotel in London.

Lorraine, who juggles her voluntary work with her full-time job as a lawyer, said: “It was an amazing experience, we were treated like celebrities ourselves. The finalists stayed in a hotel the night before and had our hair and make-up done professionally before the ceremony. I thought we’d be tucked away at the back but we were right in the middle of it all, mingling with people like Eammon Holmes, Liz Hurley and David Furnish, and the Duchess of York presented the prizes.

“I’m very proud to have won and more importantly it has meant we’ve been able to raise awareness of the work we do. All the guests at the awards were so genuinely interested in finding out more about the charity.”

The Lewis Foundation sources, packages and hand delivers support packs to patients in hospital, usually items they might have difficulty buying for themselves or simply can’t afford. The packs include items such as toiletries, puzzle books, underwear or stationery. New and unopened items can be donated, or chosen from a gift list on The Lewis Foundation website. Alternatively, a donation of £3.60 can provide a gift pack to a person in hospital. 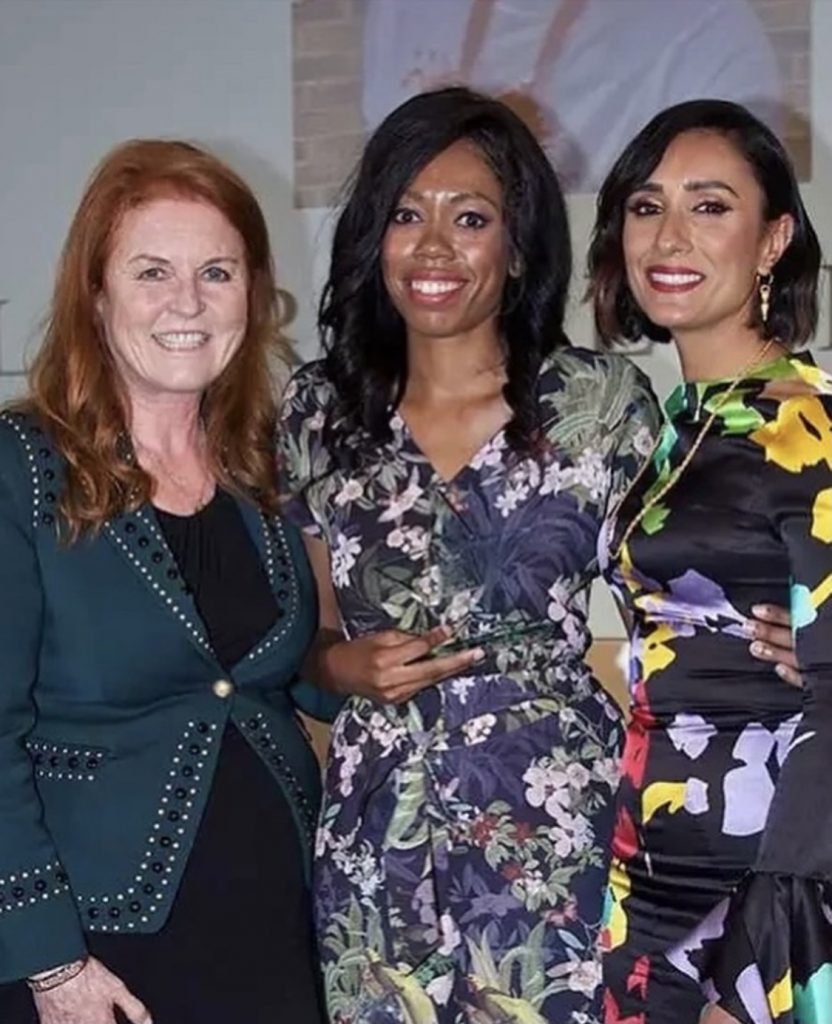 “It’s been so tough over the past couple of years, but we’ve had fantastic support to keep us going. Everything became more complicated during the pandemic because we had think carefully about how we could receive items and then isolate gifts for 72 hours before passing them on, and, of course, we couldn’t just go into hospitals to deliver them. But it was heartbreaking to think of people going through cancer treatment in hospital at a time when they couldn’t have their families around them, so it was vital that we kept going to at least give them a little bit of happiness in what was an awful time.”

After presenting Lorraine with her award, Sarah, Duchess of York, said: “The Lewis Foundation is exceptional. It’s a classic example of the Inspirational Awards because it’s based in the Midlands and this lady is a lawyer yet still manages to go and look after cancer patients at all hours of the night.”

The Lewis Foundation is currently looking for business and corporate partners to sponsor and support its work.

To find out more about The Lewis Foundation, or to donate, visit www.thelewisfoundation.co.uk