He was part of a moment of glory that created special memories for millions of sports fans, but Steve Thompson’s aim now is to make sure that the rugby players of the future don’t face the agony he’s going through.

Steve was a member of England’s 2003 Rugby World Cup winning team and was once England rugby’s most capped hooker. But the punishment he took from endless hard-hitting tackles during his career in domestic and international rugby has left him coping with dementia and brain injury at the age of just 43.

Now, he’s written a book, Unforgettable, that tells the story of his playing career, how his family and friends began to notice his steady decline, and about his fight, alongside more than 400 other former professional rugby players, to take legal action against the sport’s governing bodies for allegedly failing to protect them from the risks caused by concussions. He also speaks candidly about how his illness left him feeling suicidal and the work he’s doing now as a mental health ambassador.

“The early signs were things like my mates telling me I’d told them stories before, that I was repeating myself, or I’d find myself unable to remember the names of my wife and children,”

“Then I got a call from another former player, Alix Popham, who explained what he was going through and he was describing exactly how I felt. I mentioned it to my wife, Steph, and she said she thought I should get tested.

“I was defensive at first, but when I got the diagnosis I broke down, partly because I was relieved that I knew what it was. And when you look at what rugby players are put through, you see that it’s hardly surprising.

“I had countless sub-concussions during my playing days. Not necessarily big concussions, when you’re out cold, but just blows to the head that you shake off, no one thinks much of it and you just get up and play on.”

The sport has already introduced some changes but Steve wants this to go even further, including fewer tackles in training and keeping those who have suspected concussions off the pitch for even longer.

Steve began playing rugby at the age of 15 at Northampton School for Boys, played for Northampton Saints for ten seasons and was selected for the England squad in 2001, scoring his maiden test try against Italy in the 2003 Six Nations. Later that year he was a member of the legendary 2003 Rugby World Cup winning team.

He was forced to retire from rugby in December 2011 after suffering a recurrence of serious neck injury that left him needing surgery – an early sign of the damage that had been done.

He now admits that if he had his time again he wouldn’t play rugby, and although he encourages his children to take part in sport, he doesn’t want them to play the game
he loved.

“I have days when I can’t remember the names of my children, my memories of the days they were born are gradually fading,”

“My longer term memory is better – I’ve found I’m developing a love of Seventies and Eighties music – but I watch that 2003 final like it happened without me, I have no recollection of the match, I can’t even remember being in Australia for the tournament.

“It admit that my dementia has made me feel suicidal at times. I used to think people who commit suicide were weak and then suddenly that was me, because I felt I was letting people down and they would be better off without me.

“Steph has been fantastic. I can’t cope with going out much, it tires me out and she does everything for the family. I spend a short time with people and I’m fine, I’m on top form, but not for long, and then she has to deal with the exhausted me at home. I take medication to help deal with it because I realise now that I’ve had my life, it is what is it, and if I can make things easier for the people around me, especially my family, then I have to do it for their sakes.” 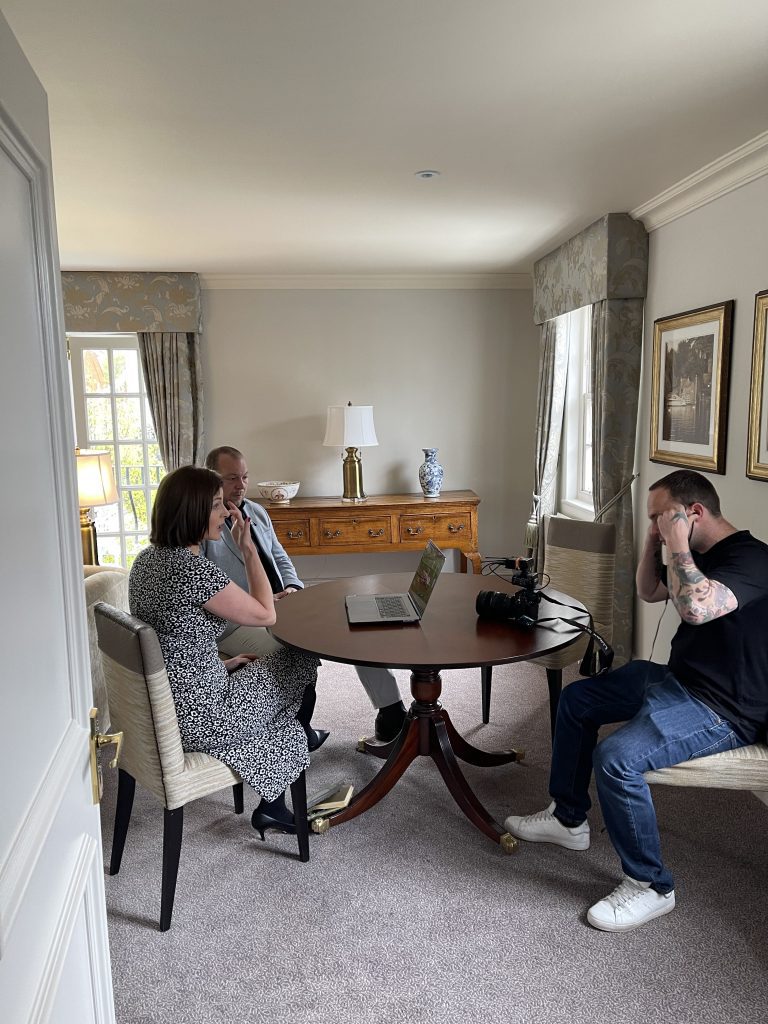 Steve’s openness about his condition led him into a role as Health Awareness Campaigner with occupational health and wellbeing provider Medigold Health in Northampton. Speaking publicly about his illness is something he hopes will inspire others dealing with life challenges.

“I’m very privileged to be working with a great company and being able to go out there and talk to people not just about brain injury and early onset dementia, but also all the other illnesses that can affect people in the workplace,”

“Mental health is so important, so many people have found it difficult over the past couple of years, coping with COVID and lockdowns and are finding it tough getting back into the workplace.

“I want to talk to them about how I deal with my illness and maybe inspire them, encourage them to deal with their own issues, and that’s something that means so much to me.”

Unforgettable: Rugby, dementia and the fight of my life by Steve Thompson is published by Bonnier Books